Posted on September 20, 2013 by Eurocrisis in the Press

Populism as a term reappeared in everyday public discourse in Greece with the first protests against the memorandum with IMF, EU and ECB and its concomitant austerity policies. The polarisation at the base of the populism/anti-populism dichotomy has been exacerbated on both a social and a political/ideological level. Every articulation of popular demands was denounced by the predominant power block as a populist one. All collective practices were stigmatised as populist and stripped of their political meaning. Everyone who distances himself even a minimum from the dominant neoliberal crisis management discourse was and is dismissed as a “populist”.

Politicians who implement those measures and the groups of intellectuals, writers, journalists who are tasked with the ideological legitimacy of these policies use populism pejoratively as an accusation, a blame. Yannis Stavrakakis in his book titled Populism, Anti-populism and the Crisis (in greek) [1] offers many such examples such as Anna Diamantopoulou (former Minister of Education) who branded the recourse to the elections as ” temporary victory of populism”, or  Kostis Hadjidakis (current Minister of Development and Competitiveness) who featured populism as the biggest enemy of Greece, and Evangelos Venizelos (Minister of Foreign Affairs) who declared that extreme populism can turn the economic crisis into a national tragedy. Nicolas Sevastakis, co-author of the book Populism, Anti-populism and the Crisis, highlights two characteristics of modern anti-populist discourse. Initially, he points out that its development was based on the belief that populism, and especially left-populism, is “the cause of most of the ills facing the country” and therefore a “strategic enemy of any rational policy”. He then gives emphasis to its moral dimension, its explicit desire to reshape the “Greek way” through punishment.

In the book, the authors describe two risks arising from the anti-populist discourse of our time. Sevastakis outlines the depoliticising effects of anti-populist discourse: “the therapeutic normative discourse that refers constantly to the condemnation of populism actively contributes to the spread of more authoritarian and nihilistic versions of social rage. (…) The condemnation of all non-conventional forms of civil disobedience as anti-democratic encouraged far right neo-Nazi forces like the Golden Dawn to claim the field of popular passions and the feeling of the “rebellion against the elites”. On the other hand, Stavrakakis describes another danger derived from anti-populist discourse: “Demonising any reference to the “people”, condemning even the smallest deviation from the hegemonic politics irresponsible anti-populism risks undermining democracy itself.” He also goes a step further by describing the organic role of anti-populist discourse in the broader political landscape: “Part of domestic elites found in crisis an opportunity to restructure economic, political and cultural life in a post-democratic direction. It seemed very convenient to attribute the crisis to populism so technocratic and post-democratic solutions will be automatically legitimized”. 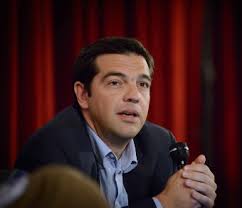 Indeed, the demonisation of populism seems to have popular power as its primary target.  Anti-populism aims, in fact, to marginalise the people and its demands. All kinds of reformers and rationalists are struggling to change the meaning of politics. They dream of a “democracy without the demos”, a post-democratic consensus, a dehydrated politics stripped of the antagonistic dimension that lies at its core. The distinguished professor of political theory Chantal Mouffe refers to these fears in her book “On the political” in which she invites us to recognize the antagonistic dimension as constitutive of the “political”. She points out that to “capture the goal of democratic politics in terms of consensus is not only conceptually wrong but also full of political risks”. In the epilogue of her book, she becomes more specific by saying that “the belief in the end of an antagonistic form of political and in the overcoming of the left-right divide, rather than helping to establish a peaceful society, paves the way for the development of right populist movements.”

In times of battle of ideas, intellectual challenges should not be left unanswered. To this task, the esteemed theorist of populism, Ernesto Laclau, may help us deconstruct the allegations of anti-populists. Populism, for Laclau, is a neutral term and whether it should be reactionary or not depends on the content of its claims. Populism can be derived from any place in the socio-institutional structure and from any location in the left-right spectrum. Finally, it does not define the practical politics of the various organisations but it is a way of articulating demands. On this understanding, populism is not by itself an element of extreme political behavior.

More specifically, populism arises when there is a series of political and discursive practices that constitute a popular subject. One fundamental prerequisite is the division of the social field. This division results from the formation of a chain of equivalence by a series of social and economic demands that remain unfulfilled. Applying this paradigm to the Greek reality makes obvious that our predicament meets all the above mentioned conditions. The emergence of populism is inevitable or rather desirable. It is desirable precisely because it is necessary to overthrow the austerity policies. The imposition of the memorandum can be considered as a moment of dislocation, when the established social relations are dissolved and the field of signification is opened. Now we are at the crucial juncture; at the moment of the articulation, of the search for the predominant empty signifier that will express the chain of equivalent -unsatisfied- requests, at the moment of the struggle for hegemony.

Using the words of Yannis Stavrakakis we can say that “there is a responsible populism, carrier of democratic reforms and social change. The articulation of a “progressive populism” is the more responsible stance we can imagine”. This view finds many supporters in theory, such as Etienne Balibar and Daniel Cohn-Bendit. The anti-populists with their crusade against populism remind us of the fighting of windmills in “Don Quixote”, because populism, according to Margaret Canovan, is registered in the very nature of modern democracy, it is the shadow of democracy.

[1] I choose to examine specifically this book as indicative of the debate on populism conducted in Greece. The book is an outcome of conference “Populism, anti-populism and democracy”. This article has firstly appeared in Greek