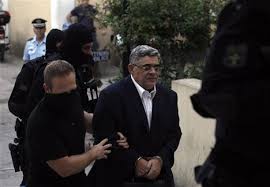 Respected commentators of domestic politics in Greece often point to the rise of extremism in the country in the form of radical right-wing formations, such as the infamous Golden Dawn, by citing the lack of a deep culture of tolerance in the country, its incomplete democratisation or the deeply entrenched populist sentiments of the average Greek. The argument here tends to be that there is something profoundly rotten in the Greek collective psyche, something that cannot simply be reduced to the dire social and economic conditions caused by the austerity measures and their prolonged recessionary effects. Other countries are experiencing similar circumstances, the argument goes on, including rising debt levels, dismal or negative growth and high unemployment but have not witnessed such an upsurge in right-wing extremism. The explanation provided here is that Greece represents a peculiar case of a backward country with weak institutions, an embedded culture of intolerance and third-world levels of populism, corruption and clientelism.

I would have no quarrel with such claims if only they were not running the risk of offering only a symptomatic reading of the situation and thus becoming involuntarily complicit to the very evils they would like to extirpate. What is often neglected or insufficiently acknowledged in such kind of modernist analyses is that the uniqueness of the Greek case does not arise from the ‘arrested development’ of the Greek political culture but from the sustained practices of specific (not nameless) political forces that have governed the country over the last 40 years. One should not forget (although it is not openly admitted) that the Greek republic has practically gone bankrupt without the culprits (through deeds or omissions) of the country’s disgraceful collapse having ever been condemned or even prosecuted. Indeed, to add insult to injury some of the prominent political figures that share a great deal of responsibility for the country’s current woes are still in power or remain unaccountable enjoying the protection and respect of a political class that seems to have lost touch with reality.

It is often said about the Greek case that the real problem of the country is not economic but political. A demoralised political elite is called to deliver a grand scale programme of reforms that involves changes the mainstream parties do not believe in or begrudgingly carry out. The existing coalition between PASOK and ND is under constraints by its European partners to fulfil their promises for structural reforms, i.e. liberalisation of the labour market, changes in the tax system and further cuts in public spending through the restructuring of a not necessarily overbloated but surely dysfunctional public sector. Yet, the Greek political system seems to be playing a game of cat and mouse with the troika, essentially fighting rear guard battles in order to avoid hurting its clientelistic networks that have sustained it for so long. This is undeniably a short-sighted strategy but few would expect more from political parties characterised by inertia, regime-like mentality and a sense of immunity and unaccountability. 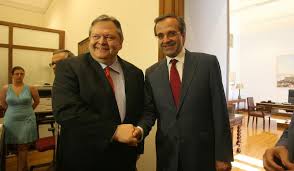 The Greek population frustrated by five consecutive years of depression, the repeated refutation of reform pledges and the pathetic chorus of media propaganda that sounds increasingly hollow to their ears has developed a growingly eerie feeling of entrapment and despair. The opposition represented by the leftist party SYRIZA does not seem able to capitalise on the poor performance of the government policies nor build a wider coalition on the basis of a reliable roadmap out of the crisis. Voters seem almost instinctively reluctant to trust the nebulous promises and obscure proposals of the leader of the opposition Alexis Tsipras. What is often lamented by political commentators is that, despite its rhetoric, SYRIZA has not until now convinced a critical mass of the population that it stands for a true ‘anti-systemic’ party able to offer a viable alternative to the present stalemate rather than a reproduction of past impasses.

As far as the forces of the so-called ‘moderate Centre’ or ‘the pro-European coalition’ is concerned, they seem to be equally in disarray. PASOK is confronted with the prospect of utter disaster in the next elections as its electoral appeal seems to be steadily dwindling while ND is worried that, after the next elections, there will be no responsible centre-left partner to form a government with. The anxiety from the lack of a viable third pole between SYRIZA and ND is so intense at the moment that several experiments are under way, such as the recent ‘Manifesto of the 58’ signed by a number of moderate and reform-minded luminaries of the centre-left. Despite the good intentions and the line-up of eminent personalities, however, the declaration still seeks a compromise with the existing uninspiring elite unwilling to sever links with a tainted past. It is hardly accidental, for instance, that the document was positively received by the current PASOK leader and other former party cadres that enjoy very low popularity and convey limited confidence, not necessarily because they harbour anti-populist feelings but, more likely, because they have been tried before in positions of power and have failed to effect any significant changes. A political system in despair regurgitates the same disqualified structures recycling the same discredited individuals in the hope that society won’t notice.

This is the true political predicament or, one might say, the tragedy that has propelled Golden Dawn up to 13% in the polls before the arrest of its leaders and is sustaining it in the third place even after the revelations of its criminal activities. Greek society is witness to the chameleonic transformations of a blocked and unrepentant political system that impedes genuine political change while not taking full responsibility for the country’s stagnating productivity, skyrocketing unemployment, surging anomie and lack of accountability, and world-wide defamation. The majority of reform-minded, progressive Greeks can hardly be duped by the tricks and opportunism of an ailing establishment that refuses to step down and let the corrupt entanglements that hold the country captive be dismantled. Let us not forget that populism in itself can be forward-looking, if it turns against rigid structures and articulates progressive political demands or regressive as in the case of the Greek political establishment’s endemic attachment to practices that sustain clientelism and crony capitalism.

Rather than the lack of education and cultural capital or some inherent Greek predilection to racism and intolerance (if one has a look at the composition of Golden Dawn’s electoral appeal, one may regrettably discover that it is largely voted by middle-class, relatively well-educated, usually jobless, young adults), it is the absence of genuine political alternatives that fuels the desperation of the electorate. Unless the channels to an authentic, non-manipulated political change in the country are unblocked, egregious phenomena such as the rise and activities of Golden Dawn should not surprise anyone. Not least of all the European creditor countries that not only seem to be insisting on an austerity programme that defeats its own purpose, but have to willy-nilly rely on a lame duck for its implementation, the same elite which is responsible for the country’s demise.

Note: This article gives the views of the author(s), and not the position of the Euro Crisis in the Press blog, nor of the London School of Economics.