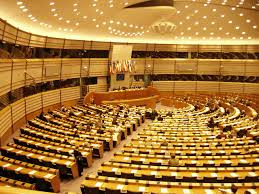 Elections to the European Parliament (EP) are generally considered second-order. The EP does not appear to have far-reaching competences, neither in legislative matters nor in electing, supporting or overthrowing a government. As a consequence, voter turnout in European elections is generally much lower than in national elections, with a tendency to decrease over time.

Will the upcoming elections to the European Parliament change the tide? The parliament that will take office in June 2014 will command more power than any European legislature before it. Besides its significantly expanded competences in legislation, it is entitled to elect the President of the European Commission. Of course, the Commission President is not comparable to a head of state or government of a Member State. He or she does not have the power to determine the political objectives of the EU, let alone the overall course of European integration.

At best, the President can put forward proposals for legislative acts and major steps in integration. Furthermore, he or she is expected to define and forge the necessary consensus among the Member States in order to achieve progress in decision-making. Yet it is the governments of the Member States themselves, represented in the Council of the EU and the European Council, which take the major decisions on these proposals, even though in the formal legislative process they share these competences with the EP.

Does this mean that the Commission President is just the head of an administrative service whose performance does not count in European affairs? Looking at the past, such a conclusion cannot be maintained. On the contrary, the history of European integration shows that the personality of the incumbent, along with his/her knowledge, vision, political experience, strategic and tactical skills – in short, leadership – does matter a great deal.

For example, during his presidency Jacques Delors (1985-1995) served as an eminent political leader. He was able to shape minor and major integration steps alike and even to a certain extent to transform the institutional setting of the EU, in spite of the limitations of his office. During these years, national governments largely accepted his proposals and were willing to give their consent to major advances in integration. This was not least due to Delors’ persuasive style.

His successors were less successful: Jacques Santer (1995-1999) mainly served as a mediator in face of the ever-present conflicts among the Member States. He rarely launched initiatives of his own and was forced to resign along with the entire Commission in a cabinet scandal. Romano Prodi (1999-2004) had a clear vision for the future course of integration, but lacked the strategic and tactical skills to transform it into acceptable proposals. José Manuel Barroso (2005-2014) has been considered to adapt to the wishes of the Member States, particularly of the most powerful ones, instead of leading the way forward.

Thus we may conclude that weak Commission Presidents who are unable to define and advocate the political objectives for both minor and major integration leave a vacuum in European affairs. National governments, represented through the two Councils, are largely unable to fill this vacuum by collectively providing leadership to the EU. Their primary function in the European context is to formulate and defend their national preferences and interests.

Where they attempt to provide political leadership, their decisions are often framed in favour of the most powerful Member States. By contrast, strong Commission Presidents are able to define the common interest of the Union as a whole, and to forge the necessary compromises required to shape common actions in such a way that they are compatible with the socioeconomic and political conditions in individual states.

At present, the EU faces a deep crisis, which began as a financial and sovereign debt crisis, but soon spilled over into the political system of the Union. Thus major dissent among the member states – some states even threaten exit – has resulted in non-decisions, weak compromises, or sub-optimal choices. In addition, Euroscepticism has spread rapidly among the citizens of Europe, in both those states that are most severely hit by the financial crisis and those that are expected to practice solidarity on a European scale.

In this situation, a Commission President with a clear vision about the way out from the impasse, with the ability to define short and long-term objectives for the EU, as well as with the necessary skills to forge compromises among the Member States, would be of utmost importance. In short: more than ever, the EU needs a Commission President who is able to define the common interests of the Union as a whole and, at the same time, to take into account the needs and interests of each individual state and its respective constituencies.

Will the EP be able to elect a Commission President who has these characteristics? The procedure for this election, as laid down in the Lisbon Treaty, does not give the EP the right to freely choose a nominee. It is the European Council which proposes a candidate, who will then be elected (or rejected) by the EP. Yet, proposing a candidate who does not match the preferences of the Parliament, thus risking a veto, is not a viable option for the European Council. In fact, when choosing a candidate, the heads of state or government must take into account the results of the EP elections.

What might the preferences of the EP be? Judging from its performance to date, particularly in those situations where the EP voiced its strong opposition or vetoed Council decisions, we may assume that the Parliament will prefer a candidate with a specific profile. Most probably, it will opt for a nominee who not only promotes neo-liberal objectives of economic integration, but will more clearly advocate citizens’ interests: issues such as civil rights, social justice and environmental protection. Therefore, it is highly probable that the new procedure for electing the Commission president will result in the nomination of a person who will pursue a broader set of objectives.

Against this background, it goes without saying that this time it is important for EU citizens to go to the polls. European elections are no longer second-order – they are of primary importance. Particularly in times of deep crisis and widespread Euroscepticism, the playing field should not be left to those who aim at dismantling the European Union or who perceive it as a superfluous political monstrosity. Instead, it is important for people to vote for parties that see the EU as a necessary arena for mediating the multifaceted conflicts among European nations and, at the same time, for shaping integration in a way that serves all.

This article was originally published in Europpblog

Ingeborg Tömmel – University of Osnabrück Ingeborg Tömmel is Professor Emeritus and Jean Monnet Chair in European Politics and Policies at the University of Osnabrück, Germany. Her most recent publications include an article on the Commission Presidents in the Journal of Common Market Studies and a textbook entitled The European Union: What it is and how it works to be published with Palgrave Macmillan.