First reactions after such ambiguous and hotly disputed events always hide considerable dangers and possible errors of judgement. Nevertheless, some analysis has to be attempted bearing in mind that many unknowns remain to be seen and many riddles to be 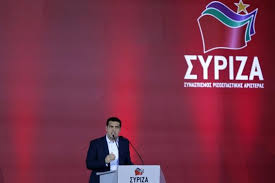 solved. The Greek elections are already heralded across Europe as a watershed signalling consequences of enormous proportions for better or worse. The truth usually lies somewhere in the middle. Three things can be said with certainty.

First, what has to be granted unambiguously is that, despite the loss of the outright majority in parliament, this is a landslide victory for Syriza which managed to capitalise on the people’s frustration and anger after five stagnant years of brutal austerity. It is not a coincident that electoral support for Syriza cut across the dividing Left-Right fault lines as the Greek population experienced the troika-backed programme as a form of collective punishment. Syriza is now confronted with the challenges of the next day. ‘Re-negotiating’ a new package deal may prove a lot more dangerous than what the party’s masterminds might have initially expected. Even if some breathing space is granted to the new government and a new less burdensome agreement is eventually struck, some version of an austerity programme will have to be put in place possibly renamed as a ‘national reconstruction plan’. If Greece is going to benefit from Draghi’s huge QE scheme, the new government will have to call its revolutionary dreams off for a later stage.

However, if this new reconstructive plan does not combat widespread corruption, tax evasion and state bureaucracy the deadlocks that led to the collapse of the Samaras government will soon be reproduced. Syriza leaders seem to understand that the only way Europe will listen is if they are prepared to unravel the oligarchic structure of the Greek economy and bring down the domestic kleptocracy. This is a herculean task and doubts are raised about their ability, or even sincerity, to dismantle the clientelistic networks that hold the country captive and stifle its economic potential. After all, Syriza was quickly embraced by ex-members and voters of the totally discredited socialist party (Pasok) and many fear a repeat of the hollow hopes engendered by the rise to power of Andreas Papandreou in 1981, a figure Alexis Tsipras is often compared to. Despite the possible setbacks and doubts, however, the people’s feeling is that the country is making a fresh start. Yet, if this feeling is not to be quickly turned into a nightmare, Syriza has to rapidly show signs that it can achieve what Samaras failed to deliver, i.e. put the country on the track of sustainable growth by reforming the state and attracting investment. In other words, success for Syriza is a two-side story: negotiate a new debt restructuring deal that will inevitably include some austerity measures in order to secure the country’s inclusion in the QE programme and launch a large-scale plan of domestic reforms. Both tough to achieve and interrelated as one cannot be had without the other while time is extremely limited. A mind-blowing challenge even for experienced politicians.

On the other hand, the right-wing party ND was heavily pounded by the electorate for two main reasons. After the negative result of the last European elections, populist sentiments prevailed leading the party astray of its reform pledges. It seems that Samaras himself never really believed in the reform agenda preferring to introduce a hugely unpopular property tax (ENFIA) rather than fight corruption, reform the tax system and oppose crony capitalism that is eating up the Greek economy. The majority of the people felt that their sacrifices were being squandered by a government that was bent on raising revenue from the usual suspects (wage workers and pensioners) rather than squeeze its clients. The second reason is almost a necessary outcome of the first. ND’s electoral campaign was a sheer disaster investing on fear and admonitions of doomsday and bank runs should Syriza win. The pre-election competition became a Manichean struggle between ND’s petty fear-mongering and the promise of hope represented by Syriza. Passion and emotional investment are always inseparable elements of the democratic process but, when fury and despair abound, terrorising tactics tend to backfire. Reason, in any case, is a rare commodity in Europe at the moment given the slumber of the European elite that produces populist ‘monsters’ in the periphery, to remember Goya.

Speaking of monsters, the third remarkable feature of these elections is the tenacity of extreme-right wing populism. GD managed to secure 6.3% suffering only a slight reduction of its electoral power from the previous elections despite the fact that most of its leaders are incarcerated. GD represents a phenomenon that leaves most domestic commentators rather disoriented and at a loss for analysis. The Greek media and political system tried many tactics against them, first co-optation and then isolation. Both failed miserably inviting the conclusion that GD is a political formation with a rock solid base and permanent characteristics. However, the conclusion that Greeks were reborn racists or Nazi-sympathizers overnight must be resisted. This is a nationalistic party whose electoral base needs further investigation but the extreme right is not a new political force in Greece (it is often forgotten that it had scored a similar result (7%) in the 1977 elections). It was simply hibernating or subsumed under ND tutelage until the crisis unleashed centrifugal forces that restored the extreme-right as an autonomous contender.

Syriza is not a disaster for Europe neither a panacea for the toils of the Greek people. What the future probably holds in store for both sides (EU and the new Syriza government) is a series of hard negotiations and brad-de-fers that one can only hope won’t lead to an accident. Syriza’s victory might signal a long-overdue policy change that would remedy the imbalances of a poorly designed currency union. On the other hand, if the Greeks labour under maximalist illusions of debt write-off and return to a paradise lost they are surely in for a sorry landing.