Posted on March 9, 2015 by Eurocrisis in the Press 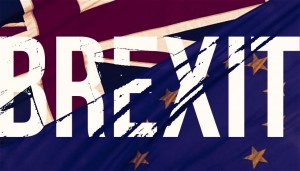 In September 2014, the UK survived one of the most serious threats to its constitutional existence – the very closely run Scottish referendum on independence.

That this was indeed perceived as a huge risk to the continuance of the UK is illustrated by the almost desperate nature of the last minute ‘Vow’ made by all three party leaders to accord greater powers to Scotland if necessary to maintain the Union.

Therefore, the risk of such further constitutional instability should be taken seriously. Yet this is not happening, given the neglect of the impact on the devolution settlement of any future UK exit from the EU. The consequences on devolution tend to be the least discussed aspect of any ‘Brexit’.

Different approaches to the EU

The first thing is to consider some highly relevant facts. The devolved nations tend to be less eurosceptic than most of England (although we should not forget London, which bucks England’s eurosceptic trend). How each constituent part of the UK would vote is not certain, but according to 2013 House of Commons figures, 53% of Scots said they would vote to stay in the EU, compared with a third who said they would vote to leave.

This was in contrast to attitudes in England, where 50% said they would vote to leave the EU compared with 42% who would vote to stay in. At the last European Parliament elections in May 2014, UKIP gained the largest percentage of votes in the UK overall, with 27.5%, but in Scotland only 10.46% of the vote.

Furthermore, Scottish, Welsh and Northern Ireland governments have expressed opposition to the prospect of leaving the EU. For example, the Scottish Government’s ‘Agenda for EU Reform’ disagrees with the proposed renegotiation of Britain’s EU membership, does not support the potential subsequent referendum, and believes EU reform can be delivered without major treaty change.

Further, the impact on the island of Ireland of a UK exit from the EU should be considered. It could be source of great instability.

Irish and UK history are much intertwined and, were the UK to exit the EU, it would mean an external border of the EU would run through the island of Ireland. This shared border has long been of enormous symbolic and practical importance. What would happen to the Common Travel Area between the two islands if the UK exited the EU? Would visa requirements and customs duties be imposed?

The Belfast or ‘Good Friday’ Agreement of 1998, which is an international treaty signed by the UK and Republic of Ireland (approved by referenda in both Northern Ireland and Ireland) enshrined North-South and British-Irish co-operation.

It includes many provisions concerning EU (and ECHR) law, and the status of the UK and Ireland as EU member states is woven throughout the Agreement. Indeed, the section entitled ‘Agreement between the Government of the UK and the Government of Ireland’ speaks of ‘close co-operation between (the) countries as friendly neighbours and as partners in the European Union’.

However, a UK EU exit would have consequences for the future of the Good Friday agreement and, in particular, implications for Anglo-Irish co-operation in dealing with cross-border crime and terrorist activity. To give just one example: the UK and Ireland make frequent use of the European Arrest Warrant (EAW).

Figures indicate that since the EAW entered into force, the great majority of requests made by Northern Ireland for surrender of persons have been to Ireland. Prior to the introduction of the EAW, a number of measures in the UK and Ireland regulated extradition proceedings, and resurrecting these would be a painful process, fraught with difficulties and potential for endless litigation. While the EAW has not always functioned ideally, a return to bi-lateral extradition conventions and other measures would be very undesirable.

The peace process in Northern Ireland is unfortunately not irreversible, but it has been unforgivably ignored (with a few exceptions – see eg Dominic Grieve’s reminder here) in UK discussion on whether to withdraw from the EU, or ECHR. It is also likely to be ignored in Brussels, where there is some impatience with British demands in any case.

Impact on the UK Constitution

An EU exit could wreak havoc with the devolution settlement, risking a constitutional crisis. Both the ECHR and EU law are incorporated directly into the devolution statutes in Scotland, Wales and Northern Ireland. For example, section 29(2)(d) of the Scotland Act 1998 provides that Acts of the Scottish Parliament that are incompatible with EU law or with ECHR rights are ‘not law’. Similar provisions exist in the Welsh and Northern Ireland devolution legislation.

Therefore, although the Westminster Parliament may repeal the European Communities Act 1972, this would not bring an end to the impact of EU law in the devolved nations. It would still be necessary to amend the relevant parts of devolution legislation. But this would be no simple matter and could lead to a constitutional crisis.

This is because, although the UK Parliament may amend the devolution Acts, the UK government has stated that it will not normally legislate on a devolved matter or on any change to the powers of the devolved nations without the consent of the devolved legislature. This requires a Legislative Consent Motion under the Sewel Convention.

However, the devolved legislatures might be reluctant to grant assent, especially as one feature of the ‘Vow’ made to the Scottish electorate was a commitment to entrench the Scottish Parliament’s powers, thus giving legal force to the Sewel Convention. So the need to amend devolution legislation renders a UK EU exit constitutionally highly problematic.

An EU exit referendum and the devolved nations

At first, it might seem that Scotland’s ‘No’ vote for independence would lessen the chance of EU secession, given the relatively greater pro-EU vote in Scotland.

In October 2014, Scottish First Minister Nicola Sturgeon said that if a Bill were proposed in the House of Commons for a referendum on EU membership, the SNP ‘would table an amendment, requiring that for the UK to leave the EU, each of the four constituent nations – England, Scotland, Wales and Northern Ireland – would have to vote to do so, not just the UK as a whole.’

In so stating, Sturgeon was not only seeking protection against any of the UK nations being removed from the EU against their will, but also reminding Westminster leaders of what they had emphasised during the referendum campaign – that the UK is a family of nations, with each member of the family enjoying equal status.

Sturgeon’s point was that to take the UK out of the EU against Scotland’s will would be ‘democratically indefensible’. In arguing this case Sturgeon made comparisons: ‘If you look at states like Australia and Canada there are some circumstances where changes to their constitution requires not just a majority across the country but in each of the provinces as well . . . Germany requires its Lander to sign-off on changes to the Basic Law, through a two-thirds vote in the Bundesrat. So you can see that such double majorities do exist.’

The UK is not (yet) federal

Although, in the frantic last days before the Scottish independence referendum, there was talk of moves towards a ‘federal’ UK, we do not have a federal system in the UK, which currently lacks institutional protections for regional government of the sort that Sturgeon’s examples of Australia, Canada or Germany possess.

The present UK devolution settlement is an asymmetric one, in which England is dominant (in spite of calls for English votes for English legislation). A move to federalism is unlikely (in the short term at least) and however the Smith Commission provisions are implemented, they are in any case unlikely to include greater autonomy for the regions in foreign affairs, or the UK constitution as a whole.

However, as many areas of EU competence are devolved matters, and continued Scottish membership of the EU was a concern in the event of Scottish independence, EU membership is likely to be of great interest in Scotland and probably Wales and Northern Ireland.

The prospect of an EU exit could provoke the demand for another independence referendum in Scotland. In the face of such a prospect, should a potential EU in-out referendum be required to take on a different constitutional form to past UK-wide referenda? Should a requirement be set for a majority of exit votes in each of the devolution jurisdictions before UK withdrawal is possible?

In this context, Sturgeon’s reminder that the UK is ‘a family of nations’ (a view recently publicly shared by Plaid Cymru leader Leanne Wood) accentuates current problems of the UK’s constitutional structures, as well as requiring those, such as Liberal Democrats, who have urged federalism, to take seriously the consequences of federalist principles. Failing this, ‘Brexit’ may be likely to spark another Scottish independence referendum.

To conclude: a British exit from the EU could imperil the very national sovereignty and self-determination and that its advocates believe it will bring about. This is because it risks shattering the delicate balance and stability of the UK by threatening the peace settlement in Northern Ireland and raises the possibility of a further independence referendum in Scotland.

Surely such constitutional risks are not to be taken on lightly? But if so, those calling for an EU exit should give them serious thought.

Sionaidh Douglas-Scott is Professor of European and Human Rights Law in the University of Oxford as well as fellow and senior law tutor at LMH. She was born and grew up in Edinburgh, and studied philosophy, art history and aesthetics before taking a degree in law. Before coming to Oxford, she was Professor of Law at King’s College London. She is also a barrister and a member of Gray’s Inn.

2 Responses to Would the United Kingdom survive an exit from the EU?