Posted on November 26, 2014 by Eurocrisis in the Press 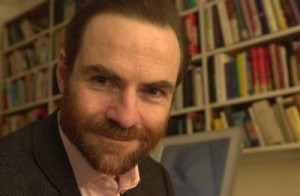 Is it possible to create a truly European public sphere? In an interview with our colleague Stuart Brown, editor of EUROPP, Timothy Garton Ash discusses the failure of efforts to reignite the enthusiasm of citizens for European integration, the importance of European identity, and why the UK is far more European than most people believe.

My view is that we should try, but we shouldn’t ever kid ourselves that this is going to be like a national public sphere. Apart from anything else, we speak different languages, which is a huge barrier. The key for me, in continuing to make the argument for Europe, is what national politicians, national intellectuals, journalists, academics and opinion formers say in their national debates in their own national languages. That’s where we currently have a problem.

If we take the Spitzenkandidaten process as an example, the debates between the prospective candidates for the President of the Commission were watched by around 500,000 people across Europe from a population of over 500 million. Of those who did watch one of the debates, even fewer will have based their voting decision on whether they backed Jean-Claude Juncker, Martin Schulz, or another candidate. So I don’t believe that this process will suddenly reignite enthusiasm among those citizens who possess some degree of scepticism toward the European project.

I think it might have a marginal impact, as indeed do any of these small institutional changes. If you could find someone as President of the European Commission, High Representative, or President of the Council who is an inspiring, attractive figure and is capable of telling a European story, that would have an impact. It’s a pity then that we’ve gone for three perfectly respectable, but not fantastically exciting and inspiring figures in the shape of Juncker, Federica Mogherini and Donald Tusk. But that could have just as easily happened using another procedure.

The real key for enthusing people about the EU again is what it does. If it created a few more jobs, for example, stopped a war in Ukraine, did something for the one in three people in Syria who are homeless, tackled the NSA-style surveillance society, or was seen to be genuinely effective on climate change then it might make a difference. There are a large number of issues that people care passionately about and if you could say, well, ‘there Europe really made a difference’, that’s what could get people fired up again.

Some politicians and commentators, particularly in the UK, might argue that rather than attempting to create a European public sphere or fostering a European identity, the EU should simply focus on narrow practical goals – ‘doing less, but doing it better’.

That’s absolutely fine, but a European identity exists. There’s shared history, shared memory and shared values. We have some of it here in the UK, but we don’t perceive it as such. For example, the NHS is sacred in British politics – nobody can question the NHS. But the NHS is a classic post-1945 European social democratic institution. We’re far more European in the UK than we think we are: from drinking lots of coffee in European-style cafes to having the NHS. So a European identity exists, it’s a matter of reconnecting with the values and memories that people already have.

Now I think Britain is exceptional in some respects because there are very few large countries which are clearly in Europe, but nevertheless have such a level of scepticism towards Europe. There are others who have sceptical views, and there are others who are not quite sure whether they fully belong to Europe, but we’re certainly by far the biggest and clearest example of that.

The tragedy is that if the EU is going to survive and prosper for the next 20-30 years, it needs reform, and Britain has in fact come up with a number of good ideas for the reform of Europe. But all of these ideas – from the LSE, to the Centre for European Reform, and countless other think tanks and universities across the country – are now being discredited and devalued by David Cameron’s approach within the EU, which is transparently not actually about reforming the EU to make it a better place, but about appeasing his back-benchers and UKIP. That for me is the British tragedy: that our own undoubtedly good ideas on European reform are being poisoned and discredited for political reasons.

All of these issues would potentially feed into a referendum on the UK’s membership of the EU. Given the situation in the UK you’ve described, how do you think such a referendum would play out?

There are really two possible referendums. One is the referendum which David Cameron has said he’ll have in 2017. This would be done under a Conservative government, where Cameron has achieved whatever deal he can in a renegotiation, and he then tells the British people to vote ‘yes’ to staying in. You might quote this against me in three years, but I find it very hard to imagine Cameron as Prime Minister going out to campaign for us to leave the EU.

The other possible referendum would be one forced on a weak Labour government, where the Tories keep their own party together by saying they want to stay in a reformed EU, but the deal Labour has negotiated is so inadequate that the electorate should vote against it. That for me is the most dangerous scenario and then I think all bets would be off.

But if Cameron holds the referendum he’s intending to hold it would be a different scenario altogether. Already in the debate we’ve seen people waking up to the reality that it isn’t so great to be Norway or Switzerland: if you want to stay part of the single market you have to obey all of the rules without having any part in writing them. I think that case would only become stronger and if we have that referendum with Cameron campaigning to stay in then I find it difficult to believe voters would opt to leave.

A video of Timothy Garton Ash’s recent talk at LSE is available here. The event was held to mark the launch of the new pan-European online magazine Eutopia.

Timothy Garton Ash is Professor of European Studies at the University of Oxford, a Senior Fellow in the Hoover Institution at Stanford University, and the author most recently of Facts are Subversive: Political Writing from a Decade without a Name.

1 Response to Five minutes with Timothy Garton Ash: “We’re far more European in the UK than we think we are”