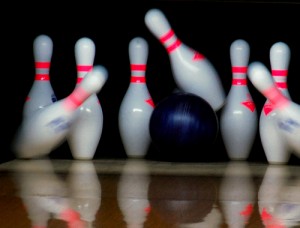 There is perhaps no other field that better illustrates how deeply ingrained clientelism is in Greek political culture than the media sector. Politicians, media and business have long been operating as a ‘triangle of power’, where private and political interests are intrinsically intertwined and where the media function as the means through which these interests are played out. It is this bleak media landscape that a newly published report on ‘Media Policy and Independent Journalism in Greece’ paints with much detail. Drawing upon detailed research, including interviews with key actors, authors Petros Iosifidis and Dimitris Boucas describe the challenges the Greek media landscape poses for policymakers and journalists.

The backdrop of the triangle of power dominating the Greek media system is a weak and inconsistent regulatory framework, incapable of monitoring and controlling state and private interests. The market deregulation that took place in the late 1980s and early 1990s allowed for the proliferation of private media, but not to the benefit of media pluralism. Instead, it led to an excessively augmented and financially unsustainable media market, with high levels of media concentration in the hands of Greek businessmen with interests in other sectors of the economy, a lot of them dependent on public contracts, such as shipping, telecommunications and refining. In this context, private media have been long used as powerful means of influencing the government and as platforms for indirect profit through the strengthening of relations with politicians and the acquisition of state contracts.

These conditions have been exacerbated and, as the report puts it, the ‘triangle of power’ has been tightened during the financial crisis that has hit Greece more severely than any other European country. Under conditions of austerity, sales and advertising revenue have declined, making public contracts even more of a significant form of revenue for media owners, and turning the media into loudspeakers of governmental austerity policies. At the same time, the closure of a number of media platforms, print and electronic, unavoidable in a crisis-hit market of excess supply, has severely deteriorated working conditions for journalists, increasing unemployment, job insecurity, and minimally-paid freelance work. These pressures, coupled with attacks on journalists by police and extremist groups, including the Golden Dawn party, have rendered journalism a precarious profession and brought Greece to the 91st position in the 2015 World Press Freedom of Speech Index.

The closure of ERT, the Greek state broadcaster, after a shocking unilateral decision by the then government in the summer of 2013, was a crucial point in this demise of Greek media. Apart from the overnight dismissal of thousands of employees, the decision to close down ERT was a direct attack to the idea of public service. This idea has never fully developed in the Greek media system, both because of the level of corruption in the private media sector and due to the fact that ERT had always been a state channel rather than a public service broadcaster. However, it was the closest the country had to public service, and the only broadcaster unrestricted by private interests. Media plurality has been further undermined by ERT’s successor, the dysfunctional NERIT, whose personnel have been directly appointed by the government.

An important consequence of the closure of ERT, and one that the report pointedly highlights, was the exclusion of the state broadcaster from the ongoing competition for the handling of digital terrestrial television. In a blatant example of media corruption and weak regulatory framework, and given the absence of ERT as the only strong competitor, digital terrestrial television is currently monopolised by Digea Digital Provider S.A., a consortium of the main private television stations, which hold equal shares. Unsurprisingly, this development has been underreported and, therefore, mainly absent in public discussions.

This dysfunctional state of the Greek media system, as illustrated in the report, is the outcome of a long history of state intervention and private interests infiltration. As Greek politics is currently at a crossroads, with the end of the forty-year dominance of the two main parties, New Democracy and PASOK, and the ascent of the Left wing Syriza in the last elections, the media sector also seems to be going through a transitional period. Syriza, an outsider of the web of power supporting and supported by the Greek media, has been victim of the pro-status quo and pro-austerity coverage of mainstream media, expressed in a fear mongering campaign against the party, whose win was constructed as a risk for Greece’s future in the Eurozone. The fact that Syriza pledged to destroy the Greek oligarchs in its pre-election campaign further fueled its negative coverage by the mainstream media.

A first success towards the destruction of media oligarchy was the arrest of media mogul Leonidas Bobolas for tax evasion at the end of April. Bobolas is CEO of Ellaktor, a construction company, and also owns, along with his family, the publishing group Pegasus, which comprises a number of media properties, including the major television channel, Mega. He was almost immediately released after paying 1.8 million euro. His arrest received minimal coverage in the main media, as did the government’s warning earlier in April that Greece’s private channels collectively owe about 25 million euro. This can only be seen as the beginning of a battle to detangle the triangle of power that has been dominating the Greek media system for decades. Considering the extent of media corruption, and the fact that the current government is fighting on a number of fronts, this battle seems like a Herculean task.

A more recent development is the re-opening of ERT, which was scheduled for 25 May (so far the process seems to have begun but the channel has not begun broadcasting). The new ERT has pledged to function under four principles: transparency, pluralism, inclusiveness and independence from any party or governmental intervention. The government, however, has already been accused of lack of transparency regarding the choice of the members of ERT’s executive board, which has been seen as a choice serving party interests and the personal preferences of the Prime Minister rather than the public interest. The other big challenge that the government will have to face is under what conditions the new ERT will be re-established. In his pro-election manifesto, PM Alexis Tsipras promised to rehire all employees of the state broadcaster who lost their jobs with the closure of ERT. There are, however, two blank points in this promise. First, it seemingly fails to acknowledge the need to restructure ERT, which is an oversized institution, especially considering the size of the country. Second, a number of previous ERT employees were appointed through a system of patronage common to all previous governments. The conditions under which these employees will be reinstated are unclear.

The new government has a real opportunity for restructuring the media sector, in a way worthy of a democratic country. The battle is deemed to be hard but if the government keeps to its promise for transparency, it will have the public support needed to undertake the challenge. Another big challenge, however, and one that will take more than mid-term measures to face, is altering the broader civic culture. A media system dominated by corruption, tabloid news, political propaganda and a weak, if not non-existent, idea of public service, has undermined public life and political culture for decades. Apart from a few noteworthy exceptions, such as Unfollow or The Press Project, the online news space is similarly characterised by misinformation, conspiracy theories and expressions of extreme nationalism and xenophobia. Greece is the EU country with the greatest levels of distrust in media, coupled with, until recently, the lowest levels of confidence in the government. Changing all this and invigorating the public sphere will require much more time and organized effort. Continuing the attack on media corruption and avoiding mistakes in the reopening of the state broadcaster, which should now finally be a real public service broadcaster, will only be the first steps in the right direction.

Maria Kyriakidou is a Lecturer in Cultural Politics, Communications and Media at the University of East Anglia. Her work focuses on the mediation of distant suffering, the role of representation in globalisation, cosmopolitanism and discourse theory. She is also interested in the way media discourses on the Euro Crisis construct and reproduce national stereotypes and divisive lines among the European counterparts. She holds a PhD in Media and Communications from the LSE and is an Associate to the Southern Europe International Affairs Programme of LSE IDEAS . View all posts by Maria, follow her on Twitter @Maria_Kyriakid or visit her profile on academia.edu.

Note: This article gives the views of the author, and not the position of the Euro Crisis in the Press blog, the Media Policy Project blog, nor of the London School of Economics.

This entry was posted in Europe, Greece, Maria Kyriakidou, Media and tagged Accountability, Corruption, ERT, Greek media, Journalism, media, Media ownership, Media Systems, SYRIZA. Bookmark the permalink.
We use cookies on this site to understand how you use our content, and to give you the best browsing experience. To accept cookies, click continue. To find out more about cookies and change your preferences, visit our Cookie Policy.