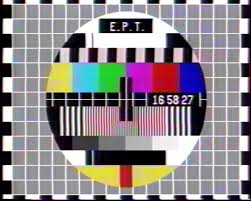 Greece is once more in turmoil. The sudden and shocking shutdown of the state television and radio network, ERT, by the government last Tuesday was met with angry demonstrations not only by the virtually 2,600 employees of the organisation, who were made redundant in a matter of a few hours, but by the large majority of the Greek public, who rushed to demonstrate in support of ERT and its employees. The government’s move is deemed to undermine the already sensitive balance in the coalition government and to further reinforce public mistrust. At the same time, it has set in motion a battle of words, which in each faction is based on faulty premises and detracts attention from other serious aspects of the issue.

The first absurdity in the debate is the rationale for the organisation’s closure provided by Prime Minister Antonis Samaras and New Democracy MPs. Samaras described ERT as a “symbol of corruption and waste”, and the reactions to its shutdown as “the last spasms of a benefit regime that is collapsing”.  Along a similar line, the spokesman for the government, Simos Kedikoglou, who has worked as a journalist for state television in the past, characterised ERT as a “typical example of unique lack of transparency and incredible waste”, and attributed its sudden closure to the fact that “there is no room for delay, hesitation or tolerance for sacred cows”. Ironically, when the government of PASOK suggested the restructuring of ERT less than two years ago, Kedikoglou was defending ERT as a “national treasure”. What has happened in the meantime that might have changed his mind? For once, Samaras appointed as a Director of ERT a journalist who built his career as newscaster of lifestyle and gossip news in one of the country’s commercial television channels. The debate over this controversial move did not deter the government from hiring the daughter of a former minister as a presenter with a very high salary, which was not discontinued even when the presenter’s show proved to be a failure, a scandal that made it even to the pages of Der Spiegel. In this context, ERT’s “corruption and waste” are but a reflection of government policies. Promises for re-launching ERT as a restructured organisation by this same government can only sound credible to the ears of the naïve or the politically indoctrinated.

Equally absurd, however, are the claims by those who argue that the government’s decision was a blow to the freedom of the press, especially when coming from its newly unemployed journalists. This claim assumes that there was such a thing as journalistic freedom of expression in ERT, which has never really been the case. Describing ERT as the Greek equivalent of the BBC is misleading and factually wrong. The only commonality is that both institutions are publicly funded. Besides that, although ERT’s existence has been justified in theory on the basis of the provision of a public service, it has always been a state channel. Directors have always been appointed by the government and it has been common practice for a number of ERT’s personnel to change with the formation of each new government. This kind of patronage has led over the years to the swelling of this institution to unsustainable levels, as is indeed the case with most of the Greek public sector. It has also enabled direct and implicit forms of censorship, which have contributed to the recent dramatic deterioration of press freedom in the country.

In this context, ERT has been largely a political instrument for governments rather than a broadcaster focusing on the provision of public service. Its sudden transformation in public discourse from a deplorable media institution to a symbol of journalistic integrity and resistance to the political regime is symptomatic of a pendular political behaviour, which lacks consistency and is susceptible to extremes. Furthermore, arguments against the government’s decision that focus on the people rather than the institution of ERT are divisive of public opinion. Support for ERT’s journalists and employees is being countered by arguments about the unnecessarily oversize of the institution, not to mention the reportedly extravagant salaries of some of its journalists, which are provocative to public sentiment, especially to social groups hardly hit by the crisis. 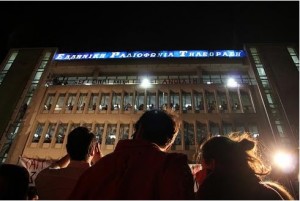 Both sides of this debate, however, lose sight of what is really at stake. ERT is not just an aggregate of its employees and Government practices. It is most of all an institution of immense social and cultural significance for public life. The fact that it has been misused and abused by each and every government or that it is largely staffed by unqualified personnel should be irrelevant to the value of the institution per se. ERT, as any other public broadcaster, is essential for any society that wishes to preserve the idea that not all information, entertainment and cultural production have to pertain to the demands of commercialism, which serves the lowest common denominator. Given the current state of the commercial broadcasters in Greece, ERT’s presence seems the only way of catering the public with cultural products whose value lies in their artistic quality rather than in sensationalism. Of course, ERT did not always offer this kind of programmes; it was, however, the only broadcaster that could afford to do so. The liberty of not being affected by audience rates also meant that, unlike other television stations, ERT was never inclined to host members of the Golden Dawn party and allow hate speech for the sake of sensationalistic impressions. Characteristically, the neo-Nazi party was the first to express satisfaction with Samaras’s decision, blaming ERT for having always criticised its positions and excluding the voices of its MPs. Finally, ERT has been at the forefront of cultural production in Greece, having hosted a number of the country’s most celebrated artists and currently owing an impressive archive of national and historic significance, the fate of which after the sudden closure remains unknown.

It is for these reasons that the government’s decision was a blow to Greek public life, and certainly not  because ERT has been the “voice of the Greek people”, as it has been described over the last few days. ERT, and especially its news broadcast, has most often been the voice of the Greek government rather than of its people. But for that to change, the solution is restructuring rather than sudden closure. This sudden shutdown is of course what is most problematic here: if Samaras was hoping to bring across a message of determination for reform, he has committed a serious miscalculation. His decision was widely translated as an authoritarian move both at the domestic and international level. Again, however, the authoritarianism of his act does not stem from the fact that he decided to shut down a media institution depriving Greeks from their rights “to quality independent information”. This claim trivialises all the previous restrictions the current and previous governments have set to independent information. Samaras’s decision is authoritarian because it shows a government that does not hesitate to leave thousands of people unemployed overnight, without warning or provisions for their future, in the pursuit of political ends. Such a practice undermines any premise of social dialogue for dealing with the crisis and its consequences, and it is a blow to any remaining public trust the Greek people might still have in their government.

The battle for ERT is, therefore, not a fight for free speech; this battle was lost long ago, without ever being really fought. The fight should be for rescuing the idea of a broadcaster that is not led by commercial private interests, even in times of crisis; it is also a fight against a government who is more inclined to short-sighted political manoeuvres rather than thoroughly designed structural reforms. As this piece is being written, the Council of State is set to decide on Monday whether to uphold an appeal by ERT’s union against the broadcaster’s closure, which will temporarily freeze the Government’s decision. If this happens, it will be interesting to see whether the rules of the game have been irrevocably changed: will the fragile unity of the coalition Government recover? And most importantly, will the journalists of the state broadcaster be willing to continue their condemning reports of political corruption they have been feverishly working on over the last few days? The story is to be continued…

8 Responses to The struggle over the Greek national broadcaster: a debate of extremes