By Cristina Marconi and John Lloyd

The European Union occupies a central position in the political and economic life of its twenty-eight members and an important one in much of the rest of the world. Few other institutions of governance have such a controversial role, and its very existence is increasingly called into question by uncompromising critics who wish to see it killed off; and it is much more severely criticised than previously by those who want it radically reformed. 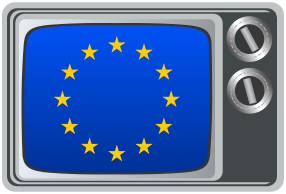 A debate on the legitimacy of the EU’s action has always existed and has been quite trenchant in the past, but it has never reached the current peak. The EU public has never been so engaged with and opinionated about the EU project as it is now: the news media have had to take this into account.

It is clearly important that citizens from the twenty-eight EU countries understand what effect the EU Commission, the Parliament and the Council of Ministers have on their lives – what policies they discuss and approve, what relationship they have with national governments, what assistance they offer to member states, how much they pay to them, what power they have and what powers they seek to have.

Yet until the economic crisis hit Europe in the late 2000s, with severe effects on many of the member states and a major threat to the viability of the fourteen-year-old euro currency used by the seventeen member states in the Eurozone, most national media covered the EU much less than their own political centres of power, which in some cases meant that they covered it very little.

News editors and producers came to view European stories as deadly for readerships and viewers. Even after the crisis, news organisations often suffered from a lack of understanding of the issues and mechanisms under discussion, and/or a lack of sufficient staff to give more than a sketch of even critically important issues.

On the other hand, the amount published about and by the European Union is vast. The Union’s institutions are lavish with news announcements, with briefings, with pre-packaged but often detail-rich interviews with commissioners. Think tanks in Brussels and in all the main capitals pour out analyses and advice; the many specialised journals and websites are knowledgeable, up-to-the-minute and distant enough from their subject to be critical; the global newspapers and wire services continue to support relatively large and active bureaus, whose output enjoys a high reputation.

The problem is with the larger public which is only sporadically interested in politics and public institutions. In times of crisis or of important decisions, attention reaches a peak, but in good times news coming from Brussels is the first to disappear from newspaper pages and from TV programmes. This seems to us the largest problem facing the news media which have the responsibility of covering the EU: its very structure and mode of operation renders the task of engaging the general European public with it, in journalistic terms, hard.

Thus ‘who cares?’ becomes a pertinent question, and the consequences of the general lack of interest in the EU – except at times of crisis, which has brought a more critical, even hostile, attention than before – underpin much of the report’s findings.

The problem of interesting a wide public has different facets:

The exception to this rule are the transnational  organisations – the global wire services, as Reuters, Bloomberg, AP and AFP; the global economic papers, such as the “Economist”, the “Financial Times” and the “Wall Street Journal”; and – to a lesser extent – the global broadcasters such as the BBC, CNN and others. These organisations see their mission, and their business model, as doing coverage which has no or little national focus: ‘News from nowhere’.

But these are for the global elite, as well as for the Brussels insiders. We seem at a loss to develop media which can both give an adequate account of one of the most important facts of European political and social life, and attract an audience larger than the few thousand  for whom information is their stock-in-trade. It’s a bitter contradiction.

This time was reposted from eutopia where it first appeared.

Cristina Marconi is an Italian freelance journalist and former fellow at the Reuters Institute for the Study of Journalism in Oxford. See more.

John Lloyd is a Contributing Editor for the “Financial Times”, Director of Journalism at the Reuters Institute for the Study of Journalism, and a columnist for “La Repubblica” of Rome. See more.

The impact of the international press in Portugal