What passes for public opinion and public support in the European Union consists largely of the answers of European Union citizens to questions regularly posed to them in surveys commissioned and controlled by the European Commission. These ‘Eurobarometer’ surveys not only enquire about general problem perceptions and attitudes towards the EU (Standard Eurobarometers); but also include batteries of questions about specific policy topics, ranging from nuclear waste disposal to sex tourism, food safety and child care. These questions are built into comprehensive Eurobarometer ‘waves’, consisting of around 25,000 face-to-face interviews.

The results take the form of comprehensive reports of about 100 pages. There have been more than 400 of these so-called ‘Special Eurobarometers’ so far, and they are the key source of knowing what the ‘European’ public thinks about specific policy issues and the appropriate political level to deal with them. Individual Special Eurobarometers have aroused the interest of scholars working in specific policy areas, but to our knowledge no systematic mapping of these massive investments in gauging citizen opinion has taken place.

This is surprising for a number of reasons. First, from a normative perspective Special Eurobarometers could be perceived as an important link between the Commission and citizens. This link may become more relevant since diffuse support of the EU (the permissive consensus) has been replaced by politicisation and declining trust. Second, other instruments linking citizens and civil society to the EU, such as internet consultations, have received scholarly attention. Third, in strategic terms, the Commission can use public opinion data to build-up input legitimacy for new EU proposals. Yet, as the Commission is in the driving seat when selecting and dis-selecting topics, the Special Eurobarometer might not be the innocent instrument it appears at first glance.

In a recent LSE ‘Europe in Question’ discussion paper, we make a first effort to map and explore the policy topics that the European Commission invites public opinion on through Special Eurobarometers, and on which topics it does not. While we do not investigate the further usage of public opinion results in the policy process, we believe that our endeavour is important in its own right: Citizens’ opinions can only matter if they are measured in the first place. 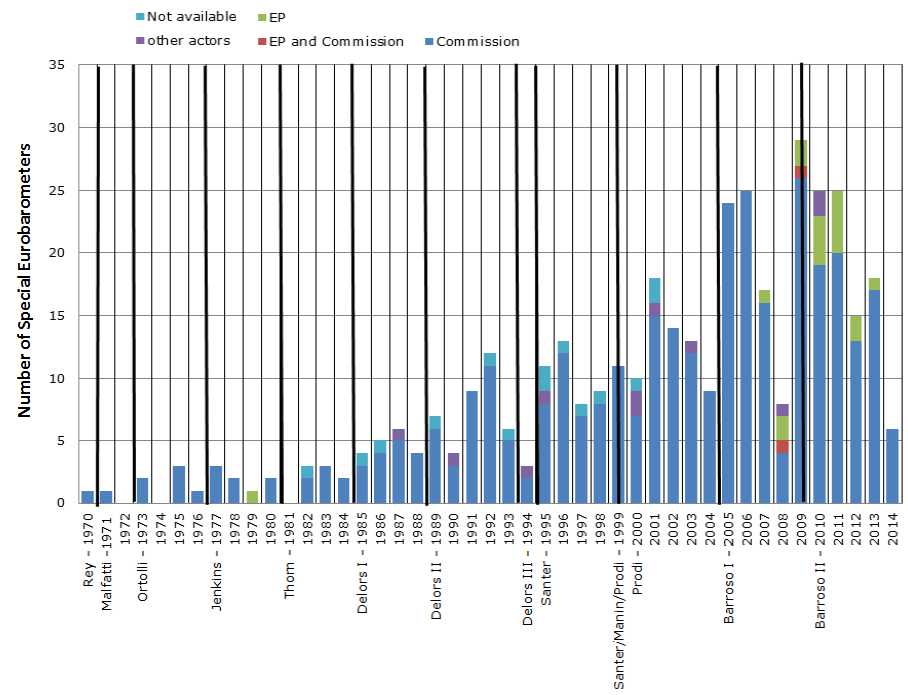 For comparing the relative importance of different policy topics, it is difficult to establish a benchmark. We took the degree of policy competences at the EU level and compared the topics addressed in Special Eurobarometers to the division of competences in the Lisbon Treaty, which is admittedly a rather broad brushed approach. The table below illustrates these topics.

Table: Topics addressed in Special Eurobarometers mapped on division of competences in the Lisbon Treaty 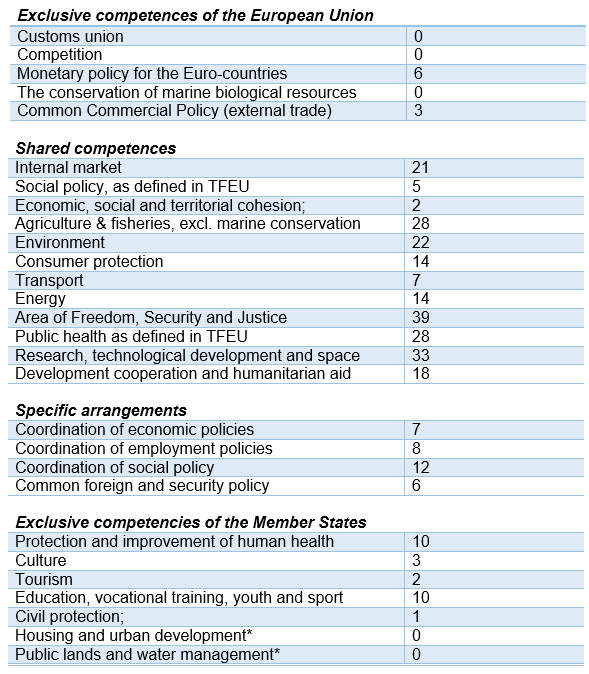 Note: Topics marked with * are added by authors and not contained in TFEU. 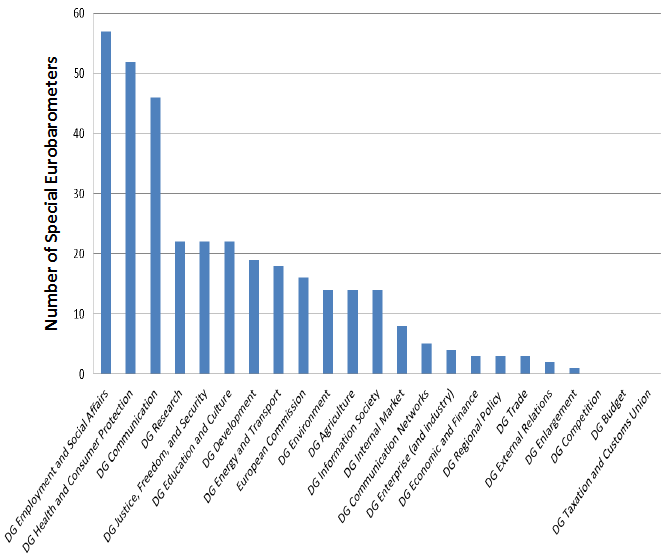 Exploring the scope and content of Special Eurobarometers leads to interesting puzzles regarding the European Commission as an agenda setter. The fact that the European Commission inquires rarely into areas where competences are national fits the image of an institution that is both responsive and aware of competency limits. However, if the Commission is indeed responsive, why does it seldom ask for citizens’ opinions concerning policies in areas of exclusive EU competences? If on the contrary, the Commission is a competency maximiser, why does it display no stronger effort in national policy areas? Also, can the likelihood of “negative” results explain why the Commission eschews surveys on redistributive issues, which by definition involves “winners” and “losers”, and on immigration issues?

This post first appeared on the LSE’s EUROPP Blog.

Markus Haverland  is a Professor of Political Science in the Department of Public Administration at Erasmus University Rotterdam in the Netherlands and Fellow at the Montesquieu Institute in The Hague and the European Research Centre for Economic and Financial Governance (EURO-CEFG).

Minou de Ruiter is a Research Assistant and PhD candidate in the School of Governance at Utrecht University.

Steven Van de Walle is a Professor of Public Administration at Erasmus University Rotterdam in the Netherlands. In addition, he is a Fellow of the Public Management Institute at K.U.Leuven, and a senior member of the Netherlands Institute of Government.

This entry was posted in Europe and tagged Agenda Setting, Eurobarometer, European Commission, Public Opinion, Survey. Bookmark the permalink.
We use cookies on this site to understand how you use our content, and to give you the best browsing experience. To accept cookies, click continue. To find out more about cookies and change your preferences, visit our Cookie Policy.