Why we should oppose British air strikes against ISIL in Syria

Posted on November 30, 2015 by Eurocrisis in the Press

By Mary Kaldor and Rim Turkmani

The threat of ISIL is too serious to be treated with a knee jerk response like air strikes as the British Prime Minister suggests. It is very difficult to understand why air strikes are the only option on the table. Is it because they are the easiest way to show that we are ‘doing something’? Have air strikes ever succeeded in militarily defeating an enemy without ground operations and without a political strategy?  Is it really the case that all other policies have been tried and failed? 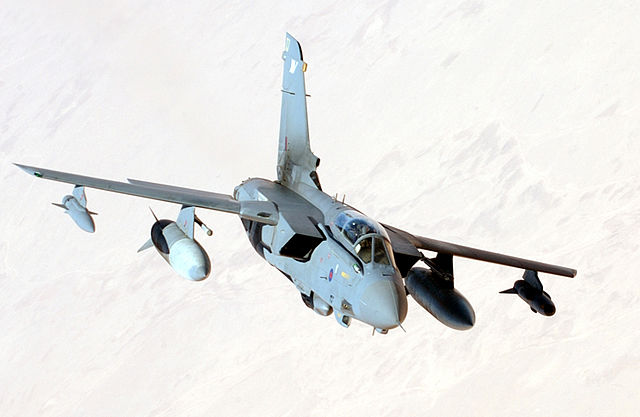 The main argument made by David Cameron in favour of airstrikes is that air strikes are having an effect in Iraq. He says that Iraqi forces with the support of airstrikes have recaptured 30% of Iraqi territory and halted the ISIL advance. He does not mention that ISIL has also advanced in some places, for example, capturing Ramadi. However, even if we accept that some gains have been made, the situation in Iraq is very different from Syria. In Iraq, coalition forces are providing air support for ground operations carried out by the Kurdish peshmerger, Shi’ia militias and the Iraqi army. There is an Iraqi state that, despite its weakness, is involved in a process that could increase its legitimacy albeit slow and weak. What is more, coalition air strikes have been requested by the Iraqi government and this provides their legal basis.

None of these conditions pertain in Syria. It is true that air support complemented the defence of Kobane by Syrian-Kurdish and Free Syrian Army forces, but Kobane was razed to the ground so that the inhabitants cannot return. At the same time ISIL has been expanding in Syria despite air strikes; air strikes did not prevent the take over of Palmyra nor of parts of Aleppo. Unlike Iraq, there are no other situations where ground operations against ISIL are taking place. Even though the Prime Minister talks about 70,000 moderate opposition forces who could fight ISIL, in the absence of a political solution they are more concerned with fighting the regime than ISIL. Mobilising Syrian allies on the ground would only be possible in the context of a political agreement, in which opposition armed groups operate alongside the Syrian army under a new political inclusive leadership with the bases outlined in the Geneva 1 communiqué.

And unlike Iraq, there is no legal basis for possible air strikes. The current UN Resolution, despite what is being written in the press, does not provide a legal basis for the use of force. Although it includes the term ‘by all necessary means’ it does not specifically authorise any use of force and it does not mention Chapter VII. David Cameron’s argument for self-defence is yet another stretching of international law along similar lines to President Bush in response to 9/11. Article 51 of the UN Charter, which sets out the right to self-defence, was intended in the case of an armed attack by a foreign state not in the case of an attack by non-state actors.

It is difficult to see what can be gained from air strikes. The skies above Syria are already congested. The contribution that Britain would make, even if we suppose that air strikes are useful, is marginal. Yet there is a lot to be lost by air strikes.

First of all, air strikes tend to be discussed in clinical or surgical metaphors. The debate does not seem to take into account the fact that air strikes are a form of terror. Even if they are very precise and there is no collateral damage, air strikes are terrifying; they destroy buildings and create fear. Even if targeting is precise, the intelligence on which targets are located is prone to error so that innocent people are bound to be killed. The Prime Minister says we should not undertake air strikes lightly – he is right, we should think seriously about their consequences. We should not reply to terror with terror unless we have very good arguments. Yet there is a lot to be lost by air strikes.

Secondly, we have no idea about the effects of terror on radicalisation. The Prime Minister says we should strike at the heart of ISIL in their Syrian capital, Raqqa, where these attacks are planned. But are they not also planned in the suburbs of Paris and Brussels. Surely we would not consider air strikes against terror suspects there? Military action transforms terrorists into legitimate political enemies – they become martyrs not criminals. Can we be sure that air strikes will not play into the justifications of disaffected young people from different parts of the world who might join this horrendous version of the Salafi-Jihadist cause?

Thirdly, western air strikes have not enhanced the reputation of the West among  Syrian public opinion. Members of Syrian civil society to whom we have talked do not understand why the West is bombing ISIL and not doing anything to protect civilians killed by the regime. And what they find even more troubling is the failure of western air strikes so far to halt the advance of ISIL. This failure has already done great damage to their perceptions of the power of the West and made them sceptical of its intentions.

So what is the alternative?

So what is the alternative? As a starting point, we need much greater understanding of the nature of ISIL and also Jabhat Al Nusra (JAN), an Al Qaeda affiliate. Groups like ISIL and JAN thrive on conflict and disorder. ISIL moves into areas where governance is weak and resistance is virtually non-existent. It is unthinkable that organisations like ISIL and JAN could have expanded into and within Syria had there not been a war in the country. Those Syrian lands contested between government and opposition are the areas that are falling into the hands of ISIL and JAN.

The most important thing Syrians lost because of the conflict is simply their state, which is exactly what ISIL is attempting to provide by reversing the process of state collapse. ISIL constructs state-like structures establishing a monopoly of violence in the areas it controls and providing services like healthcare and bakeries. The key to its success is that it plans and acts like a state. This explains why movement into ISIL areas is greater than movement out. JAN is different, but it is to be found in different places throughout the rebel held areas.

The war has also destroyed the local legitimate economy, especially in opposition-controlled areas, and has led to the rise of an illicit economy. The overall collapse of state control, the destruction of the formal economy and the lack of governance of borders are providing ISIL and JAN with opportunities to fund themselves from all kinds of illicit activities, such as trading in looted antiquities, extortion and ransom. Because ISIL controls supplies of oil, they have a monopoly on the sale of oil to opposition areas, making them dependent on ISIL. At the same time, the extremely high levels of unemployment, together with very high prices and the absence of other sources of income, has left men of fighting age, who typically have to provide for their families, in a very exposed position and vulnerable to recruitment by these organisations.

The main aim of any strategy to counter ISIL must be legitimate state building.  To reverse the process of state un-building in Syria, the most important step is to end the conflict. Ending the conflict requires serious commitment to an inclusive political solution that is supported by regional and international consensus. Very strong emphasis also needs to be put on restoring governance in opposition-controlled areas, especially those most vulnerable to further ISIL expansion.

This includes reviving the legitimate economy and introducing specific measures such as imposing much stronger controls on the borders of ISIL areas with Turkey and Iraq, or providing fuel for opposition-controlled areas in a legitimate way and at a reasonable price and to make jobs available for men of fighting age to reduce their vulnerability to combatant recruitment.

Surely, a better strategy for Britain would be to focus on policies such as these that are not being undertaken by others and, in which Britain could make use of its assets, such as its long experience of  providing aid in conflict areas rather than joining a crowded and mistaken fashion for air strikes.

In any case, it is only within the framework of legitimate state building that any military involvement might make sense.

This piece is a repost from openDemocracy, where it first appeared.

Mary Kaldor is Professor of Global Governance at the London School of Economics and Political Science and author of ‘New and Old wars: Organised Violence in a Global Era’ 3rd edition, 2012

Rim Turkmani is a Senior Research Fellow at LSE working on the war economy in Syria and the role of Syrian civil society in brokering peace and creating stability from the bottom up. She is active in Syrian civil society circles, working on promoting peace and democratic transition in Syria. She is an astrophysicist by training, previous Dorothy Hodgkin fellow of the Royal Society and writer/curator on the history of Islamic science and culture.

Explaining the Riddle of Turkish Foreign Policy in Syria: Dilemmas, Risks and Limitations

What can Ukraine learn from a post-2009 Moldova? It’s not just institutions that need to change