Observing (full disclosure: from the perspective of a strong supporter of Remain) the politics of the UK’s upcoming EU referendum, a number of problematic framings of the question of British membership of the EU appear relevant to the debate. Over a series of short blogs in the coming weeks, Editor-in-Chief Henry Radice examines these in turn, beginning with the issue of the referendum itself. 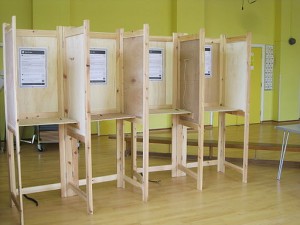 The primary, crucial framing of the political choice to remain part of the EU or not was David Cameron’s decision to offer and then hold a referendum in the first place. He did this, as far as we can tell, primarily to attempt (unsuccessfully) to assuage the large Eurosceptic constituency within the British Conservative Party and to limit the erosion of Tory votes by UKIP at the 2015 General Election. As such, and this is a theme I shall return to in subsequent posts in the series, he acted not out of responsible political leadership or a love of democratic politics, but rather out of narrow expediency.

The advantage, or danger, depending on the context, of a referendum is that it frames the non-status quo alternative as imaginable and thus risks that status quo, to some extent regardless of the alternative’s prior salience among citizens’ concerns. It offers the alternative as a real political choice, affording it credibility in the process. Naturally, this can have positive benefits, crystallising changing views on an easily definable issue, such as in the recent Irish referendum on same-sex marriage. As such, no democrat should rule out including referenda as part of the democratic toolbox. They can be, or become in the course of a campaign, a way for citizens to do politics in relation to a particular issue in a new, sometimes refreshing and certainly more direct way. This was also part of the Scottish story, as inconvenient as it might have been at the time to those of us who supported the better together side of the argument. But as with any set-piece of democratic politics, its democratic value will be nourished or corroded by the everyday politics that surround it.

In addition, referenda are obviously less well suited to issues that do not easily admit binary yes/no answers. The fact that making ‘out’ palatable to all but the most extreme isolationists involves proposing to renegotiate a free-trade deal with the EU (while also joining the ‘back of the queue’ in trade negotiations with the USA) in the aftermath of Brexit, in turn involving reimporting many of the terms and conditions of the single market that Leavers are ardently campaigning against, illustrates the absurdity of their position, but also the problematic fit between tool and problem in the first place when it comes to the referendum as a way of thinking about the UK’s complex, multi-dimensional role within the EU.

Moreover, a referendum is no longer, if it ever was, particularly likely to ‘settle an issue for a generation’, as is often claimed. As was witnessed in the Scottish independence referendum, it can also unsettle an issue for a generation. David Cameron’s twin deployment of Scottish and EU referenda in the space of a couple of years represents a particularly ham-fisted use of the referendum device, creating as he has done a risky feedback loop between the two, in which a vote to Leave the EU could easily lead, within the coming decade or so, to a second, this time probably lost, Scottish referendum. Unsettling indeed.

Furthermore, the less clearly defined the precise terms of the issue in the minds of voters, the more it falls prey to being clouded by other issues (immigration, anyone?) or to becoming a simple piñata for anti-establishment resentments. These resentments, in an age of increasing inequality, are surely often well-founded (though, if the past political programmes of many leading Brexiteers are anything to go by, not likely to become less well-founded in the event of a Brexit that would likely be succeeded by a bonfire of the legislation that has afforded many social protections to the most vulnerable).

Indeed, anger short of violence is an important part of democratic self-expression. But, as the accession of Donald Trump to the status of presumptive Republican Presidential nominee in the USA illustrates, when combined with a toxic culture of political irresponsibility (in that case, within the Republican Party), it can lead to alarming outcomes unlikely to serve well those expressing the anger in the first place. All the more so when, as is the case in the UK in relation to EU affairs, large swathes of the media routinely shun their duty to report an issue with at least a modicum of accuracy and impartiality.

As a democrat, it is important to honour, perhaps even to welcome the fact that we rarely fight political battles on our own terms, within our own framings. Being forced to make one’s argument on unstable ground is a corollary of the important privilege of living in a democracy. But it is also important to remember that to problematise the very terms of the referendum itself remains necessary by the same token. This referendum has been chosen, at this time, for particular political reasons. We are not voting on a NATO membership that entails life-and-death commitments, for instance. As such, now that the referendum is here, the least we can all do is think carefully about what agendas those who pushed for it want to fulfil. In doing so, we might suspect that ‘giving people a say’ has not always been their primary motivation.

This entry was posted in EU ref, Europe, Euroscepticism, Henry Radice, United Kingdom and tagged Democracy, Donald Trump, populism, Referendum. Bookmark the permalink.
We use cookies on this site to understand how you use our content, and to give you the best browsing experience. To accept cookies, click continue. To find out more about cookies and change your preferences, visit our Cookie Policy.