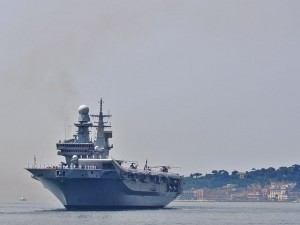 In June 2015 the EU instituted a naval force, the EUNAVFOR MED, to destroy boats used by people smugglers. Two months later, in August 2015, a German vessel rescued a pregnant Somali woman named Rahma Abukar Ali, and she soon gave birth to a baby named Sophia. Sophia’s name spread across the internet, and the EU renamed EUNAVFOR as Operation Sophia, marketed as saving lives, and not only destroying ships.

On 13 May, the UK’s House of Lords EU Committee declared that Operation Sophia, though saving 9,000 lives at sea, has failed to either sufficiently deter smugglers from operating, or to significantly increase the safety of refugees and migrants. Destroying smugglers’ boats led smugglers to switch to using inflatable rubber dinghies, mass-bought from China, which are impossible to ban or easily destroy, and far less safe for refugees crossing the sea. The relatively secure boats used by Sophia’s mother are now less likely to be used because of Operation Sophia.

Moreover, the arrest of smugglers has had little or no deterrent effect, as arrests are limited to low-level operators who can easily be replaced. Though there was a 9% reduction in migration across the central Mediterranean in 2015, this was largely due to migrants switching to the safer Western Balkans route. When the Western Balkans route was closed in 2016, migrants returned to traveling via the Central Mediterranean.

Given current failures, the parliamentary report provided a number of recommendations. These included a recommendation that the EU should help stabilise countries that refugees and migrants are leaving from, and work with governments in the Middle East and North Africa to prevent migration to Europe. In implementing these policies, the report emphasised that all refugees who reach Europe must be given full asylum rights.

Though the report rightly focuses on improving conditions in source countries, and providing asylum to refugees, there are two humanitarian concerns that remain overlooked.

First, because people smugglers remain the primary agents bringing refugees to safety, reducing smuggling means fewer refugees can reach safety. The only way to avoid this outcome is if the EU took one of two actions. It could focus only on reducing negligent smugglers and traffickers who use coercion and fraud, while allowing safer smugglers who use secure boats. The EU could also increase the number of humanitarian visas, such that all refugees who would have boarded a boat can instead fly into Europe. Given today’s political climate, this is unlikely to occur, and so Operation Sophia’s mandate directly conflicts with refugees’ ability to reach safety.

There is a second humanitarian concern. Current EU cooperation with governments in the Middle East and Africa, intended to combat migration to Europe, directly undermine refugee protection. The EU currently donates tens of millions of euros to Libya, a proportion of which the Libyan government uses to detain and torture refugees and migrants. If the EU is to ever work with third countries to prevent irregular migration, it must ensure that these countries use legal and humanitarian means to prevent migration. Today, few mechanisms are in place to ensure such oversight.

Given the above concerns, a number of changes should be instituted within the framework of Operation Sophia. First, rather than attempting to prevent all smuggling — likely impossible – the operation should instead focus on deterring especially unsafe and fraudulent smuggling. This would incentivize smugglers to provide more secure journeys, rather than rubber dinghies.

Second, the EU must reconsider which governments in the Middle East and Africa can be trusted to protect refugees. The EU should cease providing funds to the Libyan government to combat irregular migration, unless we are certain that this money is not used to unjustly detain or torture refugees and migrants. Not only is torture contrary to international law, but it is likely to further encourage migration to Europe.

Finally, efforts must be made to increase the number of humanitarian visas provided to refugees. In the UK, which accepts relatively few refugees, the government should make a concerted effort to explain to communities why asylum seekers are attempting to reach Europe, describing conditions not only in Syria, but in Eritrea, Somalia, Afghanistan, and South Sudan, the latter of which has a mortality rate likely comparable to that in Syria. In order for large-scale visas to gain popular support, efforts must also be made to ensure British citizens can access sufficient housing and welfare benefits in response to changes in the economy that may arise from a sudden influx of refugees.

Today’s policies, in contrast to the above proposals, fall short of the EU’s humanitarian obligations. Had Sophia’s mother attempted to reach Europe today, she would likely have faced even greater risks of drowning because of Operation Sophia. This must change: a focus on targeting only the most unsafe smuggling, and educating the public about refugees, can ensure safer routes for refugees, and more popular support for their protection.

Note: This article gives the views of the author, and not the position of the Euro Crisis in the Press blog nor of the London School of Economics. It is also appearing on EUROPP.

The myths that are preventing us from solving the refugee crisis

This entry was posted in Europe, Migration and tagged EUNAVFOR MED, Libya, Mediterranean, refugee crisis, refugee law, Syrian refugees. Bookmark the permalink.
We use cookies on this site to understand how you use our content, and to give you the best browsing experience. To accept cookies, click continue. To find out more about cookies and change your preferences, visit our Cookie Policy.