“We Are the Green Ones”: How News on Climate Change Make ‘Us’ European 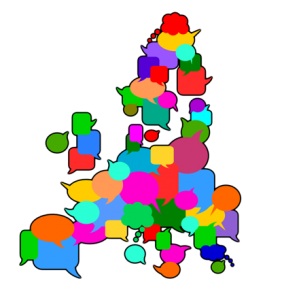 As research on European integration ever so often seems to point out, the European Union suffers from a democratic deficit. The challenge lies in the distance between lawmakers and citizens, between the EU-elite and the national publics, and between the very national identities of the European people. When searching for a bridge over these distances we just as often end up in a “chicken and egg” type of problem – do we need a common European public to mend the fractures in the European democracy, or do we need a fully democratic union before a common public can arise?
No matter how we view this challenge it seems increasingly clear that the utopian dream of one European people with one common identity united in one common public discussion will not present itself any day soon.
So, in academia, we have set out to look for the EU. We search in the everyday discussions of each national public and first and foremost we search carefully for the EU in the national media. And as we search, the more EU we find in terms of topics, actors and communicative exchange across borders the happier we get. However, the EU we get a glimpse of once in awhile is often not the EU of community, cohesion, and common identity. More often than not, we find an EU that keeps its distance to the citizens, or worse, an EU, which is seen as an external force seeking to usurp the national democracy one directive at a time. This description will be recognized in media across nations such as the UK, Greece, Hungary and Denmark.

Searching for the EU in national media coverage is not a trivial task by any stretch of the imagination. A frequently used method is simply that of counting – how often is the EU mentioned in the news? While such a method indeed gives an impression of the extent to which the union has been recognised as a political force to be reckoned with, it also has its limits. Thus, if one accepts that public spheres are fragmented and multiple, one must also agree that searching for Europe within all of these spheres at once can lead to a distorted impression of how each fragment of the public sphere relate to the Union. Is the EU represented in the same way in energy coverage as in health care coverage? Is Europe more generously described in news on the environment than it is within the context of domestic policy issues?
In a newly published master thesis we set out to examine exactly how the EU is described in Danish media when reporting on climate change. It turns out – judging from more than 280 media texts – that it’s not that bad. Though far from being put on a pedestal, the EU is recognised as ambitious when it comes to curbing climate change and is often pictured as in line with – and not opposed to – Danish politics. European politics in this area are actually legitimised and – if media discourse is a kind of representative for public discourse – the politics are actually legitimised by “a public”.
More importantly we see that – looking closely – news on climate change has the potential to feed the formation of European identity. Phrases such as “we are the green ones”, “we know it’s a challenge” and “we must do something about it” all refer to the EU. In fact – in our thesis – pronouns like ‘we’ pointing to the EU appear in almost as many news articles and television broadcasts as pronouns referring to Denmark – respectively in 25 and 26 percent of the data. It might be tempting to disregard these findings since the phrases in question are primarily uttered by Danish politicians and as such might be simply a convenient association to the – in this particular case – popular European Union. But this does not mean that the identity is not present, that the framework of identification is not established or that the Union doesn’t get to be what it longs to be – a positive community. Rather, it shows that when searching for European identity in the media we must not only count the visible, we must also make the uncountable visible. And instead of viewing the legitimacy of Europe as an either-or question, we have to differentiate the specific coverage of issues, where EU politics can be everything from The Bully of Brussels or the EU bomb under national democracy to a force of good or a common ally with common adversaries – and maybe even to issues where the nation and the union stand together as a common ‘we’.

And so, we must keep posing questions like: What is the EU in news on finance or agriculture? What about news on technology or transportation? When we, in academia, have left behind the idea of one European identity and one public sphere it seems only fitting that we should also look further than the idea that there is only one way- and not multiple – that EU can appear across a range of diverse issues in national media coverage.

Leif Hemming Pedersen holds a MA in Journalism and English from Roskilde University and now works as a Research Assistant at the Department of Communication and Arts also at Roskilde University. See his personal website: http://leifhemming.dk

Magnus Boye Bjerregaard holds a MA in Journalism and Informatics and now works as a Journalist for the Danish online IT-magazine Version2.dk. See his personal website: http://magnusboye.dk

This entry was posted in Europe and tagged Climate Change, European identity, European Public Sphere, Europeanization, Public Sphere. Bookmark the permalink.
We use cookies on this site to understand how you use our content, and to give you the best browsing experience. To accept cookies, click continue. To find out more about cookies and change your preferences, visit our Cookie Policy.