Will The Real Project Fear Please Stand Up?

This is the second in a series of pre-referendum opinion pieces, Defenestrations: (Un)Framing the EU Referendum Debate. The first one addressed the issue of the referendum itself, and attracted a powerful rejoinder from Roberto Orsi. 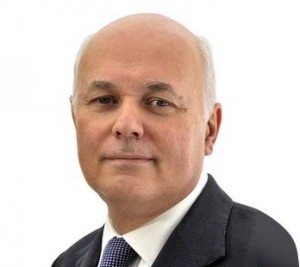 One of the earliest and most frequently employed tropes of Leave campaigners, when challenged with the myriad possible downsides of Brexit, is to deploy the accusation of scaremongering, of engaging in ‘project fear’. The term, which gained currency during the Scottish independence referendum, has a problematic, arguably dangerous role in contemporary British political discourse. It normalises practices of negative campaigning (disguised by populist indignation), contributes to the infantilisation of political discourse and to an anti-meritocratic anti-intellectualism, and fuels anti-political sentiment in the name of pseudo-democracy.

First, the project fear accusation frames the opponent as practicing negative campaigning, which understandably has a bad reputation for using devices such as dog whistles or ad hominem attacks. The power of blanket accusations of scaremongering, though, is that they carefully deploy the playbook of negative campaigning in accusing the opponent of the very same, painting them in a ghoulish light while positioning the accuser as the plucky defender of common sense against a predatory elite. They infantilise political discourse precisely by deliberately blurring the distinction between sober, well-grounded concerns, and lurid speculation.

Second, the denigration of ‘experts’ serves to level the playing field, to give the impression that any forecast of what might happen post-Brexit is as good as any other. Of course economists get things wrong sometimes in a complex, uncertain world. A cornerstone of higher education and research is scepticism. But really, where would you encourage your child to study economics, the LSE or the Nigel Farage University of Life? If the vast majority of economists might be wrong, does it logically follow that their opponents are definitely right? Er, no. One way of characterising the Leave campaign is as a group of mostly supremely privileged white men trivialising one of the few remaining engines of social mobility: education, and the benefits it affords of thinking about the world in a genuinely critical, independent way.

Third, the career politicians running Leave tell us we shouldn’t trust career politicians, and that the political ‘establishment’ is rotten to its core. It is thus a tad surprising that they want to repatriate so much allegedly ceded power to them. But perhaps the next part of the plan is a purge of Westminster, making room for more on-message members by getting rid of the kind of people who spent their pre-Westminster careers prosecuting criminals (Keir Starmer), working to protect women from violence (Jess Phillips), or, presumably, after today’s gutsy defection, treating patients (Sarah Wollaston). The corrosive anti-politics of the Leave campaign represents a discursive scorched earth policy that leaves little on which to rebuild in the event of a Brexit.

Remain, perhaps unsurprisingly for a campaign that features such an overwhelming majority of credible independent (admittedly, the reification on both sides of the idea and relevance of ‘independence’ or ‘neutrality’ is problematic) voices, piping up in incredulous cacophony at the folly of contemplating Brexit, has of course not had uniformly excellent messaging either. Nevertheless, there have been a plurality of strong, coherent voices from all sides of the political spectrum. But the Leave campaign has been adept in using tried and tested conspiracy theory techniques (and, seemingly, lessons from the climate change denial lobby, with which it shares senior figures such as Nigel Lawson) and keywords (‘elites’ and an all-encompassing ‘establishment’) to obscure and neutralise the scale of the consensus behind it, however implausible any kind of conspiracy linking David Cameron, Caroline Lucas and the TUC obviously is.

It is easy to cast those campaigning for the status quo in an inherently negative light, and to paint a contrast between passionate insurgents and unfeeling technocrats. Here, Remain faces a real quandary. For those of us genuinely anxious about the damage Brexit would do to the life chances of our fellow citizens, it is hard, and perhaps disingenuous, to campaign without expressing that worry, which in fact often stems from a passionate and positive attachment to the idea of Britain in Europe.

The irony of it all is that Leave, very clearly now in its turn to focus almost exclusively in immigration, is scaremongering in the classic sense, stoking up fears, attempting to make one see one’s neighbour in a different, sinister light. Its attempt to nourish fear of the other as its pathway to success is the ultimate in cynicism and in negative campaigning. It is actively trying to make a country in many ways at ease with itself, as demonstrated for instance by the cheering recent election of Sadiq Kahn in London, feel uneasy, uncomfortable, and fearful.

Personally, I rather like the cosmopolitan, diverse Britain we live in. Brexit? It scares me stiff.

The Great Pushback: Western Politics and Dynamics of Exclusion

This entry was posted in EU ref, Europe, Henry Radice, United Kingdom and tagged Brexit, EU referendum, Project Fear, Sarah Wollaston. Bookmark the permalink.
We use cookies on this site to understand how you use our content, and to give you the best browsing experience. To accept cookies, click continue. To find out more about cookies and change your preferences, visit our Cookie Policy.