Europe in the Fourth Industrial Revolution: Digital skills for education and society beyond crisis

This short article maintains that, in times of structural and persistent crisis, Europe needs to tackle the multiple challenges and existential fears by cultivating a strong and dynamical digital skills ecosystem, based on collective values and the fundamental liberal principles of co-creation, co-evolution, and collective intelligence (over against the obsolete principles of optimisation and top-down administration and control). This will arguably result in boosting innovation and, therefore, adaptiveness, as well as in translating technological progress into economic growth, and risks into opportunities for all citizens. 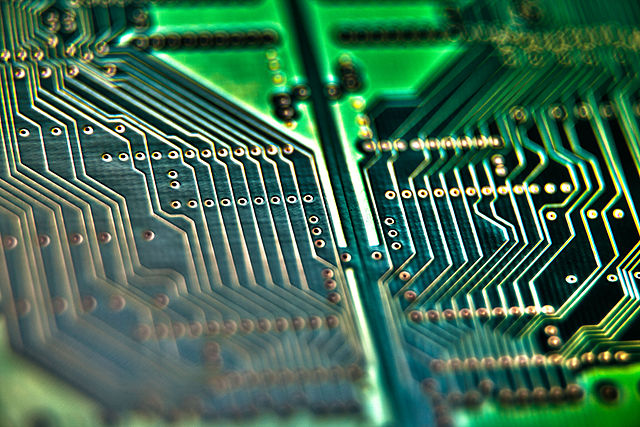 On 19 April 2016, the European Commission, under the leadership of Commissioner Oettinger, launched an ambitious strategy on digitising European industry. Mariya Gabriel, as current Commissioner for Digital Economy and Society, is now responsible for its systematic implementation. This pertains to the first industry-related initiative of the Digital Single Market package, aimed to accelerate responsible and sustainable innovation, to boost productivity and economic growth, to fight social inequality, and to improve EU citizens’ living standards and job opportunities.

Nowadays, the spread of digital technology and Industry 4.0 (representing the Fourth Industrial Revolution) is rapidly changing the structure, nature, character and dynamics of communication, consumption, production, employment and learning within the European Union and worldwide, leading to novel types of jobs and novel types of education (i.e. Education 4.0). But it is also leading to the vital and urgent need for every European citizen to have at least basic and transversal digital literacy skillsin order to live, share, communicate, work, learn and actively participate in the contemporary speedy, complex, hyper-connected and increasingly knowledge-based society.

Most importantly, European societies must build a new, dynamic educational system that prepares citizens for creative work and nonlinear career paths, as well as for the new phase of digital globalisation (i.e. Globalisation 4.0), in which our current institutions and jobs will fundamentally change. Procedural and rule-based work is now being robotised and automated, thus leading many people to update their digital skills, perceived as the global currency of 21stcentury economies, and change their professional trajectories (mainly oriented toward the information- and knowledge-creating sector). To put it sharply, technology is rewriting society’s rules.

Hence, education tends to become less standardised and more personalised (education anywhere and anytime), with special emphasis on creativity, collaboration, knowledge production and sharing, complex problem solving, flexibility, innovation, adaptiveness, resilience, and leadership skills. New digital skills, which variously mix hard skills (ones that are more tangible, measurable and quantifiable) and soft skills (ones that enable people to be flexible, cooperative, creative, empathic and adaptable in different roles or in different career fields), can turn participatory information platforms, the emerging Internet of Things (i.e. Post-Internet) and the Spatial Web (Web 3.0) into an opportunity for everyone.

Greece, which still has a very low score on the DESI(26th in DESI 2017 & 2018), is now following the European Commission, in particular the framework of the New Skills Agenda for Europe and the Grand Coalition(promisingly inaugurated on 10 June 2016), in promoting a large variety of initiatives aimed at increasing training in digital skills for the workforce, for education, for ICT professionals, and for democratic citizenship (see http://www.nationalcoalition.gov.gr/).

This mainly involves a comprehensive and multi-level national plan which actively engages both the public and the private sector, aiming at mobilising various agencies and resources for consciousness-raising, civic education, training and adult learning, as well as for analysing skills needs and for validating skills. The implementation of an effective digital agenda for crisis-ridden Greece will arguably encourage investments and help the productivity and the competitiveness of the country, thus discouraging the so-called “brain drain”of valuable talent abroad.

In the new Janus-faced era of radical futures, global existential risks, information filters, computational clouds, Big Data and Artificial Intelligence, liberal democracies require a shared culture of citizenship skills, responsible knowledge, progress and truth. Above all, they require close collaboration between stakeholders (at a global level) and between experts and nonexperts, as well as participative smart citizens armed with technical, social and political know-how, in order to reject hate speech and defend truth and collective values over against the large volumes of manipulative disinformation and “fake news”(the so-called information disorders). In particular, collective values constitute a valuable source for shared prosperity in the 21stcentury.

What is thus urgently needed, is to take a radically new path and organise an open and inclusive public debate about where we want to go in the digital age. To upgrade both humanism (humanism 2.0) and democracy (democracy 2.0), as well as to reach the next level of digital society, that is, a new network ecology, we must build a strong digital skills ecosystem, as a basic human right, common good, and public good (everyone can have access and get benefit from them). That is, a new dynamical ecosystem based on the fundamental liberal principles of co-creation, co-evolution, and collective intelligence (over against the obsolete principles of optimisation and top-down administration and control).

Digital skills education should hence be solidly based on a consensus-oriented and, therefore, other-regarding decision-making tradition. Opening up spaces of public dialogue is of utmost importance. The new education project should properly prepare citizens with a range of alternatives, intervention points, a map of powerful actors and frameworks of critique. It should also offer public participatory opportunities, which can boost collective digital intelligenceand create new value, individual happiness, pluralism, decentralisation, transparency, accountability, trust, open institutions and social capital.

Bridging and linking social capital, which must be combined with strong human capital and inclusive institutional capital, is the fundamental basis of social and economic well-being, not only at national level, but also at European level. That is why we need to link digital skills with an agreed set of values, principles and rules, such as diversity and non-discrimination, freedom and informational self-determination, participation and awareness, fairness and responsibility, resilience and sustainability.

All in all, value-informed digital citizenship skills will help us effectively face up and tackle adverse and nonlinear political developments, such as populism, polarisation and extremism. But this also requires the EU’s democratic system as a whole to proactively overcome its very real shortcomings. We can thus steer Europe towards a new unprecedented era of shared prosperity.

Such a political vision arguably calls upon us to update Aristotle, that is, to radically move from knowledge and skills toward digital sophrosyne, i.e. a deep awareness of one’s digital self, and digital phronesis, i.e. digital practical wisdom, the habit of making the right decisions and taking the right actions in the digital context. This would probably link technology with virtue.

This article originally appeared on Blogactiv.

Theodora Papaefthimiou is a lawyer specialised in Public Law.

Managing a European Recovery: The Case for Public Spending for an Energy Transition

The Economics of Brexit Needn’t Be Quixotic: Towards a Green Industrial Strategy for Britain

Could the Current Reform Plan Make the Eurozone Sustainable?