Back to the roots: Why the UK should have a second referendum

By Kilian Wirthwein and Fabian Ferrari 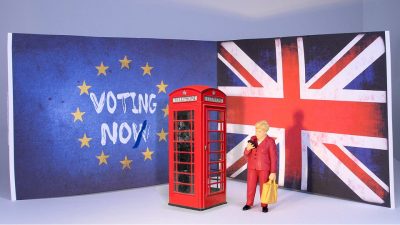 Fifteen years after the failure to adopt the European Constitution of 2004, the European political landscape has changed dramatically. Although this represented a major setback on the path of European integration, it would have been hard to find someone so pessimistic, as to predict the current state of the European Union two months out of the European Parliament Election.

In 2009, the Lisbon Treaty entered into force and until 2013 the EU experienced a major eastern enlargement of state membership. Together with the shocks of 2008’s global economic crisis, it is very likely that the Brexit vote in 2016 has been the greatest challenge the EU has faced so far. Nonetheless, given the current deadlock, and the House of Commons’ failure to define a way forward, the voices in favour of a second referendum have increased.

A second referendum on Brexit would be democratic, legitimate and fair. Contrary to the argument that a second consultation would be undemocratic, the reality is that now the public is in a far better position to make an informed and realistic choice about leaving or staying in the EU.

When the British population first voted in 2016, it was yet unclear what Brexit would imply. A deal over Brexit could mean anything at the time. It was impossible to ascertain what a two-year process of negotiations between the UK and the EU would conclude.  A political climate of false promises and disinformation led to the rise of the well-known concepts of ‘post-truth’ society and ‘fake news’, especially as the Cambridge Analytica scandal emerged. Compared to the first referendum,  claims such as the Leave Campaign’s assertation that 350 million pounds a week would cease to go to Brussels and instead fund the NHS, would enjoy far less credibility during a second referendum campaign.

From a legal perspective, referenda – whether materially or formally founded – are a way to realize the pouvoir constituent (i.e. constituting power) of the Staatsvolk (the people), whose utilisation have special legitimacy in processes that represent a substantial change in rights and freedoms, and of the Rule of Law of a country. Yet, referenda per se need not be treated as unequivocally definitive in isolation of the matter and circumstance. Referenda can build a bridge between the lex lata and the lex ferenda, that is, what the law is and what the law should become. In law and in politics, however, questions of normativity should only reach a definitive character when they achieve a consequentialist level of wisdom that is proportional to the level of constitutional gravity of the question that is at stake. That is, there should be evidence at hand about the possible outcomes – such a Brexit deal – before the Staatsvolk can reach a definitive decision via a public consultation.

Given the higher state of information, one could even claim that a second referendum would be of a higher democratic and legal quality than the first one, on the basis of a meditated vote rather than the mere speculation of what leaving the EU might imply in particular. Further, comparatively, the repetition or non-definitive character of referenda is not a novelty in the international landscape, such as the double referendum in Norway on the accession to the EU, in Denmark on the ratification of the Maastricht Treaty and Ireland on the Treaty of Nice and the Lisbon Treaty.

A more legitimate decision for a stronger and certain mandate

After almost three years of negotiations and a triple rejection in parliament of Theresa May’s Brexit deal which reflects the complexity of Brexit both in legal and political terms, it will be harder to sell the false promises of the Brexit panacea to the degrees defended by Nigel Farage and Boris Johnson in the previous Brexit campaign. The populistic dreams of nationalist romanticists would now be less able to survive a referendum campaign, since they have been exposed to the complexities of an interconnected, supranationalised and internationalized world through the lengthy process of negotiation and recurrent deadlocks. 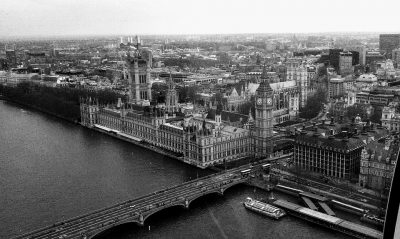 Indeed, a second referendum that consults on the public desirability of Brexit would increase certainty in both possible scenarios. In the scenario that the UK prefers to reject Brexit after having a tangible deal for leaving on the table, the UK population would draw the legitimate decision to correct a former state of thought that had been based on the speculation of what Brexit could potentially mean. On the other hand, it is possible that Leave wins again – as Labour MP Diane Abbott warned –  and that the majority of the population is legitimately determined and certain that Brexit is the right path to follow having a tangible deal at hand. The Brexiteer’s argument that repeated consultations will be held until the preferred option of the EU wins is highly unlikely. In fact, if the Leave option wins again, the UK will have an unwavering mandate to leave the European Union and will be under unequivocal democratic pressure to pass the Brexit deal. It seems unimaginable that a third referendum could be held if Leave prevails in a second referendum.

A second plebiscite is a historical chance

Holding a confirmatory referendum over the Brexit deal was one of the eight proposals which were all rejected in the indicative votes held in the House of Commons. The proposal which was defeated by the smallest margin would call for a post-Brexit customs union with the EU, maintaining tariff-free trade. Yet, as the deadlock over a comprehensive Brexit deal prevails, the voices in favour of a second referendum are increasing.  Perhaps the best way to give an end to the Brexit process – whether leaving or staying – is to return to how it started: holding a referendum. This time, the plebiscite would offer a level of tangible knowledge (through the specific clauses of the proposed Brexit deal) about the legal and political implications, which is proportionally appropriate to the legal and political importance as well as the historical responsibility involved in leaving or staying in the EU.

As New York Times columnist Roger Cohen has put it, ‘a democracy that cannot change its mind is not a democracy.’ With that in mind, the current historical moment does not just provide a myriad of challenges for the UK and the EU at large; it also presents itself as a unique chance for strengthening democratic legitimation. It is an impetus to rethink the nature of democratic discourse and debate amidst the backdrop of a thoroughly mediatised public sphere. This is much more than an argument about the merits of rational deliberation. It is about admitting that another consultation is the best available option. Regardless of the concrete outcome of a second vote, the stakes are too high not to chance it.

Kilian Wirthwein Vega completed an MSc in Conflict Studies at the London School of Economics, and was Talentia Scholar for the MSc in Global Governance and Diplomacy at the University of Oxford. His main research interests are institutional design and statebuilding.

Fabian Lucca Ferrari is a doctoral student at the Oxford Internet Institute, University of Oxford. His research focuses on algorithmic power and the future of work.

2 Responses to Back to the roots: Why the UK should have a second referendum