Posted on November 20, 2018 by Eurocrisis in the Press

According to Theresa May, the choice is between her deal, no deal or no Brexit. But the Labour leadership still seems to think that it can negotiate a more ‘sensible deal’. What on earth would a more ‘sensible’ deal look like and is it a sensible strategy for the Labour Party?  Is not now the moment to abandon the soft Brexit position and to come out for remain and reform? 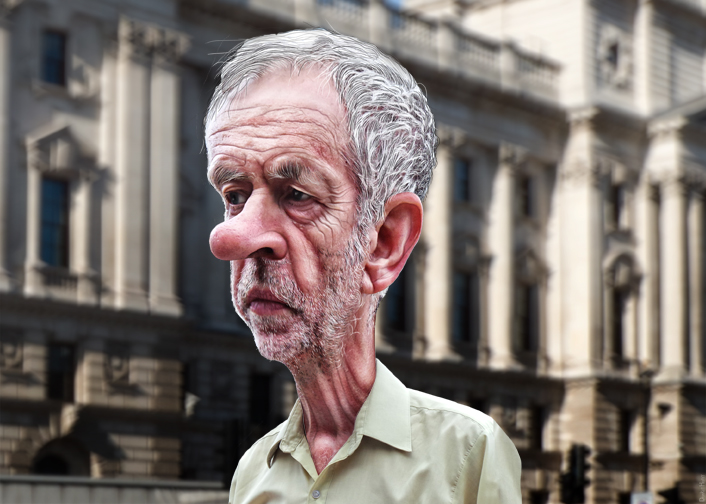 First of all, there is the problem of time. Theresa May has left  us perilously close to the deadline of March 2019, perhaps deliberately hoping that the fear of no deal will enable her to garner sufficient parliamentary support for her deal. If Labour is to make the argument convincingly that the alternative is not “no deal”, the party has to explain how it will take over, either as a minority government  or through a general election and negotiate a new deal in a few short weeks.

Even if the EU were to agree to further negotiations, is this feasible? Surely it would require an extension of Article 50 but would the EU agree to this on the basis of the further ‘purgatory’ of endless negotiations?

Secondly, is there a more sensible deal that would meet Labour’s six tests and meet their stated goal of overcoming the polarisation between leavers and remainers? The agreement made by May with Brussels is not actually the deal. It is an agreement on the terms of withdrawal covering money, citizenship rights and the Northern Ireland border and a rather vaguely worded political declaration about the content of a future deal that would govern the relationship between the UK and the EU. Basically everything remains much the same during the transition period. The political declaration about the content of a final deal commits us to the single market and probably the customs union for goods, although there are caveats, but allows for future control of immigration and is rather vague about everything else. It is a bespoke framework that is close to the Norway and Switzerland options but with control of immigration.

How would Labour’s version be different? According to John McDonnell, it would involve a permanent customs union and more of the single market; it would mean  a relationship that is  closer to the EU than May’s deal. Such a deal would not meet Labour’s own six tests and would be no more popular than May’s deal.

The second of Labour’s six tests is that it must offer the ‘exact same benefits’ as our current membership. The main objection to Theresa May’s agreement would equally apply to an agreement negotiated by Labour. In both scenarios, we would have no say on the EU rules that we would then have to adopt, only some sort of ‘consultation’ might be allowed.

Such a deal might be marginally better than May’s deal for jobs, the NHS, the environment and for science and it would ensure that the border between Ireland and Northern Ireland would be kept open.  But it would represent a huge diminution of sovereignty – less not more control – and would thus satisfy no one. It would rule out the possibility of contributing to desperately needed European reforms, thus committing us to neoliberal rules in perpetuity. Indeed what is weird about Labour’s insistence on the Customs Union is that it is the most neo-liberal part of the EU architecture.

Third, will Labour get a chance to renegotiate a more ‘sensible’ deal? Will there be a minority government or a general election? Will May survive a vote of no confidence?  May’s deal like the Chequers deal is hugely unpopular; there is a hardening of both remain and leave positions and neither side supports the deal.

Even if such a deal got through Parliament as a result of support from Tory soft Brexiteers, it would weaken Labour’s electoral position. Despite Theresa May’s lamentable performance, Labour is still neck and neck with the Tories in the polls. Such a deal will not win back the hard core leave voters who switched first to UKIP and then to the Conservatives in recent elections, any more than Ed Miliband’s commitment to the ‘controls on immigration’ won him back voters from the Conservatives. The Tories are just more convincing on Brexit and control of immigration – these are right-wing issues.

To win, Labour needs to capture the remain vote that is currently despairing about the Government yet disaffected with Labour’s stance on Brexit. Labour’s ambiguity on Brexit may have helped during the 2017 election because it allowed both leavers and remainers to assume that Labour was on their side; that ambiguity is just not possible now.

In the end, the best option is  ‘remain and reform’. We need to keep our close relationship with the EU for a host of reasons – jobs, Northern Ireland, climate change, security or research and universities. But if we are to address the real concerns of the leave voters we need to be inside the EU campaigning for a change of rules.

It is beyond absurd that a constitutional decision of this importance should be taken on the basis of negotiations within the Tory party and with the EU. There needs to be a genuine constitutional debate throughout the country – a debate about the kind of society we want to live in and how to tackle the deep seated problems linked to jobs, housing, health, and, above all, democracy that led to the howl of anguish represented by the Brexit vote. There has to be a debate on the European mainland as well. Europeans are facing many of the same problems and reforming the European Union has to be part of the agenda.

Of course there needs to be a public vote to reverse the decision to leave but it needs to be part of a far-reaching deliberative exercise in both Britain and mainland Europe.

The huge demonstration for a People’s Vote on October 20 and the continued protests  represent a social movement in the making. The overwhelming majority of Labour members are pro-remain; many of the marchers were Labour and there were clear left messages on the march, if not on the platform. This is Labour’s opportunity. It could be leading this new social movement and linking it directly to the legitimate concerns of leave voters and it could be leading the campaign against the rise of fascism across the whole of Europe. This is the moment when Labour needs to call for the extension of Article 50 and a UK wide and Europe-wide debate.