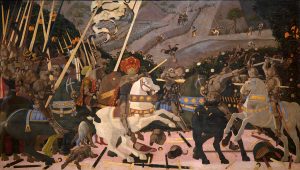 So far, for many people, the experience of Brexit appears to be one of real individual anxiety and pain set against a prospective, and increasingly unlikely, collective gain. This is the case for both non-British EU citizens resident in the UK, and the many British EU citizens who cherish and benefit from that extra layer of democratic citizenship, whether resident in the UK or elsewhere in the EU. It is highly unusual for a liberal democracy, in peacetime, to attempt to remove so many rights from so many people, including its own citizens, so rapidly. But that is exactly what appears to be happening, and it seems likely to have a damaging and polarising effect on many individuals’ sense of identity.

It is baffling that any of the groups mentioned above could be expected to be grateful for, or even reassured by, an offer to replicate some, but not all, of the benefits they currently enjoy as a matter of right. Teresa May’s recent ‘fair and generous’ offer was rightly greeted as anything but by many EU citizens in the UK. There is an overwhelming feeling of hurt and resentment among people who had organised their lives in good faith within an apparently stable system of reciprocal rights that the UK has unilaterally undermined.

British ‘expats’ might have been exempt from the discursive opprobrium heaped on almost every type of migrant in recent years in the UK, but migrants they are (indeed, stripped of EU citizenship, will become only migrants). The EU27 preceded Teresa May’s offer with one to UK residents of the EU27 states that was arguably both fairer and more generous. But many pro-Remain British migrants have clearly been distressed by the uncertainties of their status and by other issues such as the future restriction in choices for family members resident in the UK. Perhaps more profoundly, this group have experienced the utter despoilment of their specific political identity which combined Britishness with European citizenship.

Then there is a group with slightly fuzzier but no less real grievances, those of us who have enjoyed the benefits of EU citizenship in various ways, but do not happen to be living in a different EU state at the moment. This group embraced, but often took for granted, the apparent normality of a frictionless ability to live, love and work throughout the continent. The necessity of this group finding its voice to renew the European political project was apparent well before the Brexit vote. But it is only now realising the full extent of the underlying Europeanness of its identity. These citizens may prove to be crucial to negotiating the politics of Brexit (indeed, they may already, in voting for or lending their votes to Labour, have had a key role in depriving Theresa May of her expected majority).

Arguably together the groups above represent the biggest collectivity of actually existing cosmopolitans in British politics (the other, smaller and overlapping group, being the genuine globalists whom liberal Leavers like Daniel Hannan think will spearhead a globally orientated Brexit). The key question now arises of how representative politics accords a voice and space to these groups, and does justice to the ‘liberal’ in ‘liberal democracy’ (admittedly a mode of politics that exists in constant tension between collective and individual self-determination). Of key importance will be how the non-cosmopolitan liberal majority in Parliament collaborates with cosmopolitan Hard Remainers to counter-balance the disproportionate influence of Hard Leavers and their increasingly delusional narratives.

In an earlier piece, I unpacked the worryingly controlling tendencies of the urge to ‘take back control’ among some Hard Leavers. We can see a kind of desire, expressed through the frequent references to a constantly shape-shifting ‘will of the people’, to erase the perspectives of the minoritarian individual. This is apparent in the attempts to marginalise MPs who voted with their conscience against triggering Article 50 or in support of Chuka Umunna’s pro-Single Market amendment to the Queen’s Speech.

This latter trend obviously clashes with the regular pious calls for ‘authentic’ politicians driven by conscience. There is an obvious dilemma for Remain-supporting Labour MPs returned by Leave-voting constituencies, but one way for them to deal with this dilemma is simply to vote in what they perceive to be the national interest, against Brexit, or at least against extreme versions of Brexit, and argue their case to their constituents now and in the next General Election campaign, whenever that may be. Given the current discourse around the powerful role of individual MPs in hung parliaments, this should be the moment for the authentic views of MPs to come through and shape the debate.

Returning to the broader group of anti-Brexit EU citizens, both British and otherwise, at least we retain the power of our stories, and can draw on these in the tough debates ahead. During the referendum campaign and in explaining it afterwards, many accounts of sustained socio-economic suffering came to the fore as key explanatory factors. But in causal terms, these were much more plausibly to blame on austerity than on the EU. In contrast, it is already all-too-easy to find stories of people for whom the prospect of Brexit has caused genuine suffering, as they find their settled notions of self and belonging challenged and redescribed. As the economic mood music shifts and material pain begins to be felt, of which unfortunately there are now multiple warning signs – the quantity of such stories will only multiply.

That is why, despite the likely existence of a significant, if perhaps now diminishing, group of ‘Re-Leavers’, talk of a broad coming together to ‘make Brexit work’ is as unrealistic as it is patronising, unless it is around a very soft Brexit indeed – one reflective of the much gentler, more pragmatic Euroscepticism that arguably long characterised much of British political opinion (and precisely made a simplistically binary in-out referendum such a reckless gamble), and perhaps includes elements such as making some version of individual EU citizenship available to UK citizens.

If we have learned anything from the struggles over identity in violent conflict zones in recent years, it is that moments of acute political conflict tend to take malleable and multi-layered political identities, and reduce and radicalise them (see for instance Mary Kaldor’s work on ‘new wars’). The same phenomenon can be observed, in less troubled settings, in relation to many binary referenda (apart from cases of overwhelming support for one position). Often, far from solving problems ‘for a generation’, as is often claimed ex-ante on their behalf, they instead restructure axes of political conflict around the issue at stake, and polarise political identities.

For individuals, aspects of their identity that come under attack come to seem ever more salient, and their political identity tends to re-form around them. We can look to Amartya Sen’s Identity and Violence and Amin Maalouf’s In the Name of Identity to understand why, paradoxically, some of us are likely to feel, and thus in a sense become, far more European, rather than less, as we endure Brexit’s increasingly painful delivery.

Henry Radice is a Research Fellow on the Conflict Research Programme at LSE. He is also Editor-in-Chief of Euro Crisis in the Press. His research focuses on international political theory, humanitarianism and common humanity. View all posts by Henry or visit his LSE Research and Expertise page.

This entry was posted in Europe, Henry Radice, United Kingdom and tagged Brexit, Conflict, Cosmopolitanism, identity, identity politics, Referendum, Remain. Bookmark the permalink.
We use cookies on this site to understand how you use our content, and to give you the best browsing experience. To accept cookies, click continue. To find out more about cookies and change your preferences, visit our Cookie Policy.