The slogan ‘take back control’ was widely credited as a key factor in the UK’s vote to leave the EU on June 23rd.  That vote revealed many cleavages in how we understand our democracy. One significant one lies between understandings of democracy as the control of power by the majority, and a more subtle notion of democracy as the art of compromise. This latter understanding appears to be in retreat throughout the liberal democratic parts of the world, to say nothing of more fragile political environments. 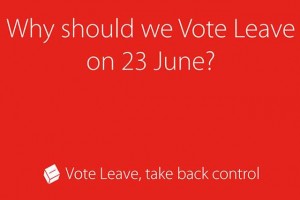 The contrast between control and compromise is important, and the lesson it yields sobering. In an ‘interdependent, globalised world’, to recycle the cliché – more-or-less accurate as it happens – the notion of control intervenes as a comforting delusion. It soothes the angst of those who would stop the world in order to get off. But it also appeals to the individual scale, and evokes domestic analogies in which control is seen as something achievable.

Indeed, the use of domestic analogies has become both widespread and problematic in both national and international political discourse. Witness the success in the UK of the frequent comparisons between the UK economy and a putatively overstretched, finite household budget. ‘Taking back control’ evokes a world in which borders can be as solid and straightforward as the walls of a house, where an Englishman’s home is his castle and it is his right to raise the drawbridge when feeling besieged (though he would be wise in such circumstances to have an adequate stock of provisions, or, in other words, a plan…).

There is, of course, something deeply paradoxical about repatriating a notional ‘control’ to a political elite that was simultaneously derided by the populists campaigning for Leave, and one wonders how much real ‘control’ will trickle down to the genuinely stressed communities who voted Leave as a protest against a brittle, unresponsive political landscape. (Furthermore, at the moment we seem to be witnessing more executive control than parliamentary compromise within the process through which we leave the EU.) But the celebration of control is in itself problematic. If we envisage democracy as a set of mutually enriching relationships, surely the term ‘control’ is something that should set alarm bells ringing, especially if we follow the notion of control, as the Leavers seem to want us to, back to the scale of the individual.

While no one wants their lives to be characterised by a total lack of control – and clearly many are voicing exactly that experience – the quest for control and healthy social relationships rarely go together. Indeed, the search for control is a key characteristic of abusive relationships. Partnerships are easily poisoned by control, but enriched through compromise.

Just as the zero-sum logic of domestic analogies corrodes economic discourse, so too is there a danger in accepting a zero-sum notion of democracy, which would inevitably be replete with the potential for abuse (and abuse there has indeed been in the rise in hate crimes in the aftermath of the referendum).

The space to celebrate compromise in democracy seems to have shrunk alarmingly. For example, one of the worrying aspects of the current tensions within the Labour Party is a rhetorically constructed contrast between compromise (with power and other political perspectives) on the one hand, and the purity of principle on the other, rather than a straightforward acceptance of compromise as a key principle of democracy. Indeed, Jeremy Corbyn’s totemic, recently renewed mandate has arguably been deployed in a manner closer to the majoritarian, more controlling definition of democracy. Donald Trump is a far clearer, and immeasurably more extreme example of the urge to control, though perhaps no longer within the context of a political project that can meaningfully be described as democratic.

Instead, we should celebrate compromise as a core democratic practice. Simultaneously, we should be wary of the compromises – really stich-ups – made behind closed doors between parties who have already achieved power in an exclusionary way. Arguably privileged white men, doing deals in smoke-filled rooms, have given compromise a bad name by using it as a figleaf for their broader social control.

Instead, we should recognise that democracy, as with all worthwhile social relationships, involves opening oneself to a certain amount of vulnerability – a ceding of ‘control’ to gain meaningful agency in one’s life. In March 2019, if UK trade negotiators are offered by their US counterparts the draft of TTIP terms that EU trade negotiators are currently tearing up, they may well feel that rejecting a political system based on compromise across and between our EU member states has failed to yield much in the way of ‘taking back control’.

This entry was posted in EU ref, Europe, Euroscepticism, Henry Radice, Media, Nationalism, United Kingdom and tagged Borders, Brexit, control, Referendum. Bookmark the permalink.
We use cookies on this site to understand how you use our content, and to give you the best browsing experience. To accept cookies, click continue. To find out more about cookies and change your preferences, visit our Cookie Policy.