The EU referendum result was not a triumph for democracy, so much as a symptom of large-scale manipulation. For all the discord and unrest it has unleashed, it may at least serve to enhance global awareness of how mind-control works.

The truth of what happened was that a minority group of politicians garnered support by offering us a rare opportunity to reclaim control of the nation from all those purportedly holding us back. Yet, the politicians’ offer was based on misinformation, designed primarily, it seems, to satisfy their personal ambitions and/or to control the nation themselves. 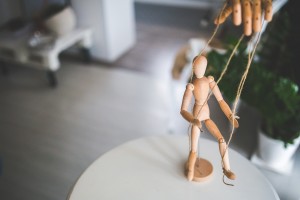 The strategy was no doubt to embolden nostalgic nationalists along with the generally disaffected, by professing to endorse their sovereignty, thereby overriding their willingness to engage critically with their liberators’ bogus prospectus. The message was music to the ears of many. Yet – as betrayed by the absence of any genuine plan – that is all it was.

The referendum vote was as unsafe as it was unrepresentative -­ it deserves as little respect as the architects who contrived it. “Regrexit” is testament to this. Yet, so too is the blind fervour of those who continue to cling to the untruths they invested in, while the country crashes around them.

Psychological coercion can appear in any number of contexts: cults, trafficking, radicalization, domestic servitude etc. Yet its two key components are invariably the same: a faux “liberator” whose audience possesses an overriding desire to believe his message. Perhaps the cruelest thing about this dynamic ­- and a fact we urgently need to wake up to – is the illusion it creates that victims willingly submit to their own exploitation.

The coerced will defend their manipulators until the illusion is shattered. And while we are still a free nation and a member of the EU, we can only hope this happens before the flames get too high.

Typically, deception is built on elements of truth. In this case, there are valid reasons for being critical of the EU and, arguably, our policies surrounding immigration. We must listen to the concerns of Leave voters, not vilify them.

Equally, however, we cannot afford ­- in any sense – to hold the nation to the “decision”, elicited by deception, of an unsafe majority. To do so would lend legitimacy to the fraudsters and further punish the defrauded.

Tom Gaisford is a barrister with particular experience in the fields of human rights, immigration and asylum law. He is a former alumnus of the LSE’s Human Rights MSc programme

2 Responses to On Brexit & Control