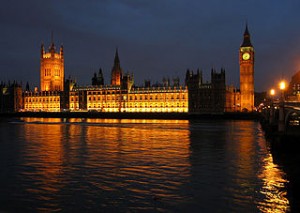 The vote to leave Europe seems to have set off a spate of events spinning in different and dangerous directions. The two main political parties are falling apart. Scottish politicians are already a tabling a second referendum on the independence of Scotland. Sinn Fein politicians are talking about a referendum on a united Ireland. European leaders are calling for haste in separating Britain from the rest of Europe – a haste that will not insulate them from what has happened in Britain and indeed may have the opposite consequences from what they intended.

To me, it feels like the disintegration of Yugoslavia or the events that led to the First World War, where every wrong step contributed to the next wrong step. No-one can assume that these processes of disentanglement will be amicable or smooth. Already hate crime is on the rise in Britain.

The general consensus is that this was a ‘democratic moment’ and that we have to respect a democratic decision. But what does that mean? Certainly it was a populist moment. But surely democracy is about reasoned debate and constitutionalism. This was a failure of our institutions and our unwritten constitution. The vote was called not in response to popular demand but in response to internal differences within the Tory party. The ‘rules’ were ‘agreed’ by the Tory majority in the House of Commons. Commonwealth citizens were allowed to vote but not European citizens resident in Britain who are allowed to vote in local elections and European parliamentary elections. People over the age of 16 were allowed to vote in the Scottish referendum  but not in the EU referendum. And who decided on a simple majority? In most countries with a written constitution, changes of this magnitude require a much bigger majority as well as the agreement of all major regions.

Above all, the debate was conducted on the basis of lies, which the Leave campaign now admit to be lies. They admit that the £350million a week sent to Brussels is not exactly right and that the money will not be spent on the NHS. They admit that they will not be able to control immigration and that the famous ‘breaking point’ poster was misleading. Yet there is no way of calling them to account. On the contrary they are the winners.

Perhaps the most troubling statement that was repeated over and over again was this phrase, ‘take back control’. It is not to the EU that we have lost control. Actually it is not clear how much control ‘we’ as citizens have ever had.  But if we have ‘lost control’ it is to the multinational corporations, the financial whizzes on their laptops, climate change, conflicts and poverty in the other parts of the world, and a host of other phenomena associated with globalization.

As it turns out, our best hope of being able to influence the decisions that affect our lives is through an institution like the European Union.  Take migration, for example. We live in a world of mobility where extreme poverty and violence is pushing people towards the North. Controlling our borders will not stop the flow; it will only lead to tragedies in the channel like the tragedies we currently observe in the Mediterranean. We can only manage migration through global co-operation.

There is a demand for devolution so that decisions closer to the citizen can be taken at local and regional levels. Devolution is supposed to be a way of ‘taking back control’ at local levels. Sadiq Kahn is already demanding greater powers for London for example. But devolution is only meaningful if we are also part of an institution like the European Union that protects us from the bads of globalisation, that taxes multinational corporations, that controls financial speculation, or that upholds environmental standards.

So how can we extricate ourselves from this seemingly unstoppable dangerous spiral of events? If we recognise that this was an illegitimate way of making such a momentous decision, then we need to develop an alternative genuinely democratic process – one in which it might or might not be possible to reverse the decision. First of all, parliament must not invoke Article 50. The referendum is not legally binding as Geoffrey Robertson spelled out in The Guardian. If the vote was not democratic, there is no moral argument for doing something that the majority of MPs oppose. But there is of course a political argument. While some of the people who voted to leave are already regretting their vote, there are many people who voted to leave who are angry and alienated and will become more so if what they see as their ‘victory’ is overturned by Parliament. The Brexit vote has exposed a deeply divided and polarised country.

So for political reasons, there needs to be a genuinely democratic and inclusive process of decision-making. That process needs to be partly procedural. It might involve a general election and eventually a second referendum, based on fairer rules agreed by a cross-party mechanism. But it also needs to involve a political consultation – rationally rebutting and debating the arguments of the leave campaign, especially the notion of taking back control. The Remain campaign never engaged with the Leave arguments; they merely stressed the economic consequences, which were treated as fear mongering. They did not take the anger and alienation seriously. It needs to include a discussion about inequality in our society and how it should be addressed as well as how to preserve our public institutions like the NHS, the BBC and the universities. It has to encompass both our constitutional arrangements and how to bring about a social and more democratic Europe.

Where are the politicians making points such as these? At the moment of our greatest crisis, most of them have descended into internal squabbling. It is only on the email or in blogs and op-eds that arguments such as these are being made. No wonder the many who supported Leave did so because they were fed up with the political class. How can we demand that our politicians come together and sensibly think through and navigate this perilous moment? Those of us who care about the future of our country and of Europe  need to press their MPs not to invoke Article 50 and to initiate a genuinely democratic process. In many Tory marginals the remain majority is higher than their electoral majority: surely people in those constituencies can convince their MPs of the need to rethink the legitimacy of the Brexit vote and to initiate a process that can help to overcome the polarisation and division it has exposed.

Note: This article gives the views of the author, and not the position of the Euro Crisis in the Press blog nor of the London School of Economics. It is re-posted, with a different title, from openDemocracy under a Creative Commons 4.0 license and with personal permission from the author.

7 Responses to Brexit and Democracy