The result of the EU referendum and the now imminent Brexit have been met with shock and disbelief both globally and in the UK. Despite indications by the polls there was still hope that reason would prevail over inwardness, hate and anger. At the same time, however, the result seems to be the sad but natural culmination of a campaign period marked by viciousness, lies and fear-mongering, which has divided the country and unleashed dark powers of nationalistic superiority, racism and xenophobia that would have been hard to deal with, even if the result of the referendum had been different, and the British public had decided to stay within the Union. Emotions have been running high in the last months, and the UK media contributed significantly to this. But their toxic role in the referendum has to be seen beyond this specific historical moment. 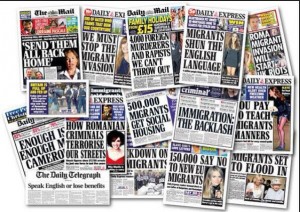 The Brexit vote is not a vote of protest against the undemocratic, bureaucratic and neoliberal EU, as Lexit supporters would like to believe. It is predominantly a blow against immigration, refugees and transnational solidarity inspired by fear, resentment, nationalism and a historical sense of superiority. These anti-immigrant, Islamophobic, and nationalistic feelings have been fomented by decades of racist and xenophobic media coverage, especially in the tabloid and right-wing press. What the referendum did was further legitimise these sentiments by offering them a platform of public expression within the VoteLeave campaign. Once unleashed beyond the domain of the tabloids, such discourses will have a grave impact on the social fabric of society.

This xenophobic discourse was further enabled by a sustained coverage of the European Union as the ‘other’ of UK politics. Rupert Murdoch’s media have been the ringleaders of a blatant and well-sustained anti-EU campaign throughout the years of his reign in the British media landscape, a hostility based on Murdoch’s inclination for low taxes and weak media regulation. The overall coverage of Europe has not differed considerably, however, across the political spectrum. The EU has been predominantly covered in British media as a force to resist against or benefit from but always distinctly different from the UK and its politics. The recent reporting on Cameron’s negotiations with the EU is an illustration of this long-standing tendency.

To these two overtly nationalistic tendencies of the media, one has to add their long-term fascination with the two personalities that have ultimately led the VoteLeave campaign. Nigel Farage has been attracting disproportionate coverage in the media given his actual low popularity even before last year’s general election. Despite the fact he is not even an MP – but ironically an MEP -, his voice has been among the loudest in the campaign period, as his xenophobic and fear-mongering outbursts attracted media attention and provided him increased visibility. At the same time, Boris Johnson has been represented, since his days as a Mayor of London, as the buffoon-next-door rather than the opportunistic, elite demagogue that he really is. Both personalities have gained prominence over the last few years on the basis of their entertainment value and media’s preference for personalities over ideologies and sound bites over informed debate. 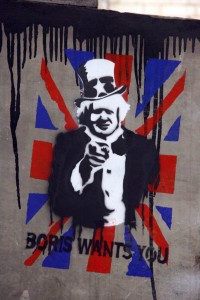 Left-wing media  not only did not manage to challenge such representations but they often played along with them. More media space and attention has been devoted to apparent internal conflicts within the Left over the last months rather than the eminent risk of a Brexit. Trying to rebuke the fear-mongering campaign of the Leave supporters by resorting to similar threats about the country’s future only the last days before the referendum was not and could not possibly be helpful. What was needed was a more sustained coverage of the significance of the EU. Information gaps created over years of limited and distorted reporting could not have possibly been covered in the last couple of weeks.

British media have, therefore, failed to fulfill their role both by not creating the conditions for an informed decision with regard to the referendum and by providing limited, one-sided and even distorted information for a long time about what the European Union really means and what the place of the UK is in it. As the country will be licking its wounds and counting its losses in the months and years to come, while Murdoch will be gleefully rubbing his hands, it is also time for self-reflection for the media and journalists about the role they have played in this referendum, and the role they need to play when society is in crisis.

Maria Kyriakidou is a Lecturer in Cultural Politics, Communications and Media at the University of East Anglia. View all posts by Maria, and follow her on Twitter @Maria_Kyriakid.

Capitalism Today: The Austrian Presidential Election and the State of the Right and the Left in Europe