Greta does not need to be saved, she needs to be listened

Posted on December 21, 2019 by Eurocrisis admin

Through a comparaison with Malala Yusafzai, the authors aim to undertsand the campaign of demonisation and decredibilisation specifically targeted at another young activist, Greta Thunberg. First, the nature of their messages is different: the education of women is not a challenge for the western status quo. Meanwhile, Greta poses a systemic change, which is inherently conflicting. Secondly, the form of the messages is different, while Malala has been reduced by some to a girl who inherently needs to be saved. Greta advocates for actions, she uses her anger and refuses to be reduced to the role of passive victim. Thus, Malala is accepted as a fetishized object, consolidating the narrative of European liberal progress and satisfying the Western Savior complex while Greta receives insults because she poses a double challenge to hegemonic discourses regarding the climate crisis, both in nature and in form. 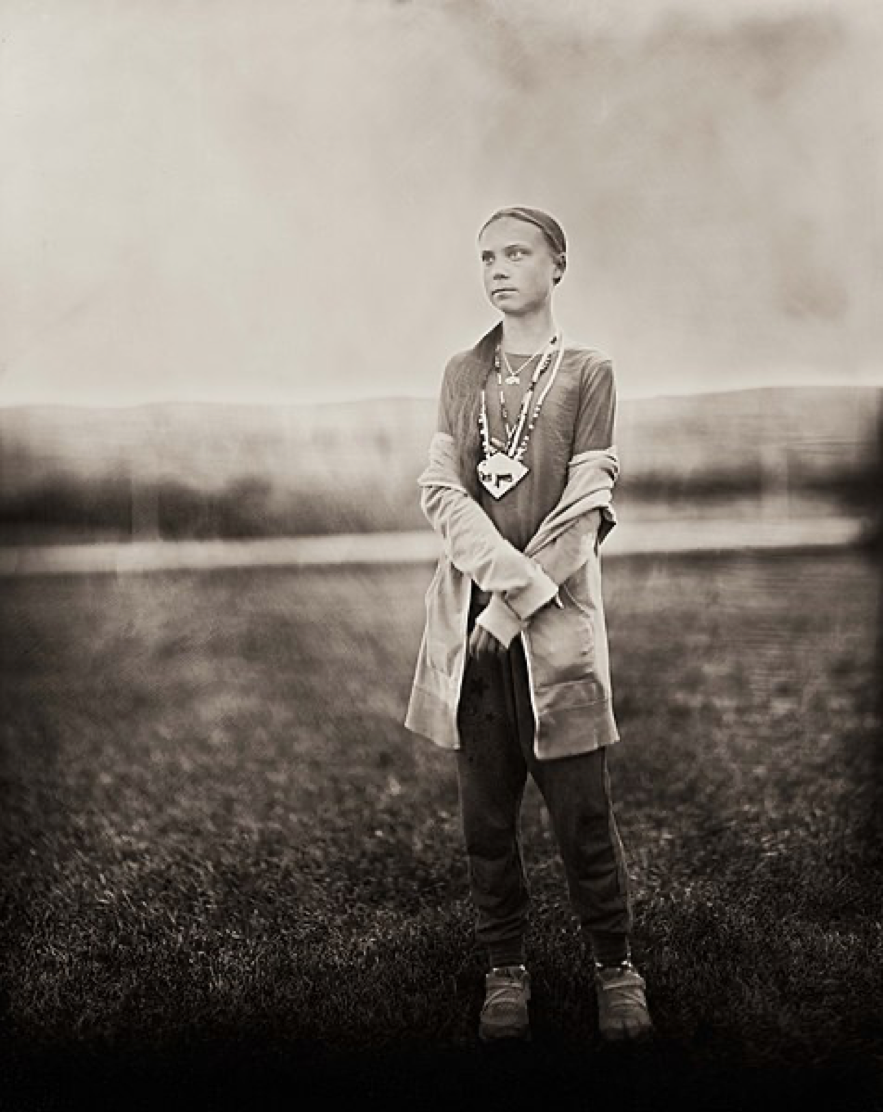 As people who grew up as a political activists, we deeply respect what Malala Yousafzai and Greta Thunberg have done to raise awareness among the youth and the not so young. They became important, global voices. They both carried the burden of becoming poster child. Yet, despite both being girls of approximate the same age, willing to come forward and deliver a message to a global audience, Malala never suffered the level of misogyny, decredibilisation and hate experienced by Greta.

After the repulsive attack against her life in October 2012, Malala Yousafzai has become a referent in favour of female education and against violent attacks to repress freedom of speech. She is widely acclaimed in the West as a fighter for Human and Children’s Rights and was awarded the 2014 Nobel Peace Prize as a recognition for her extenuating struggle.

Meanwhile, Greta Thunberg started her school climate strike in late 2018 and since then has influence teenagers all over Europe in their fight against climate change. Her single-person strike has transformed into a transnational movement under the banner of the Fridays for Future. She has also received universal praise from the “adults” of the West. Or that’s what we would like to say.

However, no day passes without a journalist, politician or even an institutional representative verbalising their criticism against her. This has become more than apparent with her presence at the COP25 in Spain. After being mocked by Trump and condemned by Merkel, Macron and Conte, in Madrid, among other less respectable figures (at least in theory), the Deputy President of the region of Madrid had harsh words for her. Furthermore, during an electoral debate a few weeks before, a spokesperson for the centre-right party PP stated that “few persons have harmed more the cause of climate change than the parents of Greta Thunberg”.

The simple fact that we refer to Malala only by her first name while in the case of Greta, we predominantly use her full name denotes our collective will to distance and establish an unfamiliarity with the latter. It should also be noted that not using Yousafzai is not necessarily a good practice, since it might hide a fetishisation of her, either because of her age, gender or origin, reducing her to a female child from the Orient who is patronised by the West.

Going back to the divergence in treatments, it corresponds not only to the different messages that they defend but has to do with the nature and form of their discourses.

While Malala’s message does not cause any tension within the Western zeitgeist, Greta’s speech calls for a radical, perhaps, disturbing change in how we do things.

The first explanation of this different behaviour comes from what they advocate for. Female education does not encounter any rejection in Europe. It would be ludicrous if someone would argue that half of our population should not attend school. Furthermore, it is a cause that does not need any effective or political action here; it argues for action outside of our continent. For the European elite, it is not only a fashionable discourse that complies with the status quo but also a “pat on the back”, a “proof” that Western society is superior and more progressive.

In front of this “innocent” message, Greta’s principles and values are grounded in the ‘here and now’. They are opposed to the roots of our economic and social structure. The activist is arguing for a systematic change since that is the only way to combat the climate emergency in an effective way. Because of that, she has made herself the enemy of big polluting companies and the politicians who they have been friends with for decades.

Instead of a message in favour of peace and education, what Thunberg represents is a challenge to the source of the economic benefits that have sustained our elites. It is understandable that because of that, her message is confrontational and opposed to a peaceful modus vivendi between polluters and the future generations who will suffer the worse consequences.

Nonetheless, the nature of their messages is not the only reason for the world’s shameful attack towards a teenager. While Malala is frequently portrayed as a victim of the repressive Taliban and patronised as a child who needs our protection, Greta has rejected the label of an adolescent who is destined to suffer the errors of the past generations. On the other hand, the world has managed to define Malala as a passive victim who has survived to her enemies and is continuing to speak her truth. Apart from being a sadly simplistic recount of her discourse, this has succeeded in making her and her message acceptable to our leaders and society at large.

This process of fetishisation has not happened yet with Greta Thunberg. Her voice, her actions, continue to be an essential part of how she portrays herself. She has not resigned herself to be a smiling child who has a message of love and hope. She has decided to tell an uncomfortable truth. She has embraced her anger against the older generation and she has chosen to be authentic.

Unfortunately, it seems that our society is not prepared for authenticity nor being told what we should do in order to ensure a viable and decent future precisely for the following generations.

Some might choose to ignore these reflections and continue to justify their difference in treatment on the fact that the messages are not the same, or not even related. While Malala’s cause treats with something that is universally condemnable, Greta’s message seems too crude, ultimately too “political”. This argument first ignores the difference circumstances outside of the West and misinterprets Malala’s core audience, which is not living in Europe but on places where female education is still not the norm. Secondly, criticizing that climate change is “political” contradicts the thousands of climate scientists who have expressed their support for Greta Thunberg. Any solution to this must be political.

Malala awaken our western saviour complex, she had been cruelly attacked, she was refused the basic human right to go to school and learn, she was a girl, she was an easy target both for the Taliban, and for the western discourses. She required our help, our saving. Greta doesn’t need to be saved.  In that sense she is a subversive figure, a young girl, almost a child, not asking to be saved or protected but demanding change, pointing out our contradictions and our failures regarding the greatest, defining threat of our era: the climate crisis.

Greta Thunberg is proving to be a paradigm for millions of youngsters and is challenging the hegemonical discourse both with the nature and the form of her message. Instead of trying to ignore and insult her persona, as “adults” we should engage with her arguments and celebrate the maturity of our future generations.

This entry was posted in Europe, United Kingdom and tagged Climate Change, elites, Greta Thunberg, Malala. Bookmark the permalink.
We use cookies on this site to understand how you use our content, and to give you the best browsing experience. To accept cookies, click continue. To find out more about cookies and change your preferences, visit our Cookie Policy.