The European Ecological Transition in the ‘Post-Covid’ Era

Only a few months ago, the Ifema congress centre in Madrid, now a field hospital, hosted the COP 25 climate summit, whose task was to close the rule book of the Paris Agreement. At that time, an energetic von der Leyen had just taken up her post as President of the European Commission in a difficult context to lead the European Union. The green parties were gaining strength in the European Parliament, which had lost the traditional absolute majority between the European People’s Party (EPP) and the Socialists & Democrats (S&D) in the May 2019 elections. This parliamentary fragmentation, the need for a new impetus to the European project in the context of Brexit, and the aim of addressing citizens’ concerns about climate change were important factors in the adoption of the ambitious European Green Deal as the flagship project of Ursula von der Leyen’s new mandate. The current Covid-19 crisis, however, opens up a new set of political and economic uncertainties: decisions taken now could either hamper the Commission’s green agenda or lay the ground for paradigmatic shifts to facilitate the transition to a green economy. 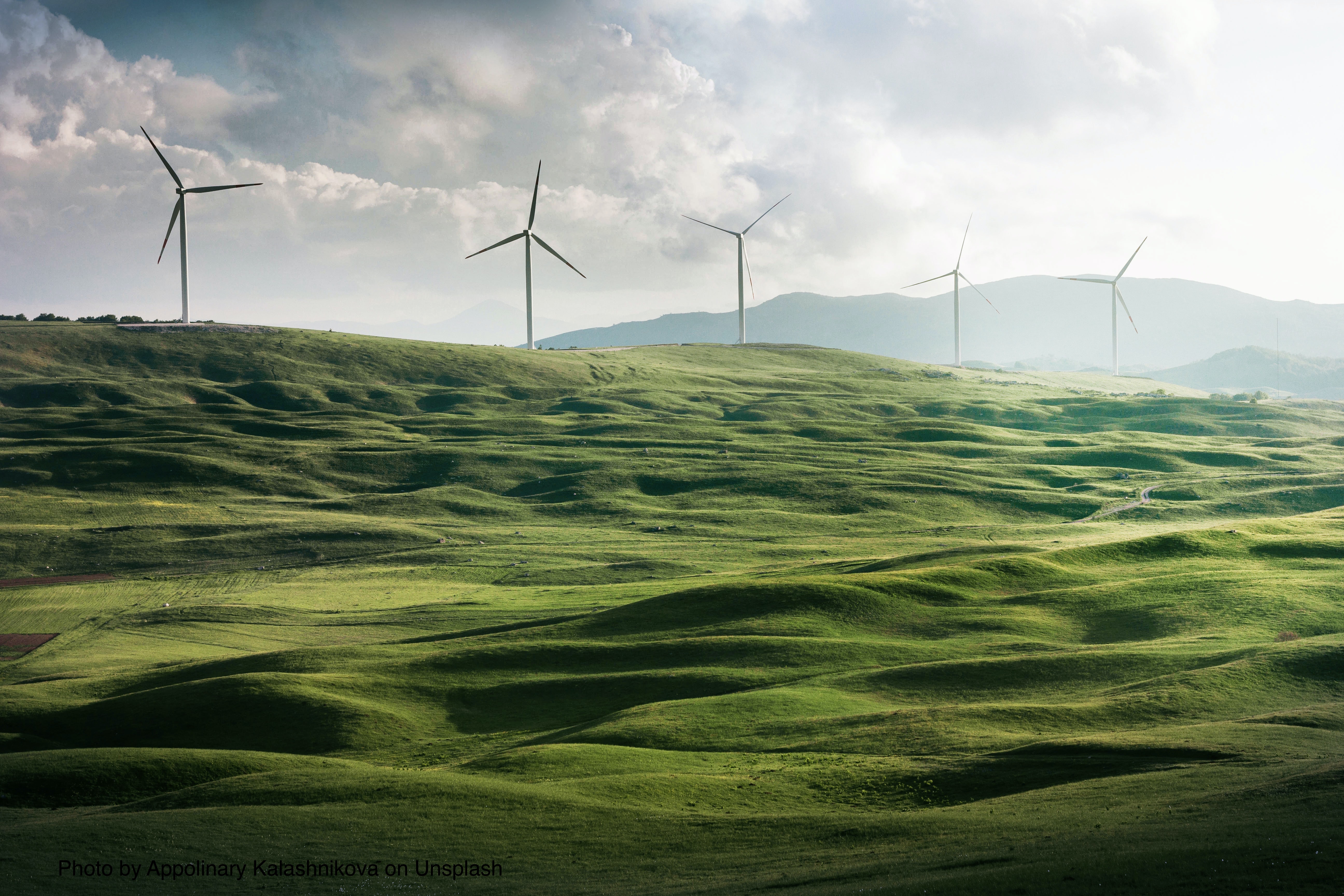 Von der Leyen’s efforts to get the new Commission off to a productive start and to set the tone for the entire legislature have been reflected in the speed with which the Green Deal was proposed (in the first 11 days of her term). In addition, as early as March, the Commission unveiled several of the initiatives arising from this pact. First of all, the European Climate Law, which aims to give force of law to the objective of climate neutrality and which is pending approval by the European Parliament and the Council. Secondly, the new European Industrial Strategy, which aims to help European industry maintain its global competitiveness in the new geopolitical context, while making the transition to climate neutrality and digital leadership. In addition, the New Circular Economy Action Plan has also come to light, which aims to transform product manufacturing methods and give consumers tools to choose sustainable products, thus accelerating the ecological transition.

In order to make this transition to a sustainable economy possible, the Commission presented the Sustainable Europe Investment Plan, which aims to mobilise at least 1 trillion EUR of sustainable investment over the next decade. As a complement, the Just Transition Mechanism aims to provide targeted support to the regions most affected by the transition, helping to mobilise at least 100 billion EUR over the period 2021-2027.

Despite the momentum of the first months of the mandate and the Green Deal’s relevance, the covid-19 crisis has burst onto the European public agenda. Therefore, now the debate is about the possible alteration of the deadlines of the projects that had been proposed to address the ecological transition. There is a real risk that the health emergency will culminate in an economic crisis that will alter the ability to mobilize financial support from the private sector or member states to address this transition.

At the financial level, the Commission and the Member States have mobilised a wide range of economic stimuli to mitigate the economic effects of Covid-19. On 19 March, the European Central Bank announced the Pandemic Emergency Procurement Programme (PEPP) worth 750 billion euros, has relaxed capital ratios for commercial banks and will increase the funds available for loans (in total the measures proposed exceed one trillion euros). In addition, the European Investment Bank proposed 40 billion in loans and credits for SMEs, and the European Commission has decided to use 80 million from the 2020 horizon to finance research by the company CureVac to develop a vaccine against the coronavirus and will allocate more than 200 million for other similar projects. After intense negotiations, the Eurogroup reached an agreement to unblock half a trillion of additional grants.

The Commission has also relaxed its subsidy policy, facilitating concessions by Member States of up to 800,000 euros per company. Germany has abandoned its famous Schwarze Null (a strict balance between public revenue and expenditure) by approving a EUR 400 billion guarantee framework for refinancing companies; France will support its economy with EUR 350 billion; and Spain intends to mobilise up to EUR 200 billion in loans. All of the above measures are likely to affect the ability of the European Union and member states to allocate financial resources to the ecological transition once the covid-19 crisis is over.

In this financial context, a major question is how the debate on the climate emergency will re-emerge in the post-Covid era. Will the crisis help drive Europe’s ecological transition? Will it slow it down? On the one hand, several media predict that the lack of economic resources will delay plans for green reforms, and even some politicians (such as the Czech Prime Minister) advocate altering the initial plans of the European Green Deal for financial reasons. For their part, diplomatic representatives in charge of organising the German presidency of the Council of the European Union have warned that the emergence of covid-19 will have a “massive impact” on their agenda; all efforts will be focused on reversing the effects of the pandemic, which could relegate other priorities.

On the other hand, a variety of thinkers, politicians and NGOs propose to use the current health crisis to promote paradigmatic changes in social customs and established modes of production, which can address the needs of the climate emergency at the same time as the needs of the Covid-19 crisis. For example, French philosopher Bruno Latour argues that “the health crisis prepares, induces and encourages people to prepare for climate change”. According to the author, this is due to “the sudden and painful understanding” that the meaning we classically attribute to society enters a vacuum; thus, allowing great paradigmatic changes. MEP Florent Marcellesi believes that from this crisis we can learn that it is “perfectly feasible” to prioritise health and people over the economy, production and consumption with a post-growth economy.

At the political level, there are important voices calling for making the response to the Covid-19 crisis compatible with green policies. Recently, the ministers of environment and climate change of ten European countries signed a petition to support the Green Deal as the roadmap for overcoming the current crisis. For his part, Frans Timmermans, Vice-President of the Commission in charge of the Green Deal, in addition to defending a green recovery, highlights the role of hydrogen in this transition.

There are many other relevant actors who, in addition to advocating that the post-Covid economy be focused on the Green Deal strategy, propose that governments encourage climate-friendly investments when giving money to large industries in the aftermath of the Covid-19 crisis. This opinion is defended by experts such as Fatih Birol, Director of the International Energy Agency, and Mariana Mazzucato, Professor of Economics at the University College London. In a recent article, The Economist also supports this opinion and assures that the political margin to guide the recovery of the economy is wide and can include ecological considerations.

The conditions of any rescue could take many forms. For example, the former Commissioner for Climate Action and Energy, Miguel Arias Cañete, believes that financial assistance to airlines affected by the coronavirus crisis should be conditional on compliance with measures to reduce its impact on the climate, through market mechanisms; Greenpeace UK proposes to reduce demand gradually over time through a frequent flyer tax; Climate Policy Initiative proposes to invest more in research and development of hydrogen fuels; Transport & Environment proposes to make aid to the aviation sector conditional on the payment of taxes and the adoption of clean fuel policies after the recession; and E3G proposes to eliminate fossil fuel subsidies taking advantage of the fall in oil prices. These are some of the concrete measures that have been discussed to promote substantial changes that can transform our economy.

In short, linking a complex post-covid financial situation with the imperative of creating a green economy will be a complicated but necessary task. The great efforts that await Europe to rebuild the economy after the pandemic will produce major adversities. Saving the Green Deal in this complex and turbulent context will require major political efforts, linking the current covid-19 crisis and the financial stimulus packages that have been adopted to the need for continent-wide green reforms. The model to be adopted for the recovery strategy in Europe could tip the balance significantly towards a green economy or a traditional economy.

In times of crisis such as the current pandemic, the rigidities of the structures that condition the socio-economic habits that characterize our system are diluted. In this way, so-called critical junctures in our history widen the room for political manoeuvre and create new path-dependencies that will mark politics and the economy for centuries. The current pandemic clearly represents a critical juncture, opening an unusual margin for accelerating profound changes in our economic and social system. That is why we cannot spend our strength on returning to the previous situation. We must look to the long term and seize this moment to accelerate the process of ecological transition, and not only for environmental, climatic and economic reasons. It should be remembered that the Green Deal is also a way of involving citizens with the European project (especially the youngest ones) and promoting new consensus among member states, in order to reaffirm the European project at a time when the unity of Europe is at risk. Therefore, the future of the Green Deal in the post-Covid era will be essential for the future of Europe.

A version of this article in Spanish was published in Agenda Pública.

Andrea Pérez Ruiz holds a BA in Political Science and a BA in Sociology from the University Carlos III of Madrid in Spain. Previously she has been Policy Assistant to the former European Commissioner for Climate Action & Energy, Miguel Arias Cañete, and the Director-General for Environment of the European Commission, Daniel Calleja Crespo. Her main research interests are environmental and climate policy.

Kilian Wirthwein Vega is a political consultant, specialized in EU politics. He holds a BA in International Relations from the Hochschule Rhein-Waal in Germany, an MSc in Conflict Studies at the London School of Economics, and was Talentia Scholar for the MSc in Global Governance and Diplomacy at the University of Oxford. His main research interests are institutional design and statebuilding.

This entry was posted in Covid-19, Environment, Europe and tagged Climate Change, Covid-19, European Commission, European Union, Green New Deal, green parties. Bookmark the permalink.
We use cookies on this site to understand how you use our content, and to give you the best browsing experience. To accept cookies, click continue. To find out more about cookies and change your preferences, visit our Cookie Policy.