The vaccine Portugal discovered which Italy doesn’t know about

The importance of April 25 in Italy and Portugal can hardly be overstated. Both celebrate being freed from a violent dictatorial regime. A day to get the flag out and put it on your balcony on full display. Lots of green and red everywhere in town. And plenty of sunshine to make it a perfect day. A southern European July 4 of sorts. 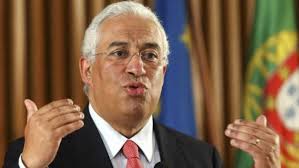 Similarities end here, though. Portugal has experienced the coronavirus crisis very differently; it went into lockdown comparatively earlier. The gravity of it all was grasped sooner. António Costa’s government’s measures – health and financial – have been endorsed by the opposition throughout.

Rui Rio, president of the centre-right Social Democratic Party and leader of the opposition, publicly said last week that attacking Costa’s left-leaning executive “is not patriotic” at times like these. He also sent a letter to party members to remind them of this vital message, which also advocates for the country’s unity. A sign of political maturity. You should be so lucky to find anything like this in Italy.

That being said, Portugal’s centralised health system – unlike Italy’s – has probably made it easier to keep the whole situation manageable. Swift coordination is everything against the coronavirus. And so, while comparing one country – Portugal – against another with a population six times larger – Italy – is always going to be difficult, you still can’t escape the fact that the latter has a much bigger contagion issue.

Every aspect relating to the coronavirus has caused acrimonious debates in Italy. Tension has been a constant. During a much-awaited televised speech to the nation at the beginning of April, prime minister Giuseppe Conte felt the urge, half way through, to digress and claim that opposition leaders Matteo Salvini of Lega and Giorgia Meloni of Brothers of Italy – often described as far-right in the international press – were just spouting “lies.” That’s the word he used, completely red in the face with rage. Conte named names. Other conservative forces just piled into him the next day. Moderation disappeared overnight from the face of the Italian earth. Maybe it’s never been there.

True, Portugal’s registered fewer than 1,000 coronavirus deaths; Italy over 26 times that. In such a scenario the pressure on a prime minister must be immense; and some will always be in favour of exploiting the situation and cunningly exacerbate tempers for political gain. Conte could well have fallen into a reactionary trap. Yet this is not the time to do politics as usual, as Rio grasped.

To fully comprehend this means to have been inoculated with a special vaccine that ought to be available to everyone 75 years since the end of the Second World War and 75 years of celebrating Liberation Day from nazi-fascism in Italy. But as the 93-year-old former anti-fascist partigiano Gildo Bugni told Corriere della Sera the other day, “a vaccine against fascism has yet to be discovered.”

How encouraging it is to see that in Lisbon, at least, they might actually have found an antidote.

This entry was posted in Covid-19, Italy, Portugal and tagged António Costa, Covid-19, Italy, Matteo Salvini, portugal. Bookmark the permalink.
We use cookies on this site to understand how you use our content, and to give you the best browsing experience. To accept cookies, click continue. To find out more about cookies and change your preferences, visit our Cookie Policy.