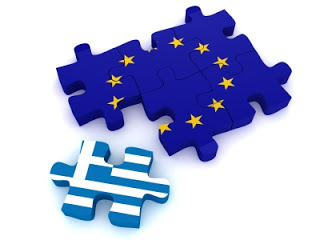 Since almost the outbreak of the Greek debt crisis in 2009, speculation began as to whether this would be a turning point announcing the end of one of the longest periods of peace, stability and democratic normality Greece ever witnessed in its near 200 years history; a period that goes by the name ‘Metapolitefsi’ (regime change). The latter term designates the period from the restoration of democracy in the summer of 1974 until…well, it seems that until now we were not sure of its end date. However, in all probability we now know -to paraphrase John Lewis Gaddis- that we are experiencing the death of a regime that promised to deliver a great deal but eventually led to Greece’s ruin and appears likely to go down in infamy, disgrace and national humiliation.

Things did not look so gloomy in the summer of 1974 when Constantinos Karamanlis arrived in Athens’ airport invited by the military junta in a desperate effort to avert a looming national disaster. The tragedy eventually did happen: one third of Cyprus succumbed to the Turkish invasion, with Karamanlis being unable to do much about it. The period that was inaugurated by the voting of a new constitution in 1975 marked the beginning of a new era and a new ethos in Greek politics. The Greek Communist Party (KKE) was legalised, Greek political exiles were able to return and the country set out to restore political unity, re-establish democratic rule, and heal its wounds. Despite the favourable omens, however, the new regime established by Karamanlis, suffered from constitutive deficiencies that undermined its long-term prospects and its ability to progress into a mature democracy with strong institutions, healthy fiscal practices and consensual political culture. Karamanlis himself recognising the polarised nature of Greek politics and the deeply-ingrained populist sentiment of self-victimisation pervading Greek society adopted a bifurcated strategy that revealed both his vision as well as his political Machiavellianism. On the one hand, he went to great lengths to secure the country’s accession to the EU signed in 1979. To his mind, that would ensure both democratic stability and political legitimacy for the new regime, not to mention the prospects of economic prosperity and geopolitical security that the entry to the EU promised. At the same time, however, mindful of the dynamics of Greek politics and the lack of a mature political culture, he did not refrain from the old die-hard populist practices that would become endemic in Greek politics in the years to follow. In an effort to secure absolute control on the country’s politico-economic establishment and avert the rise of populist Pasok, he nationalised Greek public service companies and inaugurated the habit of hiring party members or party favourites in sensitive public sector positions. The seeds of what would become the scourge of Greek political life, clientelism, cronyism and petty-party politics, were quite early sown.

Andreas Papandreou, a phenomenal demagogue and charismatic popular leader, had only to take advantage of those structures already in place to impose the first fully populist regime in Greece that openly operated on the basis of extreme party polarisation, vindictive rhetoric and open favouritism. Papandreou took advantage of the abundance of free-floating sovereign investment funds in the ‘80s (mostly pouring out of a stagflating Japanese economy) to introduce a rentier state-sponsored economy that thrived on parasitism and a cartel-run domestic market. At the same time the flux of EU money and the almost total absence of effective EU monitoring allowed the creation of an army of rentiers, cronies, praetorians and oligarchs of the new populist regime that almost threatened the Greek economy with a spectacular bankruptcy in the beginning of the ‘90s. In the meantime, the country’s constitutional situation was deteriorating as the 1985 constitutional amendment removed any checks and balances and granted almost untrammelled power to the ruling majority and practically to a close circle of party aids and magnates around the prime minister (the trivialisation of the constitution culminated in the 2000 amendment). The anaemic and half-hearted efforts by the following governments, including Papandreou’s second administration (1993-96), to save the day through emergency austerity measures only perpetuated the deadlocks and veiled the embeddedness and widespread appeal the culture of populism enjoyed in Greece post-1980s.

In fact, as a result of the rising living standards financed by foreign loans and perennial fiscal deficits, rentocratic populism infiltrated all the strata of the Greek political system across the spectrum rising to the status of political and fiscal orthodoxy representing, in a perverse Orwellian twist, the hallmark of progressive politics (!). The entry in the Eurozone was a decision based on seemingly sane economic facts (currency stability) and wishful projections (incentive for reforms to boost competitiveness) but in reality helped only to secure a semblance of false prosperity financed by the massive influx of cheap credit that flooded the country post-2000. In an unholy alliance with a number of economic oligarchs (in banking, oil, shipping, public construction, and media industries) that benefitted from close proximity with the government, the primary beneficiaries of the new system were successive governments that engaged in a sinful entanglement with ‘vested interests’ securing public contracts and controlling public opinion through docile media. These practices did not only penetrate the establishment parties (Pasok and ND) but the Left as well which was given a share in the ‘Metapolitefsi’ regime (mutual implication in rentierism secured complicity and appeased leftist populist sentiments). University professors, intellectuals, politicians, journalists and trade unionists across the political spectrum (with only few exceptions) tolerated or became staunch supporters of a degenerating pension system, unsustainable fiscal policies and a dysfunctional state bureaucracy already undermined by the aforementioned populist policies and practices of favouritism. Rentocracy was given an ideological gloss pervading pro-austerity and anti-austerity forces, which explains the confusion around the cross-party resistance against pension reforms and spending cuts in Greece. Instead of introducing a genuine progressive transformation of society, the Left became the forerunner of conservative resistance to much-needed reforms as it opted for the easy route: the defence of clientelism and parasitism as opposed to a long-term reform strategy that would boost Greek competitiveness and build up sustainable growth structures. This entire perversity was sustained by an unfair system of taxation that put emphasis on high indirect taxes (sharpening inequalities) and the squeezing of every productive sector of the economy. When push came to shove the only refuge for a failed and putrid political class was blame-shifting, polarisation and obfuscation of the real issues at hand. The referendum is simply the last desperate act of violence of a crumbling nomenclature on a disoriented populace.

We have now arrived at the end of a long (41 years) road. Not everything ‘Metapolitefsi’ stood for should be condemned. It was the longest period of political stability and democratic rule the country ever enjoyed ensuring Greece’s participation in the European experiment, a process that despite the many challenges it is faced with remains committed to creating a common space of security, prosperity and freedom. All these are now questioned or under threat in Greece. Feelings of humiliation and frustration abound amongst a people that was consistently misled and let down by its leaders, and pushed around by Europe’s intransigence and myopia. Greeks are now faced with a dim future. Banks are indefinitely closed, capital controls imposed and there is only a glimmer of hope for recovery or return to normality. This situation is most probably the premonition of regime change. This can go both ways. The way of extreme poverty, domestic instability, autarchic rule and geopolitical isolation is one; or the route of a real change through the voting of a new constitution and the revitalisation of Greek political life around the values of freedom, the rule of law, and social solidarity within a broader European family of nations. It is by now widely manifested that the real obstacle to Greece’s recovery is a parochial, blocked and immature political system that is refusing to simply step down insisting on parading its decomposed carcass like an undead zombie. The duty of the next day is first to realise the nature of the deadlock and then to reactivate our political imagination towards re-building the country from scratch. Let us hope this is done before a new national security tragedy, similar to the Cyprus invasion that made ‘Metapolitefsi’ possible, erupts and the wounds of national disunity fester. Let us hope this is not the only way Greeks learn their lesson.

Modalities of solidarity in Greece: a civil society at the cross-road

Deal or no deal? Parameters of a decision

5 Responses to So this is how it all ends…