Windfall Revenues in Europe: What’s Next?

Posted on December 16, 2016 by Eurocrisis in the Press 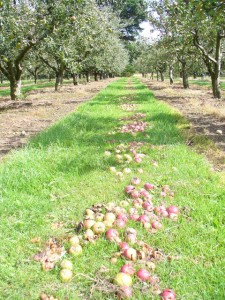 European countries need to start thinking of what to do with windfall tax revenues from multinationals. We argue that there is a need to create a structure addressing the risks relating to potential windfall tax revenues. One solution could be the creation of sovereign venture funds.

Currently a number of European countries face windfall tax revenues from multinationals. Economic actors, for-profit organisations and multinationals make their decisions in a context where countries compete for foreign direct investments and headquarters. This article is about the policy responses and potential implications, but not about whether tax minimisation procedures are good or bad.

Now there is a lot of debate about how to recoup these taxes. The prospects have specifically grown with recent EU Commissions investigation of MNCs such as Apple where Apple owes Ireland US 14.5 bn (see Table 1).This would be significantly more than the total of Ireland’s VAT revenues in 2015.

If the Apple case is a precedent and represents a norm across the MNC sector, tax revenue losses from base erosion and profit shifting are conservatively estimated between US$ 100-240 bn every year. Then the question would be who would get this money.

Who gets this money?

One possibility is nobody. These amounts would be pooled globally and used for infrastructure investment in mitigation and adaptation requirements. Thus poor countries would benefit as well. The other possibility is that the US (to which most of these companies belong) would change its tax laws to put an end to their MNCs holding huge amounts offshore.

The United Kingdom was already confronted with a situation of windfall tax revenues during the 1970s North Sea oil boom.

Instead of saving the money (e.g. for future generations) the UK government just spent it. Investment experts such as Nick Tolchard, chairman of the global sovereign group at Invesco, suggest that the UK should have followed the Norwegian model instead. Norway used it as an opportunity and has now accumulated nearly 1 trillion US in its sovereign wealth fund (SWF) – state owned investment fund –the Pension Fund Global.

A recent report by the LSE Grantham Institute has shown that the creation of a SWF in 1975 for managing the UK’s resource wealth would have lead to a substantial size of GBP 280 bn by now.

The strategic use of windfall revenues: creating sovereign venture funds

We argue that there is a need to create a structure addressing the risks related to potential windfall tax revenues. Governments in power have strong incentives to use this money in a way that supports their re-election. This issue is particularly acute in the context of number of crucial elections ahead in Europe. Or should this money be used to pay back existing debt or to cover hospital schools and social programmes?

For example, if Ireland gets this large one-off sum from Apple, then this means huge windfall revenues for the government (equal to about 5.1% of GDP in Ireland). As such there is a need to think ahead about a structure which allows the responsible management of these windfall revenues. Rather than using this money to pay off debt, why not allocate it to a sovereign wealth fund, use it for future generations, or seed funding.

One way would be to follow Singapore in creating sovereign venture funds. Singapore’s largest sovereign venture fund Vertex has a mandate of seeding and developing new business opportunities in areas which are promising for growth. Vertex has a focus on financing growth through specialist venture funds, such as Vertex Asia Fund Pte. Ltd, Vertex China Chemicals, Vertex Technology Fund (III) Ltd. It contributes to Singapore’s role as the regional hub for startup financing and financing the regional expansion of home-grown companies. Investments focusing on software, internet and media sector include firms such as eG Innovations, GrabTaxi, muvee Technologies, or Paktor. The proliferation of sovereign venture funds comes along with Singapore’s long term strategy to establish Singapore as a startup financing and technology hub in Asia.

The idea of using a part of tax revenues for future generations has been promoted by the current government, the Bettel–Schneider ministry (a coalition between the Democratic Party (DP), the Luxembourg Socialist Workers’ Party (LSAP), and The Greens), of Luxembourg, which set up in the 2015 budget a “Wealth Fund for intergenerational generations”. The aim is thus to gather at least EUR 50 mn per year from e-commerce VAT and a residual part from excise duties and to reach EUR 1 bn. Following the example of Norway, one can observe how a country, through a sovereign wealth fund, may turn non-renewable resources, specifically its deposits of oil in diversified financial assets for future generations. In this spirit, the government intends to use to fund future sovereign Luxembourg non-recurrent revenue.

Whether the money will in effect be paid back remains uncertain, and even more uncertainty exists around how these potential windfall tax revenues will be used. How to spend it without creating new risks? Will it run automatically into the budget?

Note: This article gives the views of the authors, and not the position of the Euro Crisis in the Press blog nor of the London School of Economics and Political Science.

Julius Sen is academic director, senior programme adviser at LSE Enterprise. Julius has contributed extensively to projects that evaluate the policy and regulatory implications of commercial developments, including technological change and innovation; and on the commercial implications of policy and regulatory decisions taken by governments, regulators and international institutions.

After the Crisis: The Sharing Economy Our Saviour?

This entry was posted in Business, Ireland, Netherlands, United Kingdom and tagged apple, Ireland, luxembourg, tax, taxation, windfall tax. Bookmark the permalink.
We use cookies on this site to understand how you use our content, and to give you the best browsing experience. To accept cookies, click continue. To find out more about cookies and change your preferences, visit our Cookie Policy.