President Trump and the Politics of Tragedy

Posted on December 20, 2016 by Eurocrisis in the Press 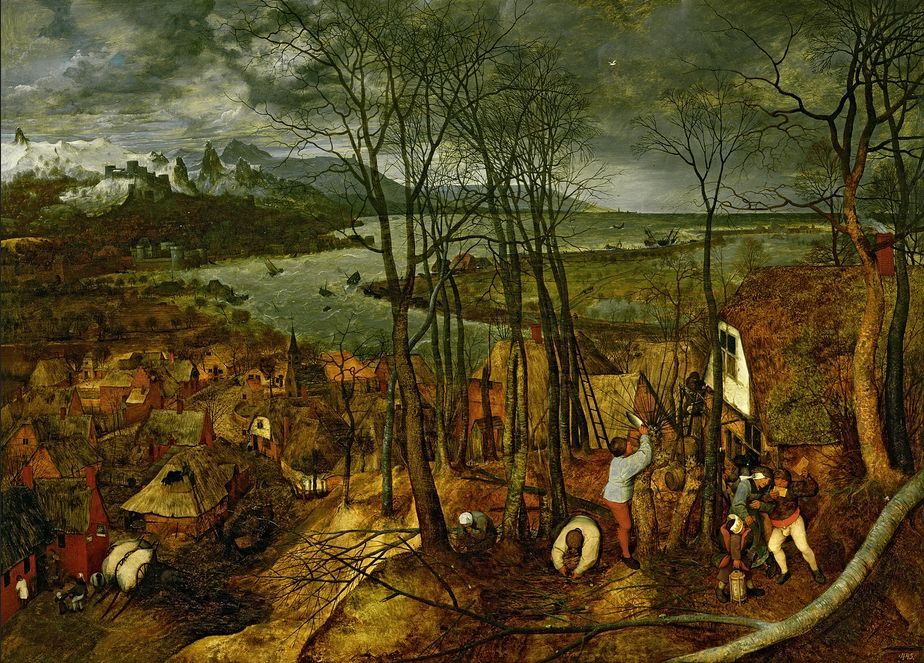 For someone who tries to think in dialectical terms, the catastrophic handling of the immigration crisis in 2015 raised more than just some concern. It appears simply impossible that this kind of blunder could have not generated some kind of equally powerful reaction, or even more accurately, it is hard to think that this will not end up in tragedy. Tragedy not in an exaggerated or metaphorical sense, but, as the classical Greeks envisaged it, as the series of events leading to the destruction of those who have overstepped the boundaries of divine laws (hybris), thus incurring in the wrath of the gods (phthonos theon or nemesis).

Only about a year later, the gods are closing in. Brexit has prevailed, the EU is in tatters, and finally Mr. Donald J. Trump has been elected President of the United States of America. Without any possible overstatement, the consequences of his ascent to the US presidency cannot be underestimated. It is a veritable game changer for global politics, an unexpected and glorious triumph for some, an unfathomable disaster for others.

In a previous piece, written a few weeks before the EU referendum in Britain, the rise of a strong Brexit movement and of Trump as a new polarizing political figure were explained as manifestations of a great pushback against a social reality which has been built, over the past few decades, on the systematic exclusion of a very large number of people in Western societies. The clearest articulation of this concept came from Hillary Clinton with her inadvertently ironic slogan “better together”: together, but minus about 63 million Americans – the “deplorables” – who eventually voted for Trump. Those excluded folks have now found new and quite effective ways not only to assert their presence and proclaim their dissent, but increasingly to indicate some kind of path forward (whatever the reader may think of that path). That piece concluded with the words

On both sides of the Atlantic fundamental intellectual and political structures are crumbling: it is not a coincidence, and it will not go away anytime soon, even if Trump or the Eurosceptics may fail in this round, but it will continue to re-emerge in many different forms, as time is ripe for a change of direction.

The year 2016, annus mirabilis or horribilis, marks the beginning of a large-scale political transformation, but this is indeed only the start. It is too early to know who Trump the President will be and what kind of policies he will pursue, particularly on the international front. However, a series of considerations are possible.

Trump appears as the nemesis, but also the real heritage left not only by the years of the Obama administration, but in general of the post 1992 period in US history (with the substantial continuity between the presidencies of Clinton, G. W. Bush, and Obama). As well as in the European Union, this period has been characterised by a constant shift to the left in political terms, particularly visible with the continuous push for the obliteration of any sense of difference and the deconstruction of any collective identity or hierarchy (civilisational, religious, national, local, relational, sexual), simply to be replaced by nothing, in the name of a “better society” which has unfortunately failed to materialise. Electorates in the Western world have been trying to react to this state of affairs, but have been unable to counter this shift as political choices were reduced to a system of pseudo-alternatives which in reality meant only the continuation of the same, until 2016 came along.

Particularly remarkable has been the rise of political figures such as Silvio Berlusconi, Nicholas Sarkozy, Angela Merkel (up until she turned from an immobilist German version of Brezhnev into the clumsy terminator of the EU), George W. Bush, who, having pocketed for years or even decades conservative votes, have done practically nothing to change the trajectory of their respective countries. Even David Cameron’s language or – for that matter – Theresa May’s public speeches appear imbued with concepts and expressions of the (far) left. This pseudo-conservatism has the role of a pseudo-opposition, masquerading a political front which is in reality unified when confronting the macro-phenomena occurring within the Western world. Inevitably, an opposition is now mounting as more and more voters are desperately looking of a way out of this political system, having by large understood that “the game is rigged”. As the only real opposition is now in what is normally labelled the “far right” (and correctly so), it should not be surprising that it is on the rise. The suppression of any meaningful pluralism in the name of radicalism is bringing about a disruptive and rather chaotic return of democracy, in the worst sense of the word. Of course, historically this may well jeopardise the functioning of democratic institutions themselves, but it is too late to avoid the backlash, as political elites, particularly in Europe and especially Germany, have crossed the Rubicon into complete insanity.

Against this background, in an era of ubiquitous racialisation of political questions in the West, vastly promoted (and perhaps understandably so) by postcolonial intellectuals in every field, Donald Trump stands as pure anathema, as he suggests the highly provocative message that his ethnos will live on, he appearing on the stage with his large family and parading an apparently “toxic masculinity”. This image is symbolically in stark opposition to a childless Angela Merkel, embodiment of the German people’s demographic apoptosis and more in general of the European implosion.

This element alone highlights the coming storm in trans-Atlantic relations, which have been for decades structured around institutions in charge of coordinating, and even training, European political figures in the name of “the values”, as Merkel herself has immediately recalled upon Trump’s election. Suddenly however the President and the top echelons of the US government no longer believe or endorse such “values”, certainly not in the interpretation of the post-Clinton years. Trump has also probably understood that there is no other future path for the Republican Party but moving towards the (far) right (in a US context), and embracing the concept of an ethnic party (as numerous liberal commentators have correctly pointed out), with all the consequent demographic-political implications. Some of his first moves and appointments in his cabinet already go in this direction, as Trump’s administration already appears as the most right-wing (by far) in US history.

Trump’s reshaping of the US ideological foundations will put everybody (individuals and societies) who has invested too heavily in a “globalised-multicultural” world and in “the values” on the losing side of the next historical tide, or the “wrong side of history”, as President Obama would put it (a sublime irony of history, which probably has numerous, constantly revolving sides). This is particularly true for Western European nations, but not so much for the rest, either in Europe, or in other parts of the world. Indeed the world at large has already turned its back to that vision some time ago, or never actually accepted it. Merkel and her ideological peers in the EU already look, quite suddenly, fairly isolated, thus exposing the rather egotistic nature of their ideological stance, while media and intellectuals continue to dig the grave of their own political irrelevance.

If Brexit can cause and is causing an unprecedented domino effect in European affairs and beyond, Trump’s presidency will be in this respect more powerful by several orders of magnitude, not only for what Trump will or will not do, but because of the new perspectives and trajectories he is opening up, in the US, in Europe and worldwide, which also concern what will happen in four, or eight years, and beyond. There is certainly no way back to the pre-Trump era, but there are also many unknowns, as numerous situations can easily degenerate beyond repair. Indeed the question here concerns the continuous polarisation of Western societies as the direct consequence of an excess of identity politics protracted for decades. In the US and elsewhere, polarisation has now reached alarming levels. It is unlikely, to say the least, that Trump’s presidency will bring about more unity; probably the exact opposite will be the case. However, every society has a breaking point. Can Western societies climb to further levels of political polarisation without resorting to large-scale political violence and civil war?

The chances of political violence are further enhanced by the above mentioned dialectical logic of tragic action-reaction dynamics. Already at the current level of polarisation dialogue becomes practically useless and/or impossible. Returning to the image of tragedy, this is probably the way by which the gods will get their revenge: political polarisation becomes geographically located, geopolitical fault lines emerge, political factions re-organise into military organisations, fault lines become war fronts. A further element of the dynamic of tragedy points to the most pessimistic scenarios: the destruction often comes as the satisfaction of a subconscious desire of self-destruction, or death-drive (Todestrieb): the tragic villains are themselves spinning the net of events which are going to ruin them in the end, as everything they touch turns against them: they are cursed. The gods will not be satisfied by some lost elections: they will mobilise unforeseen historical forces, and raise new men to get their way. That is why it is legitimate to think that Trump may be only the beginning.

Roberto Orsi is a co-investigator on the Euro Crisis in the Press project. He holds a PhD International Relations and is currently member of the Security Studies Unit at the Policy Alternatives Research Institute (東京大学政策ビジョン研究センター), and lecturer at the Graduate School of Public Policy (GraSPP – 東京大学公共政策大学院) of the University of Tokyo (Japan). His research interests focus on international political theory, history of ideas (particularly modern continental political philosophy and critical theory), political theology (Carl Schmitt). He is also interested in social science epistemology and classical philology. View all posts by Roberto or visit his personal website.

5 Responses to President Trump and the Politics of Tragedy