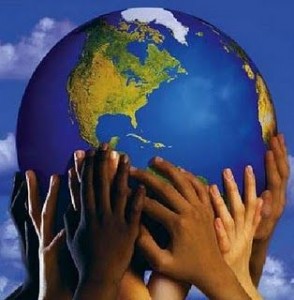 When the different stages of a production process are carried out in different countries, a form of global integration is being developed. The global integration of the production process is usually understood as economic globalisation. This internationalisation process is a result of strategies, such as specialisation, cost-cutting, innovation in manufacturing processes and marketing, outsourcing, sub-contracting, in which only the economic aspects are considered, putting aside human development.

Economic globalisation is largely dependent on the general principles of the division (specialisation) of labour. For example, think about a European printing company that, in order to reduce costs, decides to move part of its production process to Ningbo (China) and keep the rest in Europe. Therefore, the production process is divided between China and Europe. Now, additionally, assume that the company buys an international patent on design stickers—marketing innovation strategy that allows the company to achieve its main competitive advantage: product differentiation—from United States to be used in company’s products. Final assembly and sale of the finished products is carried out in Europe. Through this internationalisation strategy the European printing company can sell cheaper—delocalising part of its production to low-cost production area—its differentiated product—acquisition of international patent on design stickers—and enhance its competitiveness in Europe.

In the above example, we get a glimpse of what is usually understood as globalisation:

Globalisation creates jobs in the destination countries—usually developing countries— but at the same time is failing to create jobs—or destroy them—in the home country. Generally, the jobs created are precarious/poorly-paid jobs, and often the justification for this is: “unemployment is worse than creating precarious jobs in places where they are desperately needed”. Obviously, a firm can expand into international markets looking for specialisation and/or skilled work force rather than lower labour costs; but here, too, globalisation fails to create the specialisation/skilled work force required in the home country. Also in the case of technology transfer, the host country achieves a competitive advantage by making use of know-how, while simultaneously the home country no longer has it. Apparently, globalisation has “compensatory” effects, benefiting the host country and damaging the home country; one may say that this form of globalisation is like a medicine, there are inevitably side-effects.

But globalisation—which, in our days, is none other than a commercial, financial and labour internationalisation—leads to worse and long lasting global socio-economic imbalances than those we previously called “compensatory” effects, such as:

Developing countries are forced to set lower environmental standards to maintain competitiveness. Consequently, factories freely pollute several zones of the country. Delocalisation of polluting companies is not longer just a problem of the destination countries but also for the world—e.g. industrial pollution over China is reaching the West Coast of America. But supporters of an unregulated neoliberalism deny climate change and prioritise fracking over renewable energies.

High production rates are also a consequence of cheap labour countries/markets. However, as a result of precarious or low employment, the majority of those countries’ populations have weak purchasing power and so a portion of the goods manufactured and/or services provided are bought by a small group of domestic consumers while the rest are exported. Furthermore, this leads advanced economies to create precarious/part-time and poorly-paid jobs in their own countries. In most developed countries, labour policies aim at higher productivity combined with lower wages, others use wage insurance schemes and only a few try to imitate the Nordic Model: flexicurity—because they now face competition not just from their neighbours, but from low-wage countries.

The creation of over/under-consumption markets because a large proportion of the goods and services produced in cheap labour countries are exported to over-consumption countries, thus generating a vicious circle in which worldwide consumption is concentrated around a few markets or countries.

Mergers and acquisitions of multinational corporations are continually increasing—mainly in key sectors of the economy, such as energy, construction, communications, health and pharmaceutical, transportation. As a result, there is a global power concentrated in a few companies, lack of competitiveness and transparency, tax engineering etc. This concentration increases the danger of a global socio-economic crisis—i.e. domino effect—, and in the case of stock values it benefits large investors at the expense of small; furthermore, it increases volatility of the world’s leading stock markets as global financial systems are more prone to crashes and bubbles. 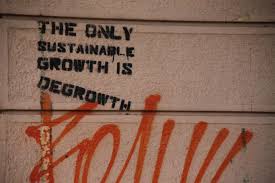 The current form of globalisation is a neoliberal economic globalisation with a pseudo-free (or ill-conceived) market structure based on huge inequalities. It prioritizes pro-business policies (profits, profitability, growth, competitiveness) over human development. It implements labour measures to reduce bargaining power of workers (workers are treated as costs, not assets). Therefore, its main objective is to increase labour productivity but paying lower wages. Paradoxically, however, the market is far from free and is in fact plagued by enormous asymmetries as multinational companies enjoy an oligopolistic power in the global market.

Neoliberal economic globalisation generates a socio-economic system aimed at continued economic growth based on the development of the private sector and concentration of wealth without any concern for social costs, such as budget cuts on key governmental functions like education, health, unemployment aid and so forth. Quite often privatisations of state-owned companies leads to cronyism (for example, revolving doors between business and politics: “politicians can award public contracts or sell state-owned companies to people/entrepreneurs/enterprises close to political power on favourable terms”), staff reduction, higher prices and lower quality of services.

This global paradigm encourages lobbyists and socio-economic environments based on political clientelism—lack of fair competition generated by favouritism of insiders (those with access to privileged information, enterprises/entrepreneurs arising from political clientelism and so forth) over outsiders (unfairly excluded economic operators/entrepreneurs/enterprises). Therefore, weak democracies or dictatorships can be useful allies—billionaires emerging in recent years from bureaucratic positions are examples of  a new class of tycoons resembling a global kleptocracy. The market efficiency of this neoliberal economic globalisation is being based on great inequalities and weakening of solidarity links. Regressive tax policies, wage reductions, delocalization, job contracts of an extremely short duration, informal jobs without social security coverage, budget cuts on key governmental functions, a new entrepreneurial precariat that are usually self-employed workers with very poor incomes, are some of the consequences of this global neoliberal paradigm.

This kind of globalisation encourages egoism and individualism—uncompromising defence of self-interest over the common good and, therefore, it is quite the reverse of a global integration based on human development, what I’d call a fully human integration within a global socio-economic system rather than a globalisation that considers individuals and countries as mere instruments of production and consumption targets. A country’s idea of development should be a balance between economic and human development and right now the idea of the Invisible Hand (Adam Smith) of the market is not working for the greater prosperity of all, but just for a privileged few.

Greater integration between emerging and advanced economies will be necessary to compensate the losers of globalisation. Direct government intervention is needed on issues such as education/research & development, loss of purchasing power/sluggish wage growth, growing inequality, working together with private firms in the creation of new and better paying jobs and easing the transition of workers from traditional to new industries through the appropriate training (genuine employment policies). Governments should not allow unfair business practices of multinational companies for fear of them moving to a more investment-friendly environment. If the vast majority of the country’s population does not share in the benefits of globalisation, import barriers and exacerbated nationalism will soon kick in (United States and Europe are good examples of this trend).

A fairer vision of globalisation should reduce inequalities and achieve sustainable economies. For example, fair trade —but there are pros, such as searching for an ethical solution to an unfair trade system, and cons, mainly because only a small amount of money is transferred to the countries of origin. Therefore, there is not much difference between products certified as fair trade and the unlabeled alternative. Also, anti-sweatshop movements regulations which enhance workers’ rights, as well as ensuring that employers stop treating workers as production resources/tools to be exploited.

It is necessary to reduce the socio-economic gap between developing and developed countries, as well as among social classes within the countries. In many developed countries, precarious jobs, high unemployment rates and greater tax burden on households/SMEs are squeezing their purchasing power. This situation together with drastic spending cuts in core government functions is leading to an impoverishment of the middle classes (gain, the U.S. and the vast majority of European countries can be a case in point). Therefore, to achieve a sustainable global economic system, we have to reform the existing global socio-economic system towards equalising upwards (welfare) opportunities. That runs counter to the current global consensus: an intended single model of equalising downwards (welfare) opportunities, which is generating a vicious circle of economic activity based on exports, precarious jobs, social inequalities and poverty. While this global consensus remains predominant, global socio-economic inequalities will be exacerbated perpetuating a type of globalisation that runs contrary to true human development.

Lucas Juan Manuel Alonso Alonso is a Global Economist, with an Executive MBA in Innovation & Management, and an International Commerce Degree.

This entry was posted in Business, Europe and tagged China, Economic cycles, economic development, flexicurity, globalisation, growth, human capital, Neoliberalism, unemployment, USA. Bookmark the permalink.
We use cookies on this site to understand how you use our content, and to give you the best browsing experience. To accept cookies, click continue. To find out more about cookies and change your preferences, visit our Cookie Policy.