A View on Brexit from Abroad

Posted on December 9, 2016 by Eurocrisis in the Press 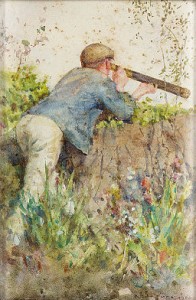 Promises of an extra £350m a week, posted on the side of a bus. Doomsday economic predictions from the Remain campaign; the reply, “We’ve had enough of experts!”. Jo Cox MP shot dead in the street, the same day that Nigel Farage unveils an anti-immigration poster which echoes propaganda images from 1930s Nazi Germany. The UK votes to Leave, and the pound collapses. Scotland votes differently, and claims new justification for independence. “What is the European Union?” the second most googled question on the day of the result. A marked increase in hate crimes reported. Boris Johnson calls for a new Royal Yacht. “Hard Brexit” and “Soft Brexit” new terms in public discourse. A country divided. Immigration at the heart of political debate in the UK. Our international reputation damaged, perhaps beyond repair.

These are my impressions of Brexit from abroad. When I left the UK in March this year, and arrived in Nepal, the idea that Britain would vote to leave the European Union was worrying but did not seem realistic. I am troubled by what has happened since, and I’m worried about the UK’s future. In the days after the referendum result several Nepali friends asked me in genuine perplexity as to why so many British people had voted to leave the EU. In particular, one friend asked why were people in the UK so scared of foreigners? Why had immigration dominated the referendum campaign debates, when there were so many wider implications of this decision that affected the UK’s future relationship with its neighbours, and the rest of the world?

One immediate consequence of the vote is that everything I spend money on here is 20% more expensive than it was in early June. As the UK imports significantly more than it sells abroad, similar increases in the prices at home will be hard to avoid, and are already happening. A much less tangible consequence is that because I still struggle to understand why these events have turned out in the way they did, I feel a great disassociation with my home country. Certain aspects of my idea of ‘home’ have been fundamentally undermined by events that have taken place over the last six months, and that the very concept of ‘home’ is now characterised by uncertainty.

Stories of a marked increase in race hate crimes across the UK are particularly upsetting, as are front page attacks on the country’s most senior judges for their ruling on a matter of constitutional process. When you read last month’s judgement, their opinion is clear: because EU legislation has been incorporated into UK domestic law, and invoking Article 50 will inevitably lead to the loss of certain rights by UK citizens, only a full Act of Parliament – not the archaic Royal Prerogative – can trigger that change. And yet, Nigel Farage threatened to organise a protest march on 5th December in an attempt to force the Supreme Court to overturn this decision, only to cancel this at the last minute due to concerns that this march would be hijacked by far right groups such as the English Defence League. Is this really the same country I remember as home?

Nepal offers some important lessons in terms of tolerance, particularly in terms of religion. Hinduism and Buddhism live side-by-side in the Kathmandu valley, and these two religions have developed together over many centuries in a relatively closed environment. A visible example of this is at one of the most important religious sites in Kathmandu, Swayambhunath, where one of the world’s most important Buddhist stupas stands directly next to a Hindu temple, both together at the top of a hill. Such traditions are inspiring, especially when politics in the West has become so divisive.  Nepal is, of course, a poor country and still suffering the consequences of last year’s earthquake and economic blockade on its Indian border. The country is also much too familiar with political instability, having had six Prime Ministers in the last five years. As Theresa May’s mismanagement of Brexit goes on, and the chances of a general election next year seem to increase, helped by the Lib Dems’ recent victory over Zac Goldsmith in Richmond Park, the UK appears set on a similarly chaotic political trajectory.

Before coming to Nepal, I worked in Nigeria and South Sudan, and have witnessed first-hand the consequences of political instability. I considered the UK, by contrast, to be relatively stable, though I acknowledge now that perhaps that was much too optimistic. One aspect of what has happened this year that worries me greatly is that rather than the referendum result being a decisive turning point in the UK’s history, what it really does is to further expose deep-seated problems that our politicians have consistently failed to address over many years. Sharp increases in hate crimes reported since the Brexit vote suggest underlying xenophobia and racism in the country, while extreme and long-unaddressed inequalities in wealth and opportunity are at least in part responsible for the decision to leave the EU.

One of the primary goals of British government is a responsible leadership of the economy. Instead, Theresa May’s government charges towards a ‘Hard Brexit’ cliff, apparently determined to take the UK out of the European Single Market and Customs Union. This seems intended to assuage fears among her supporters about whether Europeans should be allowed to work in the UK, even though identical rights allow British citizens to live and work in e.g. France or Spain. The UK’s economic future hangs in the balance while we wait to see what happens on this key decision. 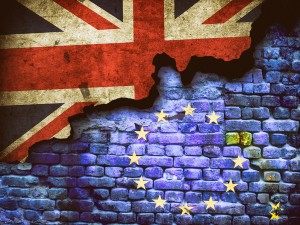 Claims that we will be better off securing new trade deals with other parts of the world seem highly spurious, not least because of their impact on how our international aid budget now appears to be used increasingly as a tool for economic negotiations with the developing world. Further contradictions inherent in Theresa May’s apparent approach were illustrated on a recent trip to India: her push for a new trade deal is heavily undermined by the visa restrictions that she herself authorised as Home Secretary from 2010.

Similar restrictions have a direct impact on Nepali people who seek to study abroad. Previously, Britain was one of the most popular destinations for students but as it has become increasingly difficult to obtain a visa, and rights to work in the UK after completing study have been curtailed, the UK has been quickly overtaken by the US, Canada, and Australia as the most preferred countries to study in. Difficulties in getting a visa affect the old, as well as the young, as shown in a recent conversation with someone here who was delighted to have got a visa to visit his son in Florida. This was his third attempt at getting his visa, going back to 2008, and he had been refused twice before on the grounds that he was a ‘migrant’ and considered likely to want to stay in the US indefinitely, even though he runs a construction business and has property here in Nepal, not to mention family commitments, which would have always required him to return home. The direct, personal impact of the refusal to grant him a visa before is clear: he had not been able to meet his two grandchildren, aged 5 and 3. I find the lack of humanity in decisions such as this that stop an old man from meeting his grandchildren to be deeply shocking, and examples of this will only become more common under Theresa May’s government, and with the election of Donald Trump.

It will be strange to return to the UK next year, and I hope that my fears of a country changed, and divided, have been exaggerated by distance, and the way I access UK news over the internet. One particular moment I remember from the referendum campaign was looking on Facebook, where the great majority of my friends were posting in favour of Remain, a friend made the sensible point that these posts were only being read by people with a similar outlook and so would do nothing to change the views of people thinking of voting to Leave. It was perhaps that polarisation of views that has made the Brexit result so much of a surprise, and so difficult to stomach.

It would be easy for me to stay living abroad, and for many people I’ve spoken to since I’ve been here, the atmosphere around Brexit makes the UK seem a very unattractive place to be. But in the months that have passed since the result, these events make me more determined to return to the UK to make a positive contribution. Part of this intention includes support for the Migration Museum Project, which aims to create the UK’s first dedicated Migration Museum and to tell the story of movement into and out of the UK in a fresh and engaging way. Their exhibition Call me by my name: stories from Calais and beyond took place in June, and explored the complexity and human stories behind the current migration crisis, with a particular focus on the Calais camp. It is an excellent project, and one that could not be more timely.

Henry Freeman has worked in international development for the last ten years since completing the MSc in International Relations at LSE in 2006. He is passionate about the need for more nuanced debate about migration, and has been involved with the Migration Museum Project since November 2015. Currently based in Nepal, Henry is moving back to London in January and is looking forward to engaging more closely with political issues in the UK relating to Brexit, migration, and integration.

Will The Real Project Fear Please Stand Up?

3 Responses to A View on Brexit from Abroad