The Gaps of Nations & The Rise of Far-Right Populism

By Marion Laboure and Juergen Braunstein

The Brexit vote and more recently the US presidential election suggest a noticeable rise of populism. Marion Laboure and Juergen Braunstein argue that this trend is not new. For example, Austrian Chancelor Schuessel’s invitation to the far-right freedom party to form a government in 1999/2000 caused upheaval in Europe, and beyond. Shortly after, during the French presidential elections in 2002, the far-right candidate Le Pen managed to gain enough votes to make it to the second round.

The rise of populism in 2016 has several potential explanations. Some commentators explain the US presidential election outcome as well as the Brexit vote as a form of protest with socio-economic origins. The tectonic plates upon which the socio-economic order of OECD countries rests have started to shift: opening new gaps while closing existing ones, and necessarily producing political change in the process. The 2008 Financial Crisis is only one aspect of these developments. 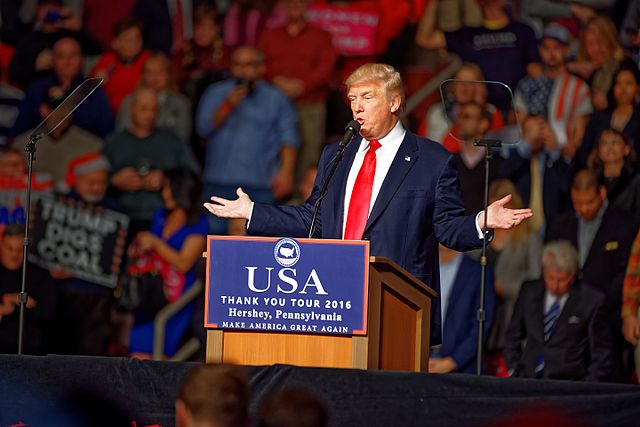 It is commonplace to assert that many citizens feel a loss of “control over their destiny”. Phrases along these lines are often found in popular media, and point to several fundamental dynamics and global shifts that play out along different social dimensions, including age, geography and education. Concrete observable implications of these shifts include, for instance, increasing inequality within countries and rising job insecurity. Giddens’ (1990) observation in The Consequences of Modernity, that as socio-economic systems become more complex they leave people with an increased sense of disempowerment, seems more pertinent than ever.

Globalisation – the “process by which businesses or other organizations develop international influence or start operating on an international scale” per the Oxford dictionary – has helped to close the economic gap between nations. Globalization makes competition global and has certainly benefited developing countries. This equalisation among nations took place via several mechanisms, notably production. It is much less expensive for a company to produce where workforce is cheap and resell manufactured products where purchasing power is high. Throughout the 1990s, the cumulated GDP of emerging countries represented barely a third of the cumulated GDP of the G7 countries. By 2016, this gap had virtually disappeared – reflecting the predictions of classical trade theory. Over the years, the gap tended to decline worldwide but to widen inside a country – a trend noted by Piketty in his best-selling book ‘Capital in the Twenty First Century’.

However, it is a mistake to believe that this is a zero-sum game, where more equality among nations is achieved at the cost of more inequality within nations. The implication of such assumptions would be dangerous, implying the rise of protectionism and trade war as a means of adjustment.

The first-dimension along which these tectonic shifts can be observed concerns age. The “Millennials” (younger generation) travel, study, work abroad and sometimes even emigrate. For example, between 2013 and 2014, 272,497 Europeans benefited from the Erasmus scheme – the EU’s flagship student exchange programme – and the number of students has been growing steadily from year to year. Thus, per online polls conducted by YouGov after the Brexit, 71% of the population aged 18-24 voted to keep the United Kingdom in the European Union, a figure that decreases rapidly with rising age. By comparison, only 36% of the population aged over 65 voted for the United Kingdom to stay. Knowing that the British population includes a significant proportion of seniors (18% are aged 65 or over, according to the ONS) and given a low participation rate of 72%, the “Leave” campaign relied on the support of a narrow demographic that represented only 36% of voters.

Throughout the 1980s and 1990s, young and senior citizens voted largely in a similar manner, with a majority supporting the winner in every presidential election, per a study led by the New York Times on US presidential elections. However, from 2004 older voters began gravitating towards the right, while the young vote gravitated to the left, and this phenomena is not only observable in the United States, but is also present across other countries.

“Millennials” also shares common views on many issues they deem important, potentially making generation a more important marker of commonality than nationality. One may reasonably expect, for example, that young generations generally favour gay marriage, are significantly less religious, hold more positive attitudes toward immigrants, are less hostile to reductions in social security, more optimistic about the future of their country and more open to changes.

The second cleavage concerns education. There is a noticeable divide between highly educated people with one and more degree(s) and poorly educated people. For example, the recent Austrian presidential elections displayed a strong relationship between political parties and educational status of voters. The populist Norbert Hofer gathered 86% of the workers’ votes. The SORA survey describes the profile of these Austrian voters as being rather pessimistic about their quality of life and their personal situation. Conversely, Green Party candidate Alexander Van der Bellen (a professor of economics) received 73% of the Matura holders (equivalent to the A-level) and 81% of the graduates’ superior. Similarly, people of lower social-economic status would have overwhelmingly voted in favour of leaving the UK, with only 35% backing the UK to stay in the EU, per an online YouGov survey. Conversely, 53% of those having a higher educational attainment were in favour of maintaining European Union membership.

The third gap concerns urban and rural citizens. We observe a widening gap between rural and urban citizen with a trend of people (and jobs) moving from rural areas to cities. The difference is not only in place, but also in their way of life. While rural populations have minimal tolerance towards outsiders, city dwellers are often viewed as living mostly in a distant world. Yet voting data in the United States suggested that it is not people who make cities liberal, but in contrast that cities make people liberal.

Since the 2008 election of Obama, the trend of US urban counties voting for Democrats and rural counties voting for Republicans has increased. Most American counties with a population over 500,000 have tended to vote for the left-wing. In Los Angeles, for example, 72% of Americans voted for Hillary Clinton this year, against 69% for Obama in 2008 and 2012, and 63% for John F. Kerry in 2004.

Urban populations also seem to be, on average, more satisfied with the European Union than rural citizens; if we take the vote for populist and extremist political candidates as a measure of citizens’ dissatisfaction. This is in any case what emerges from the Brexit vote, where 75.3% of the voters living in London voted in favour of maintaining the United Kingdom in the European Union.

But for all the allure of cities, high costs of living make them prohibitive for many who may otherwise want to leave the countryside. Not everyone can afford to move to London or New York, for instance, to seek better job opportunities, so the division is also economic, in some instances.

These gaps cannot always be clearly demarcated, but they do reflect on-going trends and, in our view, trends that will be exacerbated in the coming years. The age gap is widening. With aging populations, the division between “Millennials” and “Baby boomers”, between haves and have-nots will be widening. “Millennials” who are in work contribute substantially to fund “Baby boomers” pensions. Due to demographic pressure and the deterioration of public finance, there is a high risk that the level of pension will decrease over the years, and particularly when “Millennials” will start drawing their pensions, creating an “unfair” situation. Also, the educational and professional gap will continue to expand. This combined with trends towards greater automation will weight on unemployment. Finally, the rural-urban gap is broadening, with more and more people moving to cities.

And while it is difficult to identify which of these gaps is most salient to explain populism, it seems clear that there is at least some interaction between these cleavages. For example, educational and inequality might be compounded by automation; thus aggravating inequality. Without policies that address these widening cleavages, these divisions will get worse.

This entry was posted in Uncategorized and tagged far-right, populism, social divisions. Bookmark the permalink.