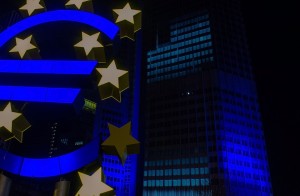 The establishment of the European Economic and Monetary Union (EMU) has represented one of the most important steps in the process of European integration. In an article published in Politics & Policy, I have argued that the EMU has not simply been the product of historical legacies, the rational choices of actors, or social construction of new economic ideas and preferences. It has also been the product of a self-fulfilling prophecy that has facilitated and accelerated the process of institutional transformation.

As a sequential chain of several rational imitation mechanisms (see Hedström and Bearman 2009), the self-fulfilling prophecy occurs when an initial belief—whether false or true—culminates in a behaviour that sooner or later makes the initial belief become a reality. Robert K. Merton’s (1968)1 famous example was based on the insolvency of a bank caused by false rumours about its bankruptcy. These rumours led the depositors to withdraw their money and to close their bank accounts, ultimately leading to a run on the bank and causing the bank to really go bankrupt.

As correctly argued by R. Perissich (2008), in L’Unione Europea. Una Storia Non Ufficiale (also personal interview), the European microcosmos of Brussels, with its internal logics, institutional set-ups, social, as well as power relations, is key to understand the establishment of the single market and of the Euro afterwards.

As in the case of the financial crisis of 1929, the source of Merton’s inspiration, and of Roosevelt’s New Deal, the 2008-2009 global financial crisis has opened up a new window of opportunity for the creation of the European Banking Union (EBU), for new forms of financial regulations (the Single Supervisory Mechanism and the Single Resolution Mechanism) and insurance against panic (the European Deposit Insurance Scheme).

The EBU represents, in this context, the continuation of a self-fulfilling prophecy, which finds its basis on the belief that a catastrophe for national economies and the subsequent collapse of the overall Eurozone is imminent, but this providing, only to some extent, sufficient free market-enhancing mechanisms to respond to the increasing challenges.

Context-bounded rationality is concerned with the formation of specific ‘market-making’ preferences developed on the basis of existing institutional structures. These ‘market-making’ preferences have their key characteristic in the superiority of, mostly, one-size-fits-all fiscal policies and regulatory mechanisms. The establishment of the EBU has not taken place in an institutional vacuum of unclear ideas, processes, and procedures. It has been fully embedded in the institutional structures, organizational and social relations that have permeated further stages of EU integration. During the 1960s, the dominant institutional and ideological consensus that led, years later, to the establishment of the EMU was found in the monetarist paradigm, which represented the new driving force for further integration. With the establishment of the EBU in late 2000s, the European Commission and Member State officials have celebrated a switch from the compromise of “embedded liberalism”, keystone of the EU monetarist paradigm (Ruggie 1983; McNamara 1998, p. 55),2 to the compromise of “embedded regulation”. Whilst the first paradigm coupled free trade and regulations to reduce unemployment, the latter couples free trade and regulations to reduce panic and contagion in financial speculation. In the 2017 Address Speech on the State of the Union, the President of the European Commission Jean-Claude Juncker stated, for example, “We set out to complete an Energy Union, a Security Union, a Capital Markets Union, a Banking Union and a Digital Single Market. Together, we have already come a long way”. For Juncker, this new approach to banking regulation should not only provide the basis for a new equity culture, but also for the protection of depositors. It should, in brief, deepen and widen European integration through new regulatory mechanisms.

Embodied institutions implies, in contrast, the internalization of EU market principles in the new regulatory framework of the EBU. These are expressed by the single rulebook, which, through the Single Supervisory Mechanism and the Single Resolution Mechanism, aims at preserving an unstable status quo. The current situation of the Eurozone continues to be characterized by always larger divides between European countries, which necessarily require a differentiated set of monetary policies and lending options more sensitive to cultural economic issues. These are necessary to overcome the variegated impacts of the crisis. The new EU compromise on “embedded regulation” represents, in this context, a reversal of old policy prescriptions and adapted to the challenges emerging from the 2008-2011 financial crises. In a Speech given at the Ernst & Young Business School in Milan in 2010, Lorenzo Bini Smaghi, Member of the Executive Board of the ECB, expressed the need for a new ‘regulatory community’, which was seen as necessary “to ensure the resilience of the financial system as a whole, while also supporting economic growth over the longer term”. This was, first, described as a paradigm shift in the EU regulatory framework (see Bini Smaghi’s speech in Kyoto). In reality, it was the logical consequence of French President Nicolas Sarkozy’s call for better regulation and protection3 against the dangers of what Susan Strange described as “Casino Capitalism”.

Reflexivity involves, in this case, the self-legitimizing visual representation of ‘the single market’ as an unilateral, self-enforcing and self-regulating entity, whose driving unifying principles need to be maintained through macro-level incremental adjustments. So far, this has, only to a limited extent, considered real meso and micro level repercussions. In a lunch remark at the SIEPR Economic Summit at Stanford University in March 2010, Jean-Claude Trichet, then President of the ECB, discussed the issue of risk and monetary policy in the context of systemic banking risk managament. He argued: “the European Systemic Risk Board (ESRB), which will be hosted by the ECB, will assume a novel role in crisis prevention at the level of the 27 economies of the European Union as a whole. The ESRB will have the aim of identifying emerging systemic risk, and, if necessary, publishing early warnings as well as making recommendations to the competent authorities”. The establishment of the European Systemic Risk Board (ESRB) is the result of a reflexive, self-legitimizing and self-reinforcing visual representation of the post-2008 single market in need of further regulation. These considerations have also been re-affirmed in a subsequent Opening statement at the Commission Conference in Brussels (March 19, 2010), where Trichet stated “as regards bank resolution, a priority is to pursue an enhanced and more coherent framework for the action of supervisory and resolution authorities. To avoid moral hazard, authorities should be ready to intervene with appropriate actions to contain the possible impact on financial stability and, where appropriate, ensure an orderly winding-up of the affected financial institution”. The key point here is: the single market must save himself/herself from within.

Finally, double contingency regards the attitudes of EU actors to pre-empt other actors’ moves, with the most appropriate economic and political behavior. In 2008, saving the banks was not only seen as a necessary precondition to rescue national economies from an imminent catastrophe, but also an urgent requirement to keep the guiding principles of the EMU alive. Banks that were supposed to be too big too fail turned out not to be. In order to avoid this, the European Commission and the European Central Bank started to introduce a set of additional adjustments to the initial regulatory mechanisms (the European Insurance Deposit Scheme). The establishment of the EBU should, at this point, be finally able to find a happy solution to the following double contingency (and reflexive) events: (i) strenghten the role of central banking in the management of the global financial crisis;4 (ii) prevent asset price bubbles;5 (iii) improve the governance of financial stability in the euro area through “comply-or-explain”;6 (iv) reduce contagion and the European debt crisis;7 (v) control inflation-linked bonds;8 (vi) reduce financial dominance, improve monetary policy transmission and steer the financial cycle;9 (vii) foster growth and social integration;10 (viii) reintegrate the banking sector into society: earning and re-establishing trust;11 (ix) ensure price stability;12 and (x) improve the management capabilities of pension funds.13

In spite of good intentions, some doubts about the future performance of the EBU and the impact of the two supervisory mechanisms remain. The real effectiveness of the European Deposit Insurance Scheme is also to be tested over the long-run.

There are three good reasons for this.

First, as argued by P. Hall in Anatomy of the Eurocrisis, Northern European economies are configured for export-led growth, whilst Southern European economies for ‘demand-led growth’. The EBU, the two supervisory mechanisms and the deposit insurance fund are still ill-designed to significantly alter the structure of export-demand led growth economies. A differentiated system of interest rates and lending options is needed. Financing small and medium size enterprises in Southern Europe or France requires different banking agreements than financing large industrial conglomerates as in Northern Europe as in Germany.

Second, as discussed by C. Woll in State Capacity in Financial Times , there is a recurrent problem of state capacity in current financial times, where banks can forecast the future costs associated with trials and fines and put them in their operative budget. The EBU and the two supervisory mechanisms are, in this case, not fully capable of resolving the issue of state capacity. Additional financial regulation and trials do not per se resolve the issue of free-riding. They only, temporarily, cushion excessive aggressive attitudes. A restructuring of business relations towards less destructive behaviors is necessary. The establishment of the European Deposit Insurance Scheme in 2015 will only play a cushioning role if not adequately funded in the medium and long-term.

Third, as noted by N. Roubini in the Liquidity Time Bomb, European economies are currently facing a market illiquidity time-bomb caused by massive macro financial liquidity injections that are not resulting in sufficient market liquidity. The EBU, the two supervisory mechanisms and the insurance deposit fund can represent insufficient instruments to control for financial speculations, as, for example, the performance of equity markets and of high-frequency traders remain confined in the final hours of the day. A fast-track response mechanism to avoid excessive speculative imbalances is also required.

Paraphrasing Giuseppe Tomasi di Lampedusa in ‘Il Gattopardo’, in 2008, as the financial crisis turned into a debt crisis, everything needed to change, so everything could stay the same. The most recent amendments to the European Banking Union aim to provide a solution to this old European dilemma, but some attention is still required for further stages of EU integration. Adjustments from high-technological export-led growth and low demand-led supply-side must be ensured. The system of fixed exchange-rates should also be coupled with more country’s sensitive export programs.

10Speech by Sabine Lautenschläger, Member of the Executive Board of the ECB and Vice-Chair of the Supervisory Board of the Single Supervisory Mechanism, 16 March 2015. URL: https://www.ecb.europa.eu/press/key/date/2015/html/sp150316_1.en.html

11Speech by Sabine Lautenschläger, Member of the Executive Board of the ECB and Vice-Chair of the Supervisory Board of the Single Supervisory Mechanism, 28 September 2015. URL: https://www.ecb.europa.eu/press/key/date/2015/html/sp150928.en.html

13Opening speech by Peter Praet, Member of the Executive Board of the ECB, 15 May especially private pension funds and assets management 2017. URL: https://www.ecb.europa.eu/press/key/date/2017/html/ecb.sp170515.en.html

Alfio Cerami has held appointments at European and non-European universities, and was an international consultant for Unicef. He is the author of  Post-Communist Welfare Pathways: Theorizing Social Policy Transformations in Central and Eastern Europe (together with P. Vanhuysse);  Migration and Welfare in the New Europe. Social Protection and the Challenges of Integration (together with E. Carmel and T. Papadopoulos), and Permanent Emergency Welfare Regimes in Sub-Saharan Africa: The Exclusive Origins of Dictatorship and Democracy.

3 Responses to European Banking Union as a Self-Fulfilling Prophecy