Posted on January 9, 2018 by Eurocrisis in the Press 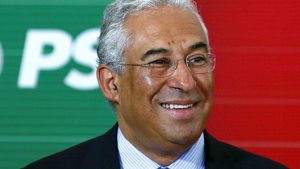 In the present post, Lucas Juan Manuel Alonso Alonso analyses some of the more important points contained in the OECD’s 2017 Economic Survey of Portugal. It offers an analysis of the socio-economic position of Portugal once the austerity measures are abandoned, highlighting notable improvement in social and salary, employment/unemployment and fiscal deficit, actions to improve adequate capitalization of banks, and NPLs (Non-Performing Loans) comparative with the situation of other Member States.

In 2016, according to the OECD Economic Survey, Portugal’s labour costs account for 19% of the costs of Portuguese companies, and according to EUROSTAT the average hourly labour cost in Portugal is € 13.7 an hour, while EU average labour costs vary from €50.2 an hour in Norway to € 4.4 an hour in Bulgaria. According to OECD the unit labour costs per hour worked/per employed in Portugal were 2.08% and 2.18%, respectively, higher than in 2015. But, Portugal’s unit labour cost relative to the euro area declined by 1.5% between 2012 and 2015, signalling an improving in the economy’s external competitiveness. According to OECD the labour compensation per hour worked in Portugal was up 2.59% over the previous year 2015. In 2016, of the total of 23 EU countries accounted for in the OECD’s figures, only Greece

has an hourly labour compensation lower than the index (2010=100). Clearly, from a social point of view, between the periods 2015-2016, the relationship among both hours worked and employment quality are better balanced.

According to the OECD Economic Survey, the administrative extensions of collective bargaining agreements to firms not involved in the bargaining process, have lead to increased separation rates while hiring rates have been reduced. This is clearly not a positive development, but I believe that labour rights must be respected and competitiveness cannot systematically use wage reductions, it must be based on innovation and differentiation of product/service. Portugal’s National Reform program contains significant social measures, such as reduce the number of school dropouts and of NEETs (those not in education, employment or training) and adult education and training.

The Portuguese government reported a €3.7 billion budget deficit in 2016, equivalent to 2.1% of the GDP—it’s falling from a high peak of 11.2% of GDP in 2010—, the lowest in 40 years. For 2017, the government expects the deficit to fall further to 1.6 % of the GDP. The narrowing is mainly due to higher social security receipts—maintaining the 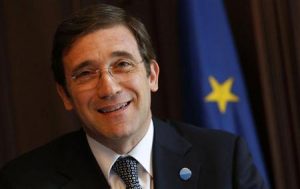 social security rate constant at 34.75% (11% for employees and 23.75% for companies)—and lower capital outlays. It is important to note that in 2012, the Prime Minister Passos Coelho proposed to cut employers’ social-security contributions by 5.75 points, reducing this rate to 18%, while increasing employees’ social-security from 11% to 18%. This austerity measure was not carried out because it was considered totally unfair (The Economist: Portugal’s austerity measures).

In 2016, according to OECD the GDP per capita at current price and PPP (Purchasing Power Parity) in Portugal is an estimated value of $30,662.3, increasing by 16% from 2012 to 2016. The GDP measured in million US$ at current price and PPP is an estimated value of 316,603.1, experiencing an average annual growth rate of 3.29% between 2012 and 2016, up 2.5% year-on-year in the third quarter of 2017. At present, as mention in the OECD Economic Survey, Portugal’s exports have increased significantly, 40% of GDP, up from 27% in 2005, and its emissions of greenhouse gases (GHG) per unit of GDP are well below the OECD average. Therefore, Portugal’s economy is growing at a healthy rate and combined with expanding exports.

Portugal’s unit labour costs performance related to the euro area have declined by 1.5% between 2012 and 2015, improving the country’s external competitiveness. At the same time, both unit labour costs per hour worked and per employed have increased by 2.08% and 2.18% respectively, over the previous year 2015. Labour compensation per hour worked has increased by 2.59% from 2015 to 2016, which means that both hours and employment quality are better balanced from a social point of view, and that living standards are rising. There is not a solid base to claim that Portugal is less competitive in terms of wages, labour productivity, hours worked, and labour cost than other EU countries with similar socio-economic characteristics.

Lucas Juan Manuel Alonso Alonso is a Global Economist, with an Executive MBA in Innovation & Management, and an International Commerce Degree. He is a writer/contributor to several international media, educational and research activities, think-tanks, and international associations. Within the field of international market analysis, and in order to evaluate investments, he developed econometric models and he wrote research papers about capital real options, ARCH & GARCH processes and Brownian motion.He is currently carrying out research and publishing articles on, among others, global economy, countries’ structural and socio-economic conditions, emerging and advanced economies, GDP and progress, wealth distribution, public debt, aggregate demand, macroeconomic performance, triggers to internationalization. He tweets at @globalonsolucas