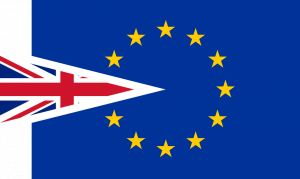 Putting a cap on EU immigration was all that mattered for many. But now, what about Belfast and Dublin? No need for a border, they say. Soft Brexit will do, it’s the only sensible way. As long as those speaking in tongues stay out, anything else is peripheral and can go on as it is.

Nothing new. A conspicuous minority of Brits did have previous bouts of strong irritation towards newcomers. The Jamaicans in Brixton in the late ’40s and ’50s; the Italians of Wales, Glasgow and Bedford; and that’s before mentioning the Irish.

That was a long time ago, and now many sense it’s just got a whole lot worse. Who will ever forget the day Labour MP Jo Cox was assassinated by a man who could not stand foreigners? Egged on by a web mob and, much worse, an atrocious sense of superiority, self-importance and moral impunity. It was shocking. Campaigning to remain in the EU, as Cox was doing, led the murderer to believe he should do his bit to dam the hordes of barbarians. The same attitude has paved the way to a number of gratuitous assaults of a similar nature.

So, is there a very negative atmosphere lingering in Britain? And how’s the country seen from outside? European media are depicting it as having too many neglected areas, all bearing grudges against incomers, especially those from struggling parts of Europe.

It’s a whole new scene; and it all goes way, way back. This is an ongoing multi-faceted drama which began elsewhere and initially affected Britain via the run on Northern Rock. For the record, Italy is worth comparing: different latitude, but similar in size and also knuckling under a heavy north-south economic divide, the peninsula has a problem not only with banks but crucially foreigners as well – only their geography of origin differs and the EU is sneered at, by some, for different reasons.

Therefore, nothing to do with the national health service, the European Court of Justice, rebates or the Schengen treaty. These nations resemble one another up to a point: the same globalisation can mean very dissimilar things to neighbouring yet distinct peoples.

Today, what’s really troubling for EU migrants residing in the UK is the growing evidence that the real reason behind Britain quitting the EU originates from one source. Very recently, the Independent‘s columnist Sean O’Grady put it in the clearest way possible: “I never understood … why someone from Bulgaria has more of a right to work in the UK than someone from Bangladesh, or why all Austrians rank ahead of all Australians. Brexit … does mean an opportunity to bring in an immigration policy that is fairer and which commands public support.”

Europe as a cohesive block – like a new, safer house with larger rooms – is dismissed out of hand. O’Grady’s sentiment is far-reaching and very much shared beyond the Leave camp too. It should be respected, of course, but also make ‘pro-free movement, no-soft-Brexit’ Remainers think a lot harder.

Dissociation from fellow Europeans has reached articulate highs; and, if you put yourself in the left-behinds’ shoes, you can spot a degree of reasonableness to this. Their anger at the lack of opportunities is genuine; but perhaps misdirected. Successive White Hall governments dismantled crucial industries over various decades, not Brussels. But pain and societal polarisation are both all too real.

Is it time, then, for hundreds of thousands of Europeans residing in the UK – clearly, not all – to start drafting an alternative plan of action and imagine an easier life outside the UK, as a permanent choice? Things are different today, and March 2019 isn’t far off at all. “The vote to leave can’t just be wished away as if it never happened. Those who want to overturn it need a more grassroots, populist strategy,” said the political analyst Owen Jones. A strategy that is alarmingly nowhere to be seen as yet.

Similarly, those who are not convinced by Theresa May’s 8 December deal with the EU Commission on respective citizens’ rights – and many aren’t – had better get packing. Luckily, the union of countries out there still has plenty on offer, for young and old Europeans alike.

In fact, if successful, the reversing of Brexit ought to keep its momentum going and make sure 10 Downing Street places the EU platter of opportunities within everyone’s reach. Education for all is key. However, the recent appointment of the extremely classist Toby Young as head of a new university watchdog doesn’t bode well. Who’d ever thought that one day roving EU citizens would unwittingly open Britain’s Pandora’s box?

Brexit as a Strategic Shift

A View on Brexit from Abroad