Posted on February 28, 2018 by Eurocrisis in the Press 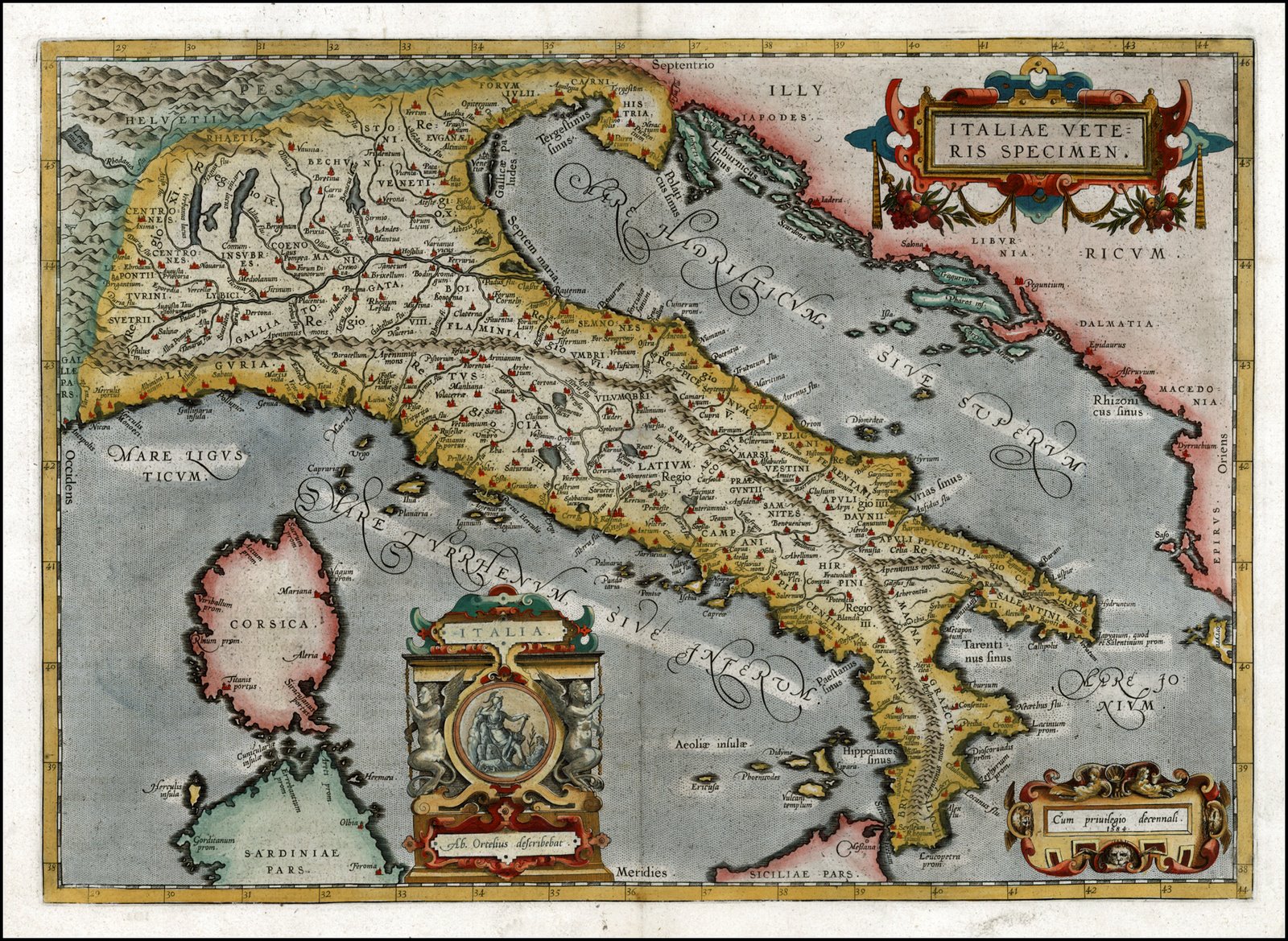 Next Sunday (4 March) Italian citizens will elect a new Parliament, after a complete five-year cycle. Much has changed since the last vote on 24-25 February 2013.

It will be argued here that this election is probably the first one in a very long time to address the fundamental reference framework of Italy’s trajectory as a political community, after at least 25 years of political-economic autopilot within the concentric rings of the Euro-Atlantic alliance, the European Union, and the Eurozone. Now the time has come when the position and role of the country within these structures as well as their very nature and purpose, while rarely challenged in toto, is however being more thoroughly questioned. This should not come as a surprise given the severity of the economic crisis of the country in the 2011-2014 period, which is continuing nevertheless in many ways despite the current mild recovery, coupled with a widespread sense that Italy as a political entity finds itself in an appalling spiral of decline.

Unfortunately there are only few instances of clear debate arising from the rather uninteresting noise of electoral squabbling, but some fundamental topics have emerged over the course of the recent past, shaping the orientation of all major political parties.

First is the question of national identity, immigration, and the demographic crisis. This is a strategic issue which, directly or indirectly, is recognised by all political forces as the most substantive one for the future of the national community, as it should be. Italy has seen an unprecedented surge in the numbers of asylum seekers and refugees. While initially driven by a rather short-sighted commitment to “welcoming all” backed by the claim of some kind of absolute, undisputable ethical imperative, the government’s policies have so far dramatically backfired, as expected, becoming the most obvious reason behind the very poor performance of the Democratic Party (Renzi’s centre-left party) in all polls, as well as the rise of the right.  A consensus starts to appear that any economic recovery of the country in the long term cannot be established without a demographic recovery, and that demographic recovery cannot be achieved other than by having higher birth rates, and limiting Italy’s massive brain drain. This cluster of issues is to be connected to a more general trend in the Western world (but also in East Asia) which intends to address demographic imbalances, reduce net immigration, and be more realistic about the difficulties of managing a vastly fragmented multicultural society, which appears now as little desirable to vast sectors of the public.

Second is the question of the European Union and the Eurozone membership. There is no doubt that anti-EU sentiment has been substantially growing in the past five years. This has been consolidated in a political position known sovranismo. This position, which is mostly represented by the Northern League, other right-wing parties, and by at least some sectors of the Five Star Movement, intends to re-acquire some space for decision and policy making against the centralisation of European institutions, thus recovering sovereignty (hence the name) and a degree of control on national matters, especially on economic and monetary policies. While it is true that sovranismo can often have rather crude articulations in terms of sheer anti-EU hostility, much more elaborated positions are becoming apparent, calling for a concerted effort to restructure the European integration project with less emphasis on centralisation and by explicitly admitting that “something has gone wrong” with the EU/Eurozone and needs to be addressed. Against these ideas are the more squarely pro-EU forces, particularly Renzi’s party. In reality, behind the polemical attempts to undermine each other’s credibility by means of caricaturisation, even the Democratic Party has been fundamentally agreeing on the point that the numerous constraints placed upon Italy by a long series of EU norms are limiting the economic options to a harming degree. Renzi has indeed tried, somewhat unsuccessfully, to negotiate with EU authorities more flexibility during the three years of his tenure as Prime Minister. The question is here one pertaining the width and depth of desirable EU institutional reforms, on the surface a rather practical matter but in fact entailing strong ideological as well as emotional ramifications.

Third is the question of economic re-organisation and the principles which are supposed to govern it. Here as well, behind the façade of electoral rivalry, there is a surprising convergence. It is widely felt by the public that the country needs a more robust solidarity network. Actually Italy has always had a quite patchy, but extensive system of social benefits or subsidies, although admittedly it never afforded, but financially or organisationally, anything to be compared to the welfare of Germany or other Nordic nations. A few years ago, the Five Star Movement launched the idea of a universal basic income (reddito di cittadinanza), which has since become mainstream. A few questions remain however open. It is unclear what kind of rules will regulate such scheme. This is closely related to the more complex problem of its financial feasibility or sustainability. Another question is whether a universal basic income will end up being, as it inevitably appears, hostage of a clientelistic logic, in a country where clientelism is already widespread. More in general, while it is perfectly understandable that more solidarity is demanded in a time of acute economic distress, on the other hand the project of universal basic income implies again increasing expenditures without providing a strategy for a better use of existing resources and the creation of new one, which is the real economic problem of the country, given the almost incredible misallocation of production factors, especially of labour and productivity. It is known for instance that only about 58% of all Italy’s residents are employed, and in many regions of the South more than half of the population in working age is economically inactive, against significantly higher figures in the rest of Europe (EU-28: 68%; Eurozone: 66%). Productivity expressed in GDP per hour worked has barely increased in over twenty years.  Besides, Italy has one of the highest levels of taxation in the world and has created a series of conditions (fiscal, bureaucratic, pertaining security, and even cultural-political) which massively disincentivise entrepreneurial activities and innovation.

Fourth is the point of constitutional reforms, namely the endless question of how the country’s institutions, at all levels, should be re-designed. Renzi has seen his ill-conceived reform plan rejected in a referendum on 4 December 2016, prompting his resignation as Prime Minister. But the problem remains, and plausible solutions are difficult to envisage. Crucially, institutional reforms are a key component for the success of any significant strategic shift concerning all matters mentioned above: the demographic reconstruction of the nation, a revised role within the European Union, a different approach to economic governance. Unfortunately this is also the front on which any optimism would be quite misplaced at this juncture, as reforms have been a common subject in Italian politics at least from the 1970s (if not much earlier) but little progress has been made so far.

It is unclear what kind of future government will emerge after the vote. The recently established electoral law will most probably determine a draw. According to the latest polls, Renzi’s Democratic Party and its allies will have about 24% of the votes. The centre-right coalition around 37% (Berlusconi’s Forza Italia 16%, Northern League 14%, Brothers of Italy and others 7%), thus being the strongest coalition, while the Five Star Movement with an expected 28% should be the largest single party. If those figures were to be confirmed on the morning of 5 March, none of the three main political forces would have a majority in either branch of the Parliament. It is widely rumoured that Renzi and Berlusconi will eventually form a pro-EU, pro-stability grand coalition right after the vote, abandoning their electoral alliances. However, even this problematic pact between Renzi and Berlusconi is unlikely to have enough seats in the Parliament, particularly considering the steady decline of the Democratic Party. Another option would be an ad hoc pact between the Northern League and Brothers of Italy with the Five Star Movement. There could be surprises as these protest movements may attract more votes than what appears in the polls, an establish pattern in recent European elections and referenda.

At this point it is impossible to know what majority, if any, will be or can be formed. It is also conceivable that there may be a stalemate, as currently in Germany, possibly leading to new elections.

Roberto Orsi is a co-investigator on the Euro Crisis in the Press project. He holds a PhD International Relations and is currently member of the Security Studies Unit at the Policy Alternatives Research Institute (東京大学政策ビジョン研究センター), and lecturer at the Graduate School of Public Policy (GraSPP – 東京大学公共政策大学院) of the University of Tokyo (Japan).
View all posts by Roberto or visit his personal website.

This entry was posted in Elections, Euroscepticism, Italy, Roberto Orsi and tagged identity, Italian Election, Italy, Renzi, sovereignty. Bookmark the permalink.
We use cookies on this site to understand how you use our content, and to give you the best browsing experience. To accept cookies, click continue. To find out more about cookies and change your preferences, visit our Cookie Policy.