Italy has a new government. Matching the unprecedented results of the election of 4 March, this new government marks the beginning of something never seen before. Italy is the first country in the Western half of the continent, and the first EU founding member, to be ruled by a Eurosceptic leadership. To be fair, however, “Euro-critical” would be a more appropriate descriptor, as the positions of PM Conte and his team, as well as its underlying parliamentary majority, do not appear to be aggressively antagonising the EU political project and its key people (yet). 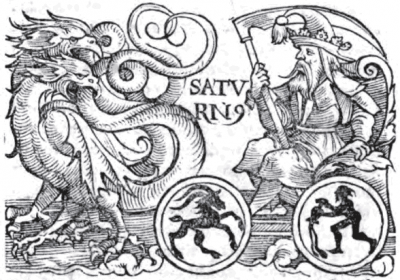 Read from the other side, the birth of Conte’s government signals that liberal Euro-Atlantic networks have lost political control of Italy. This is a serious development, and it follows the loss of Central-Eastern Europe to nationalist parties, the right-wing turn in Austria, Brexit, and above all Donald Trump’s seizure of the White House. It adds to a growing movement which rejects what Europe (and the Western world more in general) has become in the decades following the end of the Cold War, as well as its ideological underpinnings. These can be listed as cosmopolitanism, pluralism, multiculturalism, but they are often also interpreted as mass immigration, uncontrolled economic globalisation, suppression of local and national identities, extreme individualism, cultural uprooting, Islamisation, “gender ideology”. That movement, variously called “nationalist”, “populist”, “right-wing”, “anti-establishment”, “sovereignist”, which in reality contains an astonishing variety of positions, is undoubtedly riding an historical tide similar to the one which led to the demise of the Soviet bloc. It is radically transforming the landscape of Western politics, and it has already caused irreversible changes.

Less noticed is perhaps the positive feedback loop between Euro-Atlantic liberal-cosmopolitan positions (and actors) and the rise of such movement. One can, and perhaps should, read this movement as a reaction, at the very least, to the errors the Euro-Atlantic leadership has committed in the past years, and continue to indulge in, particularly the catastrophic refugee crisis of 2015-2016. It was astonishing to watch European leaders, as well as almost the totality of intellectuals, embarking on such course of action while they all too seemingly thought: “there will be no or negligible consequences”. This inability to think about politicsis the best guarantee of their demise and of their adversaries’ rise. So far, this has been the pattern.

Italy used to be among the countries with the highest support for European integration. A decade ago, anti-establishment and Euro-critical parties could aim, all together, at 10%-15% of the votes. How has it become a place where they can attain well over 60%? In my view this is explained by a combination of systemic factors, terrible policies, and awful communication from the EU as an institution, from major European political figures, and from their Italian representatives. Fundamentally the current situation has been generated by the question of economic reforms, and by immigration.

On the economic front, it is well known that Italy only avoided a financial collapse in 2011-2012 because the ECB stepped in with massive liquidity and later bond purchases to stabilise its finances. This however was based on a political agreement between Rome on one side, and Brussels, Frankfurt, and Berlin on the other: Italy was rescued but it had to promise a long list of economic and social reforms. The EU’s (and German) idea was rather clear: Italy is currently an unsustainable economic system (which is true); while the ECB buys some time, reforms are implemented, putting the country back on a trajectory of sustainability. On paper, a reasonable plan. In reality, however, this plan was flawed from the beginning, betraying a severely lacking understanding of politics. There are two main problems.

The first is that the series of rather draconian reforms demanded by the EU were fundamentally impossible to be implemented in the context of Italy. There are formidable legal and even constitutional limits to what the government can do in tackling established rights, privileges, pensions, subsidies, contracts and so on. Furthermore, as the bulk of the Italian population lives directly or indirectly of public funds, such reforms would severely undermine the political backing of any government attempting them. That is why the time gained in the 2012-2018 period has not been used for far-reaching reforms, but at best for very limited if not cosmetic ones under the Monti, Letta, Renzi, and Gentiloni governments, who have certainly not had a decisive impact on the basic structure of national spending, on the state’s organisation, and the private economy, save for the depressing effects of a grave recession (2012-2015) which was exacerbated by fiscal adjustments generating a painful compression of domestic demand. The mild recovery that has ensued afterwards, vastly exaggerated by Renzi’s storytellingoverdrive, does not seem to have evenly impacted the various regions and income classes. Furthermore, the national debt has continued to expand from 120% in 2011 to about 131% in 2018, although the past two years has seen some stabilisation.

The second problem is that of thinking, as clear from the official position of key EU leaders as well as the PD party (centre-left), that a country could remain for many years, even decades or indefinitely, in a state of low growth, high unemployment, high taxation, low investment, without ever suspecting that this would lead to the rise of a massive political opposition, and eventually the loss of a political majority favourable to the EU. As astonishing as this may seem, the EU position and the “vision” for the future of Italy appears to be at the core of a stable and managed slow-motion economic, demographic, cultural implosion. Italians should simply accept this situation as the final word about their history. It should not be all too surprising that voters were not thrilled about this.

On the immigration front, both Letta and Renzi’s governments have created a situation of absolute chaos, something recognised even, to his credit,  by the outgoing Minister of the Interior Marco Minniti (under Gentiloni), who acknowledged the disastrous effects of such policies. The EU’s behaviour on this question has been completely contradictory. On the one hand Brussels has been insisting for years on a plan for the redistribution of migrants which nobody wants, and appears absurd at best, with minimal chances of ever being adopted; on the other, all countries bordering Italy have tightened their controls. Just a few days ago, while Angela Merkel was deploring how Italy has been left alone to deal with the migrants, her government sent reinforcements to the Austrian border police to prevent migrants from reaching Germany. It is worth remembering that the migration crisis in the Mediterranean is to be directly traced to the absurd military campaign of 2012, initiated by France and Britain, which not only destroyed some of the most vital security interests of Italy (an EU and NATO ally), but of Europe at large, including ultimately those of France and Britain by accelerating the destabilisation of European politics. Again, the position of the EU leadership and of its Italian branch appears to be that this chaotic situation in the Mediterranean will potentially last for many years and even decades, and Italians (as well as the rest of the Europeans) should simply put up with it as the “new normal”. Nobody seems to realise that this is not possible.

As both the economic situation and the handling of immigration show, the rise of a Eurosceptic Italy has been made possible overwhelmingly by the errors of Brussels, Berlin, and Rome. There would have never been Conte’s government without the accumulation of wrong moves, wrong policies, and wrong narratives, underpinned by the highly problematic worldview which dominate Euro-Atlantic liberal politics.

Italy’s Eurosceptic turn does not represent a solution to any of the nation’s problem, as much as the broader movements it is part of does not represent a solution to the problems of Europe and of the Western world. This is not the point. Instead it has to be understood as the by-product of the EU’s political failure and of its underpinning ideological construction. It is most likely the beginning of a long and difficult journey, which will deliver, in the years and decades to come, a very different Italy, and Europe from the one theorised by post-national and cosmopolitan ideologues. It can also be see as an act of despair. The Eurosceptic and nationalist turn will soon face the reality that, while many EU policies have exacerbated the situation of the country, most of its basic problems are endogenous, requiring a complete reconstruction of the country (demographic, cultural, economic), the same sort of reconstruction which pro-EU forces were unable to deliver.

Italy’s Eurosceptic turn will most likely have severe consequences. It may quickly destabilise its financial situation. This can in turn add to a further destabilisation of European politics, and trigger even more radical changes to the political landscape. Voters appear to be demanding a U-turn on everything, and above all: action. It is unclear what Conte’s government will be able to deliver. Time will tell. But voters are unlikely to return to pro-EU, “moderate” liberal parties in the foreseeable future. If Conte fails, there may be in fact more radicalisation. Italy’s main crisis point has still to come. Ὀ χρόνος τὴν ἀλήθειαν ἰσχύει (Time strengthens the truth).

Roberto Orsi is Lecturer at the Security Studies Unit of the Policy Alternative Research Institute, and at the Graduate School of Public Policy, University of Tokyo. He holds a PhD in International Relations from the London School of Economics and Political Science. His main research interests are theory of international politics, critical theory, history of political concepts (especially European conservative thought) and East Asia regional security.

The Counterfactual Imagination of Populist Euroscepticism