The Counterfactual Imagination of Populist Euroscepticism

Euroscepticism is on the rise across Europe, as populists from both the left and right hold up their retrograde visions of gloriously assertive and blissfully self-reliant nation states. The installation of a populist and eurosceptic government in Italy in recent weeks, after months of political wrangling, is just the latest episode of this saga. 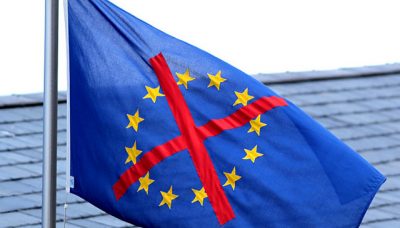 But the patriotic visions of the future imagined by populists rest on the implausible assumption that other states will continue to honour their international responsibilities, even as they renege on theirs. The dilemmas and necessities of international cooperation cannot simply and conveniently be set aside.

In this sense, populism is parasitic upon the very liberal, rule-based international order which it so energetically contests. It is rising at a moment when neoliberal centrism, the orthodoxy of the prevailing order, has run out of steam. To secure a more legitimate and cooperative global order that is sustainable, liberals need to be bold – and imagine a real alternative.

The founding idea of the European Union, of closer international cooperation, emerged after a long history of clashing national projects, culminating in two world wars, with all their catastrophic consequences. This was a history of European international relations governed by political competition in which states cajoled each other by the threat, or actual use of force.

Yet, as the former US secretary of state, Henry Kissinger, observed, no European nation was large enough to dominate all others, and so none could establish a lasting order.

The EU, under the security umbrella of what the publisher of the German newspaper Die Zeit, Josef Joffe, called the “American pacifier”, was to transform Europe’s power rivalries into mutually beneficial cooperation. It did so with such success for much of the past half century that the reality of what international relations were like before the EU existed has almost faded from living memory.

But after half a century of cooperation and partial integration, the drivers of international competition are returning with a vengeance. The US, under the presidency of Donald Trump, seems to be retrenching from Europe and the Middle East to focus on the containment of China. German political and economic hegemony in Europe is intensely felt and has already become the cause of grievances in Europe’s periphery. Russia is pursuing an assertive foreign policy that has become a source of annoyance, if not outright hostility, for both liberals and populists in the West. Meanwhile, Brexiteers presume Britain will gain a more assertive and dominant international role after departing the EU.

Overall, commitment to the cooperative and rule-based international system, in place since the fall of the Soviet Union, is rapidly waning.

It’s probably no coincidence that populist politicians on both sides of the Atlantic are flouting the very frameworks for international cooperation that their own liberal elites once pioneered. We are witnessing a marked shift in thinking as the balance of power shifts. Erstwhile pillars of international stability, such as the US, no longer view themselves as principal beneficiaries of the international system they established.

Populists pursuing revisionist agendas now shape the foreign policy of states that acted as custodians of this international order for more than half a century. For example, Trump believes that a trade war will advance American interests. And some Brexiteers believe that weakening and disuniting the EU will expand Britain’s relative influence and importance as a revamped global power.

Yet, populists should be careful what they wish for. Above all, because dismantling European integration, indiscriminate ratcheting of tariffs, or abandoning Iran’s nuclear deal are impulses, not game plans. Populists believe it is enough to “shake things up”, but respond to the question “what next?” with little more than blank stares. It is welcome and necessary to imagine alternatives, but these “counterfactual” fantasies should not become unmoored from international political realities.

If the European framework for international cooperation is disbanded it is likely to rekindle nasty rivalries in Europe. Once the mechanisms, institutions and procedures that are the EU – imperfect, frustrating and lacking as they may be – are abandoned, it is unlikely this will usher in an idyllic world of unencumbered national ambition. More probable is that national wills will simply start to clash as they have so often through Europe’s history.

Nor will it be simple to maintain the transnational economic integration responsible for much of the world’s prosperity without a system of rules to govern global economic activity. Instead, populists risk turning trade into a negative-sum game.

A new positive vision is needed

Populist visions of national grandeur and facile solutions to complex problems will not abate by themselves. As neoliberal elites increasingly fail to respond adequately to trade imbalances, income inequality and other growing crises, imagining compelling alternatives has become a pressing necessity. Populist alternatives flourish, not on the strength of their argument, but on the inability of prevailing orthodoxies to provide a compelling vision of the future.

That is why scenarios of glorious national self-assertion put forward by populists from Hungary to Italy, to the UK and Germany, need to be contrasted with other visions for the future that promise more efficient and less elite-driven cooperation between nations. This cooperation should devolve more responsibility to communities where possible, and frame it in ways that make it clear how Europe’s citizens are benefiting.

The pressing task for those who believe that a framework for cooperative relations in Europe is a prerequisite for peace and prosperity, is to start imagining alternatives that move beyond the false dilemmas of today – such as populism versus the neoliberalism of the status quo. Instead, a positive vision must be articulated, one that addresses substantive issues such as trade imbalances, income inequality, elite hubris and claustrophobic nationalisms without compromising basic liberal values.

As long as our ability to imagine new forms of community building and international cooperation is hamstrung, the prospect of a new global social contract based on mutual benefit and accountability will remain a distant dream, to our collective detriment.

Max Hänska is a Senior Lectuer in Digital Journalism at De Montfort University.

Vassilios Paipais is a Lecturer in International Relations at the University of St Andrews.

Salvini, the Leader who Replaced Berlusconi

3 Responses to The Counterfactual Imagination of Populist Euroscepticism