Latent tensions became manifest with the result of the Brexit referendum, etching the battle line that will define the struggles ahead. Those who have embraced and built their lives around our liberal-cosmopolitan global order, and found opportunity in open markets, are now pitted against those who see themselves as excluded, maligned, and disenfranchised by this order, and those who plainly think their identity should matter more than it does. While the former have adapted, and exploited the opportunities globalisation has offered, the latter have risen to rebel against it. 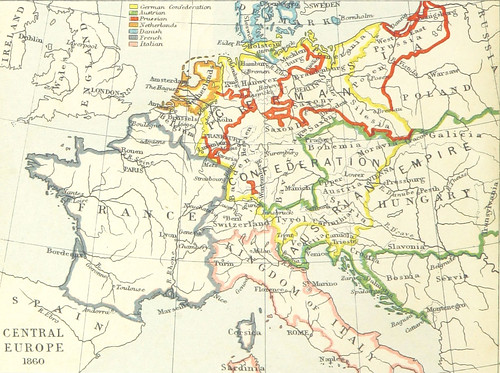 To be fair, you cannot blame the rebels. Blue-collar workers have seen their opportunities eroded as manufacturing jobs scatter along global supply-chains, and migrant labour gladly accept lower pay, diminishing real incomes. What was once a land of opportunity, now looks like a sea gnarled with truncated hopes. Add economic malaise, the diminution public services, and a political system unable to even acknowledge domestic deprivation, and an ascendant melange of resurgent nationalism and protectionism catalyse potent political forces. They are joined by others who have done well out of globalisation, but resent the declining cache of an identity in which they have invested so much pride. With visceral passions the chorus asks why their community (whatever that may mean) is not put first.  Why should ‘we’ not matter more than ‘others’? What kind of country is it that is under obligation to treat foreigners on par with citizens, that allows continued immigration while natives are ever more dispossessed?  Why should ‘we’ support an international order that cares little about where you are from? What is left of identity if we don’t privilege our own?

But there are of course also vocal beneficiaries of the order that the referendum calls into question. Those who have made their fortune because (not in spite) of an open, liberal international order. Who have not merely adapted to this order, but for whom cosmopolitan internationalism is the very mortar that binds their economic and personal lives. The two sides will not be reconciled. The arch of their politics point in opposite directions. The next decades will determine which will prevail, and which will be assimilated or subjugated.

The Brexit campaign, like Trump, and populist demagogues across the world, have resoundingly defenestrated the kind of politics that we have become accustomed to—the kind of polite politics that obeys liberal principles. The kind of politics that sanitises process of collective decision-making by making liberal procedural norms of veracity, reasonableness and human rights their cornerstone. They have thrust us back into the deep waters of politics, where it is not merely the trade-off between policy options that is at stake, but where our very constitutional order is called into question. The political battlefield is being reshaped, no longer contained by the rules of post-war political culture.

How did we get here? Each time Trump, Boris Johnson or Nigel Farage brazenly fabricated claims to suit their purpose, they chip away at the principle that political claims should somehow be factual. And each time a tabloid or politician insinuated that foreigners are capturing your country from under your nose, that hordes of Turks (all 77 million of them) will inundate your community with their uncouth ways, that East Europeans will descend upon your quaint isles in swarms, you are doing much more than raising questions about immigration policy. You are legitimising a line of thought that leads us away from the post-war consensus on human rights, that every person is equal in their dignity. When Trump calls on his supporters to punch a heckler he is endorsing force as a means of settling political disputes. This is the kind of politics that makes hate crimes, that rose precipitously after the referendum, seem like a legitimate means of implementing the popular will.

The brexit win was the proverbial christening of this kind of politics. It is now legitimate to take collective decisions not by carefully parsing information, and with due respect for post-war political norms, but based on bullshit (I do not use the term permissively, but to distinguish indifference for the veracity of claims, from lies, which involve concealing untruth, and thus imply that the difference between fact and fiction still holds value) and xenophobia. Britain’s new Prime Minister has said that people’s feelings, however unfounded, matter more than facts, while an earlier contender for the post declared that the public has ‘had enough of experts.’ None of those in the running to lead the country was willing to unequivocally affirm the acquired rights of non-citizens living in the UK—leaving the prospect of deportations, however remote, on the table. Though the fact that the leave campaign removed many of their campaign claims from their website after the referendum indicates that their disregard for the facts is not bottomless. Even Boris Johnson realises that you cannot fabricate reality like you can make up a quote. Every myth will eventually hit the hard ground of reality. Nonetheless, a noxious cocktail of bullshit and xenophobia are now as good as any other means of winning political arguments.

Those who believe that the liberal, rule-governed post-war international order is worth preserving must be rattled from the comfort of their presumption that its political foundations stand firm, and recognise that the rules of the game have changed. The tides of history have turned against them, and trenches have been carved across our polities. They must recognise that their adversaries will abide by liberal principles and proceduralism only as a means, but no longer as an end in itself—to paraphrase Recep Tayyip Erdoğan ‘democracy is like a train, I plan to get off when I reach my destination.’ The surest way to lose the post-war order is to take it for granted. Don’t assume that your opponents will fail because they, as a matter of fact, offer no solution to the problems of their most ardent supporters, nor a strategy for achieving their promises. Don’t assume that liberal principles, or the institutions that uphold them, are sufficiently robust to withstand an illiberal assault.

The battles ahead do not concern business-as-usual policy decisions, but the basic tenants of our political order. Liberals need to adapt their tactics to take account of the way their adversaries are remaking the rules of politics—polite and reasoned debate will not, on its own, defeat demagogy. They need to pursue a strategy that both weakens illiberal forces, and unmasks their demagogic promises as the chimera they are. Crucially the strategy must also focus on making the benefits of globalisation more inclusive—creating opportunities to win hearts, minds and wallets. And most importantly of all they will need to muster all their collective creativity to reinvent a vision of a liberal international order that can hold promise for the 21st century—its appeal as a bulwark against the horrors of the 20th century will wane as history marches on. It needs to offer solutions to the problems of the 21st century.

Max Hänska is a Lecturer at De Montfort University, and an editor of the Euro Crisis in the Press blog.

The Great Pushback: Western Politics and Dynamics of Exclusion