Posted on April 5, 2016 by Eurocrisis in the Press

The EU faces debilitation by multiple crises: economic malaise and high unemployment, an influx of refugee and mounting security concerns. They all lay bare that resilience was not build into the EU’s architecture, it lacks the institutional capacities to respond to external shocks. Either its members create the capacities needed to respond resolutely to such shocks, or it heads for sclerotic decline. 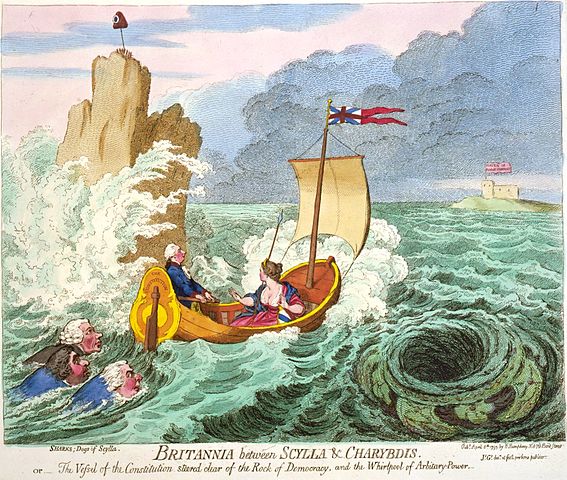 The EU, and the Eurozone, have been grappling with the consequences of an incomplete monetary union since Greece first required assistance from other Eurozone countries in 2010. Sharing a currency, unable to devalue, and without mechanisms that allow for intra-Eurozone transfers, the Greek economy has been on life-support ever since. The latest bailout review has been extended, but it seems increasingly unlikely that a happy outcome is on the cards (see here and here). The Eurozone may well find itself back on the threshold of a Grexit just around the time when the UK votes on Brexit. The upshot is that the EU has failed to ensure economic security, and opportunities for many of its citizens. The underlying problem, a shared monetary system, without collective fiscal capacities, has not been redressed. Fiscally the Eurozone needs to become more like a state if it wants to avert decline and fragmentation.

While last year’s Greek bailout was acrimoniously agreed, refugees started flowing into Greece and the EU, laying bare two more institutional failings. While the Schengen area shares a common frontier, it has no real capacity (boots on the ground) to protect its border. The terrorist attacks in Paris and Brussels also raise questions about the capacity to ensure internal security—without internal borders the Schengen area is de facto one territory. To survive it must convince citizens that internal security can be guaranteed in the overlapping jurisdictions that stretch from Finland, to Greece, to Portugal. Doubts about the EU’s capacity to ensure internal security are aggravated by the unwilling of members to share responsibility for refugees. The EU can issue mandates, but remains toothless on implementation. All executive capacities are retained by nation-states, to whom citizens turn when they feel their security at risk.

Russia’s annexation of Crimea, and the wider refugee crisis, also demonstrated the EU’s lacking resolve to ensure external security. Europe is irrelevant to advancing security in the  Middle East, though it must of course deal with its consequences: millions of displaced people.  A majority of Germans are against providing military support to NATO allies in an emergency. Budget slimming measures mean the UK is currently without an aircraft carrier, while the country is entertaining the possibility of leaving the EU. Where the single market gives the Commission leverage when negotiating trade agreements, the EU is incapable of demonstrating similar unity in geopolitics, and lacks the capabilities that can be converted into collective leverage when the need arises. Thus the EU remains feckless in the Middle East. One can only hope that its collective resolve is never put to a more serious test. The doubts shrouding the EU’s ability to guarantee security, arguably a state’s most basic function, may yet turn out to be its greatest failing.

Unable to shield EU citizens from external economic and security shocks, it is hardly surprising that people are turning to populists nationalists. Maybe where the EU failed the nation state can succeed. The promise is alluring, and chimerical. In a globalised world no EU member is large enough to enforce  the order it desires without an alliance. The real problem is that the EU—every member’s most natural alliance—is feckless. And, being feckless, popular support wanes. Yet without popular support, the prospects of instituting the needed collective capacities (fiscal and security integration) are slim to none. Chances are that as the sea get rougher member states will increasingly seek to make their own fortune, abandoning the European ship to brave the gale in smaller vessels. In doing so they will forgo the opportunity to turn the EU into a more flexible alliance, furnished with nimbler capacities, that can act as a bulwark enhanceing the security and prosperity of all its citizens. But that is the political mood. When the right arguments don’t get political traction, we follow fallacious ones. The only certainty is that, in the end, we must all live with the consequences.

Max Hänska is a Lecturer at De Montfort University, and an editor of the Euro Crisis in the Press blog.

This entry was posted in Europe, Max Hänska, Nationalism and tagged Crisis, EU, European geopolitics, Security, Socio-economic security. Bookmark the permalink.
We use cookies on this site to understand how you use our content, and to give you the best browsing experience. To accept cookies, click continue. To find out more about cookies and change your preferences, visit our Cookie Policy.