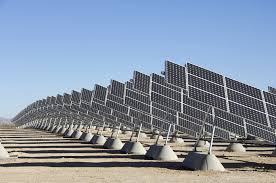 The EU has set a target of generating at least 20% of its total energy needs through renewables by 2020. Given the success of Green parties in May’s European Parliament elections, there is now real momentum in the push toward renewable energy transition. But a number of resilient obstacles remain and there is a clear need for stricter policies at both the EU and national levels.

Green parties were among the main winners in May’s European elections. Indeed, they have become a political force in the new European Parliament, and their success should add significant momentum to the push toward renewable energy transition in an otherwise unsympathetic environment. Yet for this to lead to a real tipping point for renewable energy in the EU, the new Members of the European Parliament (MEPs) will need coherent strategies for overcoming a set of resilient political obstacles.

By early 2019, the production of solar, wind, biomass and hydroelectric energy reached 40 percent in Germany’s electricity production, for the first time replacing coal as the country’s main source of power. In a country known for its large production and dependence on coal this was noteworthy. Investment in renewables has generally stalled globally, but many initiatives in Europe hold promise.

Among them, the European Investment Bank (EIB) recently committed €4 billion of financing for renewable-related projects and the European Commission continued targeted support for various member states (see Lithuania and Portugal). Investment firms have also been active, from Glennmont Partners’ €850m new fund for European green energy to the launching of a €100 million pilot investment fund by the European Commission and Bill Gates’ Breakthrough Energy Ventures (BEV) to help capital intensive startups working on clean energy innovation get off the ground. Yet beyond the need for more investment, there are deep-seated obstacles to renewable energy transition in the EU.

Optimistic rhetoric aside, despite increased use of renewables in the EU over time, member states show considerably different records on their progress towards the goal of meeting the 2020 target of 20% renewable energy use. Why is this so? In a recent study, I and my co-author Charlotte van der Borg combined a statistical analysis of comprehensive data for all member states between 1997 and 2015 with an in-depth comparison of the Netherlands and Belgium to systematically assess the role of economy, governance, ideology, natural resources, and policies on renewables.

First, while overall natural resource wealth can help boost renewable energy production in the EU by addressing the challenge of sunk costs required for launching clean energy projects, specific natural resources, such as oil and gas (or “petroleum”), undermine it because of their potentially corrosive effect on governance and the economy. Three such effects can be discerned. Politicians can often “capture” large petroleum rents. For example, in the Netherlands, government spending from large petroleum revenues is far from always being transparent. It has financed either consumption instead of investment or public projects of dubious quality. 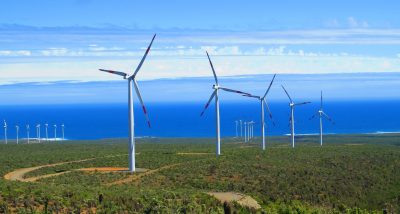 The second effect that has received more attention is rent-seeking by vested interests. Simply put, fossil-fuel and particularly petroleum-sector companies continue to have strong influence over government policy, deterring renewable energy transition through many government interventions that favour fossil fuel usage by businesses and households. The third effect is that vast rents from petroleum can reduce the incentive to diversify.

Furthermore, contrary to some expectations, actual fiscal policy commitments concerning renewables, such as levying higher environmental taxes, seem to “work” and matter more than the ideological preferences of governments, general governance quality, and changes in environmental pressures over time. Finally, specific policy design choices on renewables – such as choosing cost-containment caps or feed-in tariffs over quota schemes, also emerge as more important factors than other frequently-cited ones. However, the evidence also tells us that simply increasing the number of policies is not helpful and can actually harm renewable energy production.

What does this all mean for the EU agenda and national policies? The overarching message is: to reach its ambitious goals on renewable energy deployment, the EU needs additional and stricter policies – the ones in place won’t do.

First, while harnessing rents from natural resources to finance the launch of otherwise costly renewable energy projects is pragmatic, the EU and member states must undertake tougher fiscal and regulatory interventions. These policies need to address the negative political and economic effects of fossil fuels, not just their environmental consequences. A stricter roadmap should phase out subsidies on fossil fuels that are still prevalent in production and consumption. This can be done through curbing investment in infrastructure for fossil fuels, preferential taxes, or exemptions from royalties. On the level of the EU, the EU budget and European Fund for Strategic Investments (EFSI) can be channels for such measures. On the level of member states, direct payment systems embedded in national budgets, fiscal (dis)incentives, and development banks can be used.

Furthermore, the EU Emissions Trading Scheme needs tightening to cut manipulation and loophole exploitation by organised groups with vested interests in non-renewable energy. The political terrain is still skewed towards these groups. This unevenness should be tackled by offering tangible opportunities to renewable energy advocacy coalitions. Such groups can also be vehicles for knowledge spill-overs. Combined with investment in research and development, they can enhance quicker learning across the union.

Finally, rather than simply adopting ‘any’ or ‘many’ policies on renewable energy, the EU and member states should continue to pay attention to policy choice and design. Feed-in tariffs and cost-containment caps surpass tendering schemes in the effectiveness of increasing renewable energy production, though ultimately the choices and design need to be tailored to given economic landscapes.

The comparison of the Dutch and Belgian cases also suggests that for policies to deliver intended benefits, their transparency is necessary but not sufficient – they should also be consistent and stable. The timing of policies is essential for their effectiveness as well. As a series of earthquakes in Groningen, the gas-producing province of the Netherlands, provided a momentum to push for a change, so should new MEPs take full advantage of the potential “window of opportunity”.

This article was co-published together with LSE EUROPP Blog.