Socio-Economic Security, Transnational Solidarity and the Legitimation Crisis of the European Union

Posted on September 22, 2014 by Eurocrisis in the Press

This article offers some insights on the socio-economic security approach of the European Union (EU), its conception of transnational solidarity and subsequent ‘legitimation crisis’. The aim is to foster reflections on a future, more integrated socio-economic security politics, since this has important repercussions for the democratic legitimacy of EU institutions and for their acceptance among the population.

By ‘socio-economic security politics’ here I mean not only the set policies that can be introduced or promoted by national and international institutions, but rather the complex set of economic, political, legal and social principles, policies and procedures that 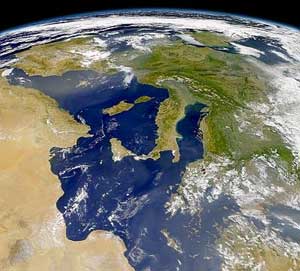 crystallize at different levels of the decision-making process. These can take the form of dominant ideas and discourses on specific political and policy priorities, of public policy instruments aimed at achieving a particular, previously agreed goal, but also of policy-making procedures that once in place may hinder or foster the achievement of determined political and policy outcomes

Concrete examples of the current socio-economic security politics of the EU include all those still uncoordinated actions promoted by the various Directorates-General (DGs) and affiliated EU agencies aimed at improving the quality of life of citizens. These may involve: (1) an economic dimension, such as those actions aimed at influencing the chances an individual has of having access to equal possibilities for their personal realization (e.g. absence of huge regional divides, of poverty, etc.); (2) an institutional dimension expressed in terms of an equal access to key positions in institutions, such as in the labour market or in the family; (3) a cultural dimension expressed in terms of an equal access to education or the possibility to afford the price of cultural events and so on; and (4) a social dimension concerning the possibility of citizens becoming involved in community and social life.

Socio-economic security must, in this context, be seen as a multi-dimensional concept, which includes various aspects of the individuals’ private and public life. It has often been described as an ‘equal and durable access to similar and decent living standards in a stable socio-economic environment’, but this definition is not exhaustive. Socio-economic security has, in fact, also been understood as the possibility to provide the individuals with the chances of conducting a good quality life through the entire course of their existence, ensuring that the individuals are not forced to seriously worry that their personal conditions might dramatically worsen in the near future due to changing economic circumstances.

In the new global environment, not only do new forms of inter-governmental and supra-national governance have to be promoted if the security of citizens is to be ensured, but also a redefinition of the traditional forms of social solidarity needs to be proposed. In fact, even though it is true that the majority of the international organizations still continue to favor ‘negative integration’ instead of ‘positive integration’, (giving priority to market regulatory principles and mechanisms instead of to social integration regulatory principles and mechanisms) it still has to be asked whether this political and policy Weltanschauung (vision of the world) is still feasible. What is important to remember here is that the supremacy of the ‘economic’ over the ‘social’ paradigm does not have a stable, permanent character, which is universally accepted over time, since it has changed several times during history, for example, after World War II with the introduction of Keynesian policies and, again, in the 1980s, with Thatcher’s and Reagan’s understanding of the world new economic order.

Once again, and despite political rhetoric, EU institutions have tended to favor (and still continue to favor) ‘market citizenship’ (that is citizenship linked to the priorities associated with the development of the Single Market) at the expenses of ‘social citizenship’ (that is citizenship based on full social rights and priorities). This has, in the last few years, also been associated with increasing national and regional divides, in terms of lobbying by various interest and political groups on specific EU policies (for example, the fight between Mediterranean and Central and Eastern European farmers over the Common Agricultural Policy). These divides, in turn, are in conflict with the EU overall economic and social objectives concerned with reducing the disparities in treatment and access among European regions and citizens, as well, improving its external relations with the ‘outside’ world.

In fact, well before the current institutional impasse, Jürgen Habermas had already called attention to the legitimation crisis that governments and international organizations might have faced. This legitimation crisis was understood not only in terms of the redistributive shortcomings of national and international policy-making, but also in terms of failing ‘communicative’ and ‘coordinative’ discourses and actions at the national and international level (see also Schmidt 2006). As recent data on 30 countries provided by the OECD have shown, the last twenty years have been a period of economic growth but also one of growing inequalities that is unlikely to be sustainable in the long-term (see also Atkinson and Piketty 2014; Cohen et al. 2014). This entails a problem of system-legitimation that, so far, national and international institutions have not been able to deal with it, neither through efficient public policies, nor importantly, through a coherent socio-economic security politics understood in terms of effective communicative and coordinative action.

In sum, a new socio-economic security politics at the EU level must be promoted, if the challenges stemming from the current global economic crisis are to be correctly addressed. In order to achieve this objective, a new redefinition not only of our current conception of solidarity, of EU citizenship and associated democratic rights is required, but also a redefinition of the duties and responsibilities of national and international institutions is necessary.

As a concluding remark, it can be affirmed that the local has now gone global and this is a situation that cannot so easily be amended.

Alfio Cerami has held appointments at European and non-European universities, and was an international consultant for Unicef. He is the author of  Post-Communist Welfare Pathways: Theorizing Social Policy Transformations in Central and Eastern Europe (together with P. Vanhuysse);  Migration and Welfare in the New Europe. Social Protection and the Challenges of Integration(together with E. Carmel and T. Papadopoulos), and Permanent Emergency Welfare Regimes in Sub-Saharan Africa: The Exclusive Origins of Dictatorship and Democracy.

This entry was posted in Other and tagged Legitimation crisis, Socio-economic security, Solidarity. Bookmark the permalink.

2 Responses to Socio-Economic Security, Transnational Solidarity and the Legitimation Crisis of the European Union