Brexit will give neither Hitchens nor Mason the Europe they desire

Recently I had the pleasure of debating Europe with Peter Hitchens of the Mail on Sunday at the Dulwich Literary Festival. Hitchens advanced the well-worn Brexit arguments about Europe being run by faceless unelected bureaucrats, imposing its vicious will on poor countries like Greece, and that there was absolutely no democratic control over what it does.

In fact, variation of these arguments have been advanced by national sovereignty critics of European integration ever since Churchill called for the creation of ‘the United States of Europe’ seventy years ago. The late Denis Healey wrote the classic critique of European unity in 1950 in a Labour party pamphlet. He argued the left should reject “a system by which important fields of national policy could be surrendered to a supranational European representative authority.” 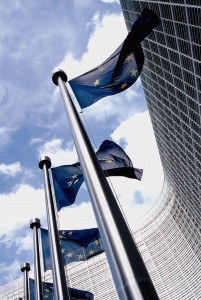 arguments. Now he is joined by one of our most prominent left commentators, Paul Mason, who writes in the Guardian’s G2 that Brussels embodies “the determination to dissolve political traditions into a monolith.”

Mason complains about the treatment of Greece and now the handling of the refugee crisis. I share his Hellenophile critique of the decision of the centre-right ruling group in Europe to insist on foolish and counter-productive budget balancing measures in Greece. Their rejection of the IMF’s correct insistence that Greek debt to northern EU banks – those that lent money to corrupt Greek political elites – should be written off. Unlike Paul I also think the Greek political class including the new Syriza elite have to accept some responsibility. I do not admire Greece’s refusal to show any EU solidarity in its approach to stabilising the western Balkans, where Greek’s ultra-nationalist stance is destructive.

The arrival this summer and autumn of waves of refugees/migrants undermines and does not confirm Paul’s thesis about the EU being a monolith. On the contrary we have seen the vigorous resistance of national governments and national public opinions against accepting anything proposed by the European Commission.

Nation states are erecting razor wire barriers, suspending rail transport, and insisting they do not want Muslim refugees. In the immortal words of our own beloved Home Secretary, Britain will not accept EU imposed quotas of refugees in a “million years”.  Even Switzerland, a non-EU state, elected at the weekend even more MPs from the anti-EU, anti-immigrant, anti-Muslim Swiss People’s Party (SVP) who now dominate the Bern parliament. Switzerland now has its own Danniel Hannan in the form of the skillful writer and polemicist, Roger Köppel, editor of the influential Weltwoche weekly magazine and now a SVP deputy.

For Paul all this proves that ‘the architecture of power in Brussels is faceless.’ On the contrary the well-known faces of Victor Orban and Teresa May have much more power than the equally well-known faces of Jean-Claude Juncker or Martin Schulz. Orban, for example, found support from Nicolas Sarkozy and east European right-wingers at the congress of the European People’s Party – the federation of EU centre-right parties – in Madrid last week. It is not that European power is faceless, it is that the ugly faces of Europe are winning. And they are winning in part because the left adopts so much of the nationalist populist line about the EU.

The nation-state still dominates in Europe. Take, for instance, the failure to move toward economic and monetary union described by Wolfgang Munchau in this week’s Financial Times, or the inability to impose a coherent energy policy if it requires Poles to reduce coal burning or France to build gas interconnectors to Spain.

Mason says the British government and European Court have the ‘only real power to influence Europe’s vast bureaucratic structures.’ Really? Leaving to one side the fact that Birmingham City Council has a bigger payroll than Brussels, we have seen high-price taxi monopolies in European city after city block EU-style liberalisation of taxi services. We have seen Google and Gazprom checked by EU competition procedures, and this dreadful monolith delivers £700 million in research funds to British universities, as well as allowing me and Paul to fly to Athens on Easyjet and Ryanair instead of paying the rip-off prices of national airline carriers of old.

Perhaps my experience is different from Paul’s but I find Brussels much more open than Whitehall and Westminster. All EU officials have their numbers and emails listed. Anyone tried to contact Sir Jeremy Heywood recently?

The democratic deficit that citizens feel is real and applies as much to their national governments and city administrations as to the EU. The idea advanced by Peter Hitchens in Dulwich that Britain had to recover its ‘independence’ and this can only be done by leaving the EU may appeal to Paul but this reversion to a Europe of nation states unwilling to share power or accept interdependence worries me.

In a line that comes straight from the nationalist sovereignist playbook Paul argues that existing EU nations must have veto power over new states. There are many who would like that to apply retrospectively starting with Greece. Valéry Giscard d’Esting moaned to me a couple of years back about any idea of letting Albania into Europe. I politely pointed out he had forced Europe to accept the entry of a corrupt, religion-run Greece. Even today, Greece still does not have a land register of who owns land in order to protect the Greek middle class professionals, like editors and economic correspondents, from being required to live under normal laws of property ownership.

But I am glad Greece is in the EU and I share the solidarity with the Greek people who voted ‘Yes to Europe” as well as ‘No to austerity’ in June’s referendum, and also those who voted in September’s election in favour of keeping the Euro. In doing so, they rejected the idea advanced by Yanis Varoufakis of a return to the drachma, in line with the urging of his key London adviser, Norman Lamont.

The idea of national parliaments or populist plebiscites being used to stop future EU accession by countries like Serbia or Kosovo, or even, if Turkey can turn away from authoritarianism, some more positive relationship with the Turks, is not about giving democratic power back to the people. Instead it would only hand power to the off-shore media proprietors, the City hedge-fund and spread-betting billionaires in the UK and elsewhere, who finance anti-European populism because they hate the idea of any regulation of any sort on globalised capitalism.

Mason confuses the EU as an institution with the dominance of the centre-right EPP group that currently runs the EU via its key members, Angela Merkel, Jean-Claude Juncker and Donald Tusk, and 18 EU governments controlled by EPP conservatives either alone or in coalition.

But these parties are elected democratically. Paul and I may dislike their ideology and practice as applied at EU level, but until we elect a left majority in Europe, damning the EU as an institution because the people won’t vote as we wish gets dangerously close to Brecht’s point about the need to elect a new people.

I believe and have written that Brexit is not just possible but probable because of this century’s anti-European stridency in the Conservative party, the media, business and amongst citizens who do not like foreigners. This week we have seen two opinion polls from YouGov and IpsosMORI showing increasing support for Brexit. The IN campaign is cautious and too focused on a business agenda.

The EU’s lack of growth is a function of wrong policy and bad ideology, but it is not a reason to revert to a Europe of nation-states undoing much of what European unity has achieved since 1950.

It is curious how much of the Guardian’s comment space is given to ambassadors of Brexit but the paper has always been confused on Europe. Paul joins Tariq Ali, Owen Jones and Peter Hitchens at the Mail on Sunday, who have written that they will vote Out in the forthcoming referendum. They may well win. But they won’t get the Europe or indeed the Britain of their dreams.

This article was first published by Open Democracy

Denis MacShane is Labour’s former Minister of Europe for the UK. An updated, revised version of his book, Brexit: How Britain Will Leave Europe will be published by IB Tauris next month.

This entry was posted in United Kingdom and tagged Brexit, EU referendum. Bookmark the permalink.