As Europe looks fearfully outside, its liberal democracy is under attack from within

Posted on November 2, 2015 by Eurocrisis in the Press

Liberal democracy in Europe is under threat once more. This time, however, the threat comes from within the European elite. What can be done to remedy this situation?

If one believes the international media, then the “refugee crisis” is pushing Europe further and further into the hands of the far right. As refugee centres burn and tens of thousands of people demonstrate against an alleged “Muslim invasion”, far right parties across Europe are at record highs in opinion polls and are winning in local and national elections. 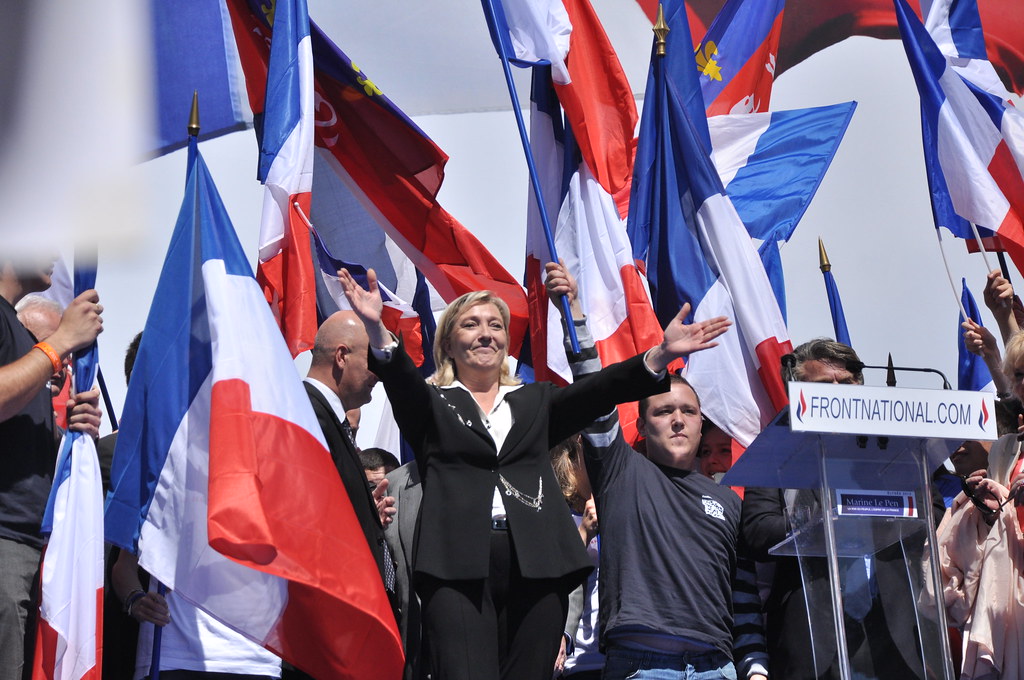 Earlier this month the Swiss People’s Party (SVP) won 29.4% of the vote in the Swiss national elections, the largest victory of any far right party in Western Europe since 1945. In the Netherlands and Sweden, long seen as immune to far right parties, the Party for Freedom (PVV) and Sweden Democrats (SD) are soaring in the polls. From Denmark to Germany (planned) refugee centres are being targeted by arsonists and protesters.

Against this angry mob, given voice by charismatic leaders like Marine Le Pen and Heinz-Christian Strache, stands an apathetic and flustered political elite. While German Chancellor Angela Merkel tried to defend a welcoming approach to the refugees, she was met with silence or opposition from her centre-left and centre-right colleagues across the continent.

In the Netherlands, premier Mark Rutte decided to hide in the US, supporting the Dutch business community during visits to Atlanta and Washington, leaving the political debate on refugees to PVV leader Geert Wilders. In France and the United Kingdom, political leaders responded hesitantly, coming across as incompetent and wavering compared to their decisive and vocal far right competitors. As Merkel slowly changed her welcoming discourse, under huge pressure from her Bavarian partner, the powerful Christian Social Union (CSU), and her own youth branch, the Young Union (JU), politicians across the European Union (EU) started to express opposition toward refugees and promote stricter border controls.

All of this is disheartening for anyone concerned with liberal democracy in Europe, but the rise of far right parties is not a new phenomenon. In the 1990s even larger groups of citizens protested against refugee centres in the recently reunited Germany and deadly attacks on refugees and other minorities were a common occurrence. Similarly, far right parties gained significant results in countries like Austria and France, while mainstream parties tightened immigration and hardened their discourse. What is new, but unfortunately mostly ignored, is that for the first time in postwar history liberal democracy in Europe is attacked from within the political elite, rather than from outside of it.

As commentators continue to be blinded by the usual suspects such as Marine Le Pen and their (alleged) influence on opportunistic mainstream politicians like Nicholas Sarkozy, they fail to see that the real damage is being done by sitting premiers and presidents, most notably in east central Europe. For, whatever the problems involved in the ‘far right light’ policies of politicians like Rutte and Sarkozy, they never intended to build a different Europe. In fact, these politicians argue that right-wing measures are necessary to strengthen liberal democratic Europe and to ensure its survival in light of the far right and other challenges.

Enter Viktor Orbán, prime minister of Hungary, and liberal-turned-conservative-turned-far right politician. Since regaining power in 2010, Orbán has consistently undermined the liberal safeguards of Hungarian democracy, most notably through introducing a new constitution and making a host of political appointments in old and new state institutions. He openly declared that liberal democracy has no future and that he wants to transform Hungary into an illiberal democracy. As long as the EU didn’t interfere in his domestic power grab, and it hardly did, Orbán did not really try to influence broader European politics.

This year, however, things have changed. In January he used the terrorist attack on Charlie Hebdo to start his own attack on multiculturalism. Not just in Hungary but also in Europe as a whole. As other world leaders marched for free speech and tolerance, Orbán called upon the EU to restrict access to migrants with “different cultural characteristics”.

Even before the “refugee crisis” hit Europe this summer, Orbán had already initiated a bogus “referendum” on immigration with a campaign in which immigrants were directly linked to terrorism and unemployment. Once Hungary became a major destination for Syrian (and other) refugees, Orbán’s government did its utmost to create the impression that they were a threat to national order and security. More importantly, however, he went on to directly attack the “old” European model, exemplified by Merkel, and instead propagating his own alternative. In his ‘rivers of blood’ speech, Orbán stated:

What we have at stake  is Europe, the European way of life, the survival or disappearance of European values and nations, or their transformation beyond recognition … We would like Europe to be preserved for the Europeans. But there is something we would not just like but we want because it only depends on us: we want to preserve a Hungarian Hungary.

Not meeting any serious resistance, Orbán took his “new” politics to the heart of Europe’s “old” politics, the European People’s Party (EPP) congress in Madrid. On Merkel’s home turf, he argued in typical far right fashion that “immigrants” (he doesn’t recognise them as refugees) are a threat, referring to them as “an army”, helped by the left-wing parties, who will destroy Europe.

While most centre-right politicians in western Europe don’t openly embrace Orbán’s vision of a Christian Europe of strong nation states, with perhaps the exception of the influential CSU, several more or less openly herald him as the guardian of Europe’s borders and support his call for stricter border control. In east central Europe support is much more open.

Both Czech president Miloš Zeman and Slovak premier Robert Fico have gone on Islamophobic rants of their own and current and former leaders in other EU countries embrace Orbán’s essentially far right vision of Europe. While the current Polish government has kept its distance it will soon be replaced by the right-wing populist Law and Justice (PiS) party, whose leader Jarosław Kaczyński has been praising Orbán’s “Budapest Model” since 2011.

With a growing group of closet far right leaders and their tacit supporters in the governments of EU member states challenging the status quo of liberal democratic Europe, it is high time that the liberal democratic parties respond. Socialists & Democrats (S&D), the social democratic group in the European Parliament (EP), has taken a first step, putting the expulsion of Fico and his Smer party on the agenda. In sharp contrast, the EPP, the most powerful political group in the EU, has consistently protected Orbán against EU sanctions and even applauded his classic right-wing populist speech at the Madrid Congress.

While some opposition is finally starting to be voiced within the EPP, few prominent members are calling for the expulsion of Orbán and his Fidesz party. EPP president Joseph Daul, who is a long-time and vocal supporter of Orbán, hides behind the argument that the EPP would lose its influence over Fidesz if they were to expel the party and its leader. What that influence is exactly he has never said, however.

After years of crying wolf, it might no longer be easy to convince the increasingly skeptical European citizenry that liberal democracy in Europe is truly in danger. They have heard it before, many times in fact since the late 1980s, after every modest election success of a far right party. This time it is different, however. This time the threat comes from within the European elite. It goes to the core of the European power structure and it is gaining ground fast, with Poland as its newest ally.

If the European leadership in general, and the EPP in particular, doesn’t change its short-sighted, opportunistic strategy and finally stand up for its core values, that much feared future election victory of Marine Le Pen might not even matter that much any more.

This piece first appeared in OpenDemocracy‘s Can Europe Make it? series.

Cas Mudde is associate professor in the School of Public and International Affairs at the University of Georgia (USA). He is the author of Populist Radical Right Parties in Europe (2007) and editor of Youth and the Extreme Right (2014), Political Extremism (2014), and Populism in Europe and Latin America: Corrective or Threat for Democracy? (2012). He is a member of the Scholars Strategy Network and can be followed on Twitter at @casmudde.

How Europe talks about itself: Lessons from the Euro Crisis

3 Responses to As Europe looks fearfully outside, its liberal democracy is under attack from within