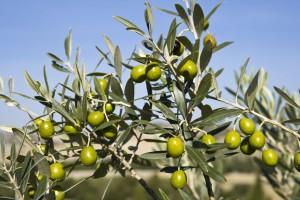 On 10 March, the European Parliament voted in favor of a measure allowing Tunisia to export yearly 35,000 tons of olive oil tax-free in the European Union, for two years. That is, Tunisia will be allowed to export to the EU 70,000 tons of olive oil between 2016 and 2017 with no further duties. The decision has attracted much criticism from associations of local farmers, especially in Italy. The Italian Minister of Agricultural Policies, Maurizio Martina, spoke against the decision, because it would damage the Italian olive oil sector. The controversy prompts us to reflect on the policy options the European Union has towards the Southern Mediterranean countries. Furthermore, it shows how much gap there exists at national level between political slogans – even the most populist ones – and concrete action(s).

The Tunisian olive oil affair should be framed in a wider context that takes into consideration the Mediterranean environment. Here, we confront three intertwined macro-issues: the difficult political transition of the countries that have experienced the so-called Arab Spring; the unprecedented flow of immigrants coming to Europe in the last two years; and the spread of Islamic terrorism in North Africa. What do these factors have in common and what is their relation with the olive oil affair? In fact, many things. The primary reason why the EU has decided to adopt this measure lies in the political will to support the Tunisian economy in one of the most delicate moments of its recent history. To date, Tunisia is the only country that offer some hopes for real democratic change. Unlike Egypt, Libya, Syria and Yemen, it has undergone a process of democratisation that led to the adoption of a new constitution and to the holding of free and fair elections. This does not mean that there are still no big obstacles. Among them, the most relevant – sometimes connected to each other – is the economic crisis that has deteriorated since 2011, and the spread of jihadism. This became evident with the attacks on the Bardo Museum in Tunis (18 March 2015) and on in Sousse (26 June 2015), in which dozens of Western tourists (among them 30 British) have lost their lives. These two attacks have dealt a blow to one of the most important sectors of the Tunisian economy: tourism. This sector accounts for about 14% of the total national GDP. About 15% of the labor force is employed in tourism. After the attacks of 2015, foreign visitors have dropped by one million, threatening the Tunisian economy with collapse. Against this background, terrorism has continued to expand and it now puts at serious risk the Tunisian transition process, partly as a result of the security crisis in neighboring Libya too. Following the Bardo and Sousse attacks, European governments and public opinion have been active in proclamations and promises of aid. For a few days, as was the case for the attacks in Paris, “we were all Tunisians”.

How, though, can we help Tunisia directly with concrete actions, beyond rhetoric? It is in this framework that comes the decision to help the Tunisian agricultural sector, specifically, the olive oil one. This accounts for 10% of all Tunisian exports and for 40% of all its agricultural exports. Therefore, supporting Tunisia in one of its most relevant assets would really help its economy, even if Tunisia also needs structural reforms aimed at reducing the regional imbalance between its Eastern and Western regions and at creating new qualified job opportunities. In any case, this time the measures adopted by the European Union represent a small (and positive) revolution. Moreover, they can help to change the perspective of European action in the Southern Mediterranean. In 1976, when Tunisia signed an Association Agreement with the EEC (European Economic Community), it had paradoxically found itself embroiled in the European protectionist system. Instead of encouraging the Tunisian economy, the agreement brought about the collapse of its agricultural exports. In the early ’80s, the Tunisian food exports had fallen from 30% of total exports to 7%, because of the European tariff policies and of the competition of the then emerging Southern Europe economies (Greece, Spain and Portugal). Now, Brussels is trying to help Tunisia with a concrete action. It is worth noting that this action directly speaks to European interests as well. Therefore, supporting Tunisia in this transition phase would to contribute to a more stable Mediterranean. EU is faced with two options: on the one hand, keep devising short-term policies with small and temporary results; and on the other hand, opting for policies aimed at achieving results in the long term. We can compare this decision to the management of migration policies. Up to now, Europe has not been able to provide an answer that could address the causes of the crisis and not the consequences, acting only to stem the temporary emergency. On the contrary, the choice taken in respect of Tunisia has the potential – at least in its intention – to address the structural factors of instability, giving the country a concrete hope of economic recovery over the next two years.

After the attacks of 2015, “we were all Tunisians”. Still, against the decision to host refugees from the Middle Eastern wars, the Italian populist parties (such as the Northern League) have coined the slogan “aiutiamoli a casa loro” (that could be translated as “let’s help them in their own countries”). This would mean to intervene in countries of origin and of transit of flows, in order to encourage enough local development to curb the flows themselves. The hypocrisy of this slogan has been unmasked by the widespread protests against the decision of the European Parliament on Tunisian olive oil, with the aim of protecting the Italian producers. Indeed, what better testing ground for the “help them at home” slogan than supporting one of the more profitable Tunisian sectors? That measure is unlikely to affect the Italian production and export. Between 2014 and 2015, oil production in Italy has fallen dramatically, from 464,000 to 222,000 tons, although for 2016 it is expected to recover. Consequently, also exports fell, from 350,000 to 200,000 tons. Against these data, the domestic consumption reached 580,000 tons. This means that even if Italy had not exported at all, it would lack at least 300,000 tons to meet the domestic needs. At the same time, Tunisia has had a record production in 2014-2015 and became the first exporting country in the world, with 300,000 tons of oil exported. The 70,000 tons allowed by the EU to be exported tax-free from Tunisia will be allocated among the entire common market, not only in Italy. Moreover, given the Italian needs, it is difficult that Tunisian olive oil exports may constitute a danger for the Italian producers, especially considering the fact that the total volume of imports from Tunisia would remain unchanged. Rather, such policy would help the Tunisian economy, hopefully contributing to stem the phenomenon of radicalisation, which could have devastating long-term effects on Europe itself. Partly as a result of socio-economic crisis and of the ensuing marginalisation of its youth, Tunisia is the country with the highest number of foreign fighters in Syria, Iraq and Libya (about 6,000). Many of them will come back to Tunisia and could aspire to reach Europe too. Tunisian coasts are 140 kilometers away from Italy, i.e. from Europe. Boosting the Tunisian economy is just a start, but still the only truly liable to curb this phenomenon.

2 Responses to The EU’s olive oil diplomacy: Italian fears and prospects for Tunisia