What is Europe? What is this Crisis about? Through history there have been multiple images of Europe, nourished by different histories, experiences and political imperatives. The current crisis reveals some of the fault lines between these images.

At the recent POLIS journalism conference at the LSE one journalist responded to the question “what do you mean by Europe?” with the simple answer: “I just mean Europe,” gesturing with his hands. Is it really that simple? After all, when it comes to details there is plenty of disagreement about the nature of the current crisis in Europe and how it could be resolved. What explains this disagreement? One answer may be found by exploring different images of Europe. 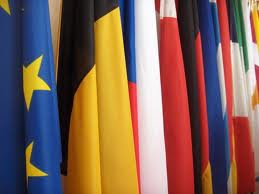 Like any image or identity, Europe is constructed. Different parts of the continent have different European histories, experiences and expectations, and might vary slightly in the values they associate with Europe. And so there is a possibility that when we speak of a crisis in Europe, we mean the crisis of different things, and consequentially see different solutions. In fact a recent Eurobarometer report registered a decline in the perception that Europeans share similar values. What might these differences be?

For instance, in rebuilding postwar (West) Germany a close identification with Europe and Europhilia was a means of seeking redemption from the past. Many Germans today still identify with Europe in similar ways, and consider it a bastion of Rechtsstaatlichkeit. Only a few weeks ago the chair of the German SPD, Sigmar Gabriel, appealed to this very image of Europe when he wrote that Europe needs not Realpolitik but a community of values (Wertegemeinschaft), implying shared norms. Perhaps this explains why some Germans consider the erosion of the Rechtsstaat through the reforms of Hungary’s Orban government as a greater threat to Europe than a drop in prosperity or technocratic governance. Thus some Germans may view the troika as merely enforcing the rules that were broken, in the belief that the crisis can be remediated by enforcing Maastricht criteria.

Perhaps a similar story can be told from a Spanish or Greek perspective. Here Europe might also be associated with overcoming the ghosts of the past. Particularly it might be associated with accountability, democracy and prosperity, in the post 1973 / 1978 transitions to and consolidations of democracy. Europe might be associated with the promise that government will remain accountable and that economic development will deliver greater prosperity. On these counts Europe is currently failing many Europeans. Rechtsstaatlichkeit might be valued, but not at the expense of democracy and prosperity. After all, if your country is receiving a bailout (or is on the brink of needing one) Europe is making you poorer and your government less accountable.

One can make a similar case about the Economy: If you are German you might associate prosperity with industry, manufacturing, mechanical engineering. You might believe that wealth is generated by building things that you can sell around the world. Finance might seem like fishy business. And you might see the recent crisis as the failure of financial capitalism and credit-fueled growth, and a vindication of the German model of industry led exports. Perhaps when Wolfgang Schäuble declared that Cyprus must shrink its banking sector, he was expressing genuine belief that banking alone cannot make an economy.

If you are Cypriot on the other hand you might associate wealth more strongly with financial services, while industrialism might seem alien to you. And consequentially, you might consider the involuntary shrinkage of Cyprus’ banks the destruction of your economy and a throwback to less prosperous times. So when we speak about economic problems and how to solve them, what economy are we speaking about and what vision of a ‘healthy’ European economy are we pursuing?

The story above may be flawed or inaccurate, and it is not intended as an assessment of the soundness of different political and economic vision. But it is to say that we might be taking for granted a common image of Europe, we might be assuming that when we speak of Europe we mean the same thing as others, and when we talk of the economic crisis, we share the same assessment of economic problems.

And of course, if different Europeans have different images of Europe, these images may also reflect their preference for arrangements that distribute power and resources in their favor. If you are German you may prioritise rule following as a means of limiting intra-European transfers. If you are the recipient of bailouts you may prioritise democracy as a way of softening the conditionalities of these bailouts.

Europe means different things to different people, and when we speak of the ‘crisis’ there is a real possibility that we mean the crisis of different things. We should remember, as Anthony Pagden writes, that “the vagaries and uncertainties that once hung over the notion of a single European identity hang there still.” The images of Europe are various because they emerged through various histories, manifest different experiences and because they express different hopes and promises. There is no accepted, non-question begging image of Europe, even if our own discourses would have us believe so. Perhaps one step towards solving the current crisis is to better understand what Europe means to our European neighbors?

5 Responses to Do Europeans share a common image of Europe?