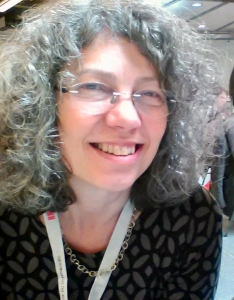 Professor Sonia Livingstone
After studying at UCL and Oxford, Sonia has spent some 25 years at LSE developing a comparative, critical and contextualised approach to investigating people’s everyday engagement with media. She asks why and how the changing conditions of mediation are reshaping ordinary practices and possibilities for action, identity and communication rights. Her empirical work examines the opportunities and risks afforded by digital and online technologies, including for children and young people at home and school, for developments in media and digital literacies, and for audiences, publics and the public sphere more generally, with a recent focus on children’s rights in the digital age. In recognition for her advice to various government and stakeholder organisations over the years, she was awarded the title of Officer of the Order of the British Empire (OBE) in 2014 ‘for services to children and child internet safety.’ On a personal note, Sonia’s two children and, now, four grandchildren have long been a welcome source of inspiration and advice on youthful online experiences. 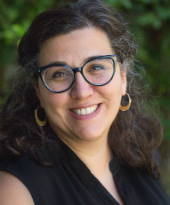 Dr Alicia Blum-Ross
Alicia has worked as a researcher and advocate within and outside academia, maintaining her focus on children’s rights and safety online, in particular how children, youth and families can be supported to connect, create and learn through and about digital media and technology. She has a doctorate in Social Anthropology from University of Oxford, and completed a post-doc at the Digital World Research Centre at the University of Surrey before coming to the LSE where she taught as an LSE Fellow and received funding from the ESRC for her project ‘Sharing youth voices.’ From 2014-2018 she worked with Sonia Livingstone on the Parenting for a Digital Future research project and blog, and on Makerspaces in the Early Years. Alicia has also worked for the British Film Institute, the ICT Coalition for Children Online, BAFTA and Into Film, among others. At the end of 2018 she started a new role as the Global Public Policy Lead for Children and Families at Google/YouTube, while continuing to write up her research as a Visiting Fellow at the LSE and raise her five-year-old twins. 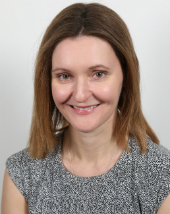 Kate Gilchrist
Kate is the blog editor for Parenting for a Digital Future. She is currently also completing her PhD in the LSE Media and Communications department, supervised by Dr Shani Orgad and Dr Leticia Sabsay. Her research focuses on the construction of feminine subjectivities through the figure of the single woman in popular cultural representations and narratives of lived experience. She completed her MSc in Gender at the LSE’s Department of Gender Studies in 2014. Kate previously has 15 years’ experience working as a sub-editor/editor in consumer and trade magazine and journal publishing. With a young niece and nephew, she is interested to see how they are growing up in a digital world. 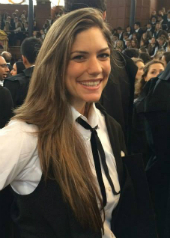 Paige Mustain
Paige Mustain recently graduated with a PhD from the University of Oxford’s Oxford Internet Institute and is currently working as a research assistant for the Parenting for a Digital Future project and Julian Sefton-Green’s Preparing for Creative Labour. Her doctoral research looked at the influence of technology centred education models serving lower income groups. She has also worked with Oxford’s Education Department on a project called Go_Girl: code+create where she was teaching young women programming skills and will be conducting research for a European Commission policy project looking to mainstream innovative school organisations. Being interested in youth and media more generally and with her close friends beginning to have children, she is increasingly curious about what unique situations parents are faced with today and what the different approaches are. 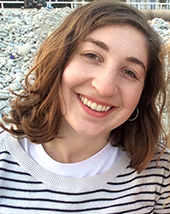 Jennifer Pavlick
Jennifer was the project assistant and blog editor for Parenting for a Digital Future. She completed her master’s degree in Culture and Society in the Department of Sociology at the LSE. Her research focused on the historical and political discourse around American values, and asks how a narrative is taught in school to produce ‘patriotic citizens.’ With a growing interest in education when children have access to social media, she is curious about the boundaries of a parent’s role. Beyond her work, Jennifer pursues an interest in contemporary art. She has written for the Institute of Contemporary Art London (ICA) Blog in conjunction with her curatorial programming as part of the TEXT2SPEECH reading-group series. Additionally, her work and writing is featured in Perpetual Inventory II, exploring contemporary sculpture practices. 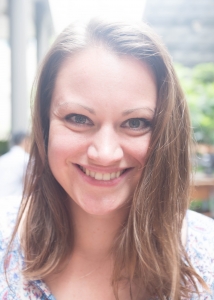 Svenja Ottovordemgentschenfelde
Svenja is now working as a senior design researcher in the digital technology practice at Deloitte. She was a doctoral researcher at the LSE, a Research Fellow at the Tow Center for Digital Journalism at Columbia University and the research assistant to the Parenting for a Digital Future project. She has a master’s from LSE and her doctoral research is interested in questions around the journalistic use and adoption of social media platforms, especially Twitter. She has previously worked with Sonia Livingstone and Julian Sefton-Green on The Class project and contributed to the UK branch of a European Commission pilot study that examined young children (0-8) and digital technology. Svenja grew up with an 11-year age difference from her baby sister, which often makes her feel like half a parent.

César Jiménez-Martínez
César is a doctoral researcher at the LSE and is currently working as a project support assistant for the Parenting for a Digital Future project. He worked in Chile for almost a decade as a journalist and, later on, in public relations and branding. He holds a double master’s in Global Media and Communications from the LSE and the University of Southern California. His research focusses on issues of media and nationalism, nation branding and media events. As a middle child, he feels he was partly raised by his elder brother, while at the same time, he also feels he contributed to raising his younger sister.

This project is being conducted in tandem with Preparing for Creative Labour, led by Julian Sefton-Green, which examines the barriers and enablers to young people’s transition from participation in semi-formal learning organisations to paid work in the cultural and creative industries and how different forms of learning identity and ‘professional’ development support or hinder entry into work.

Enter your email address to receive new posts by email

This work is licensed under a Creative Commons Attribution-NonCommercial-NoDerivs 3.0 Unported License