Rescuers & Redeemers: The Evangelical Church’s Role in the Anti-Trafficking Movement

Rescuers & Redeemers: The Evangelical Church’s Role in the Anti-Trafficking Movement

On a recent Sunday night in central London, I attended an Evangelical Protestant church service. Midway through the worship portion, the music leader stopped the fervent singing to welcome a woman to the stage. She had just completed a two-week-long bike trek across Europe to raise awareness about sex trafficking and was now back in London to talk about it. After an impassioned recount of her journey and the horrors of sex trafficking, she pleaded, at the music leader’s request, for us to pray for these victims. And the service continued.

Having grown up in American Protestantism and remained skeptically involved, I have sat through many similar church services that focused on abolishing sex trafficking. But this time was different. Something didn’t feel right.

The increased attention sex trafficking has garnered in the mainstream Western media and public has come under feminist scrutiny for various reasons. Indeed, many scholars in the United States have offered a critique; Gretchen Soderlund (2005) places the anti-sex trafficking agenda in the context of conservative politics, and Ronald Weitzer (2007) points to the problematic “crusade” ideology associated with the issue. But what are the specific problems in the context of the American (and British) Evangelical Church?

Seeking to address this question and simultaneously my own feelings of discomfort, I started by evaluating current practices in the American Evangelical movement around women and sexuality. Women continue to be largely absent from Church leadership, and Biblical texts supporting male “headship” continue to justify the subjugation of women in both the home and church. A survey produced by UK Church Statistics (2005-2015) reports that women only occupy 20.05% of ministerial positions in UK Evangelical churches. The situation is bleaker in the US, with many denominations forbidding women from leadership positions, while the few that do allow women in leadership show figures similar to the in the UK. In the Assembly of God denomination alone women occupy a mere 20.6% of ministerial positions (AG U.S. Ministers Report, 2010).

At the same time, the sexual purity movement in the mainstream Evangelical church continues to grow. In the United States, this movement involves purity rings, abstinence pledges, and even father/daughter purity balls. Feminist blogger and writer Jessica Valenti describes in her book The Purity Myth how this movement, in renouncing sexual liberties and celebrating the “pure” virgin, reinforces stereotypical gender identities while also severely limiting women’s sexuality.

These practices, currently prominent in many (though certainly not all) American Evangelical churches, create a context for critiquing their concurrent anti-sex trafficking efforts. How can an institution that constrains women’s power and voice in such systematic and far-reaching ways also argue so passionately for women’s agency and freedom in another realm? And on that point, is freedom only allowable for the Other (foreign) woman? While some churches and Christian organizations do recognize the trafficking of women on a more local level, the majority focus almost exclusively on a romanticized notion of the “noble savage,” the innocent and sexually vulnerable foreign girl, typifying her while maintaining a safe enough distance to not distort these idealizations and fantasies.

Drawing on Biblical passages that revere the Virgin Mary (Jesus’ mother) and rescue the sexually defiled (Jesus and the prostitute in Luke 7), the anti-trafficking movement allows the Church to play both the Rescuer and the Redeemer of innocent women preyed upon by the rampant sexual immorality of the world. Indeed, rescue and restoration language is pervasive throughout the Old and New Testaments; after all, it was Jesus who came to redeem the fallen world. The Church’s framing of the discourse around sex-trafficking puts them in a convenient position to rescue girls from sexual misconduct and restore their virginal virtues, all while strengthening their message against sexual immorality.

I would argue that an entity that severely limits female sexuality through the purity movement, lack of sex education, and in many cases reproductive rights, cannot also fully engage in the varied and complex dimensions of sexual exploitation. The focus on sex trafficking, therefore, becomes yet another channel through which Christian institutions are able to carry out their sex-negative agenda, particularly by casting themselves as Rescuer, Redeemer, and even the familiar role of Western male hero saving the passive and helpless female.

That Sunday night, the worship leader earnestly prayed that men would stop wanting the sexual services performed by these trafficked women. I looked around at the many men in the audience—arms raised high, eyebrows furrowed in religious fervor—and contemplated the contradictions. While sex trafficking remains a legitimate problem worthy of religious and non-religious attention, I wondered what it would take to bring the focus back to the Church itself. What if we addressed domestic and sexual violence against women within our very own American and British church congregations and communities? What if we moved away from the sexual altogether and addressed more general discrimination against women—especially that which insidiously pervades all manner of church life? What if we examined exactly what our dollars and pounds are saying and enacting for us across the world; in other words, what else are we purchasing with our Nike shoes and Nestlé chocolates?

Maybe then, if these questions could be resolved, or at least addressed, the Church could structure its interventions in societal ills such as sex-trafficking with the integrity and ethical approach that the issue deserves. 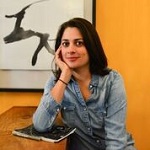 Dr. Katie Gaddini is a Research Assistant at the University Cambridge. Katie holds a MSc in Gender Studies from the London School of Economics, and a Master’s of Social Work from Boston College. She has previously worked in various social work capacities in Peru, South Africa, Spain and the U.S.

Bad Behavior has blocked 518 access attempts in the last 7 days.