The ‘private’ life of US politics part one: affect, intimacy and Trump

The ‘private’ life of US politics part one: affect, intimacy and Trump

Like many, I have watched closely the rise in political appeal of Donald Trump to become the US presidential candidate, with as much horror as fascination. There have been lots of explanations for what was considered a very unlikely scenario not so long ago (although Trump’s election as president was famously predicted in a now more chilling, than amusing episode of The Simpsons in 2000). Whether he wins or not (at the time of writing the jury was out), his appointment as the Republican presidential candidate nevertheless marks a significant shift towards a populist politics within the US.

It should be noted that this post takes Trump, and the broader US political climate, as an example of a rise in populist political sentiment that is by no means confined to that country or this timeframe, but has nevertheless been gathering momentum with voters throughout the world, from the UK’s Brexit vote, to Russia, Poland, Venezuela and Israel. And in referencing Trump, I am referencing the particular form of populism that he represents and which voters are supporting, rather than him directly. Indeed it is difficult to consider exactly Trump’s position as he is notoriously inconsistent, erratic and contradictory in his political opinions but it is defined here as one that is homophobic, racist, ethnicist, Islamophobic, sexist.

But this begs the question where has such a sentiment come from and why has his form of politics been so successful now? In reading Lauren Berlant’s introductory chapter to Intimacy: a special issue [1] (1998), it struck me that her theoretical insights can perhaps be applied as a way of exploring the affective life of US politics as a whole and thus offer an alternative understanding to the usual economic, historical and socio-political analysis. Berlant’s exploration of affect and intimacy within the public political sphere offers a more nuanced explanation of these shifts, helping us to understand, engage with and better challenge rather than simply dismiss, or lampoon, the rise of such rhetoric. In this post I will take a look at Donald Trump, while in part two, I will examine a wider political debate that has been taking place about transgender rights and public bathrooms. 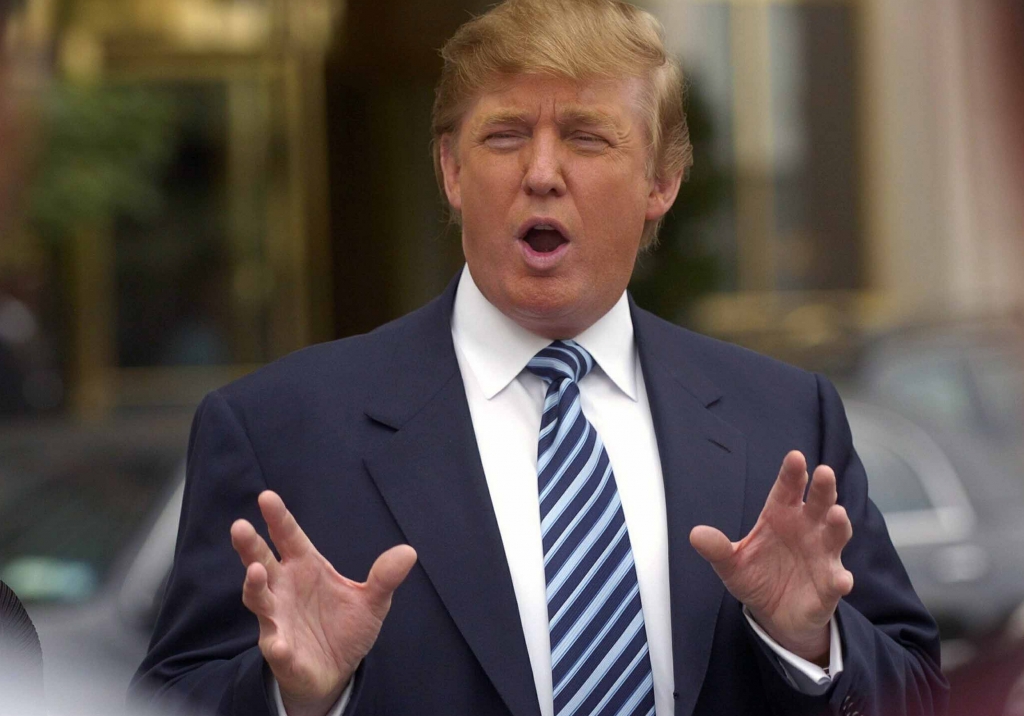 So how does Berlant’s concept of intimacy relate to the political sphere? In her article, Berlant builds upon Jurgen Habermas’ [2] theory of ‘critical publicness’, which posits that liberal democracy depends on the development of a highly policitised ‘public intimacy’. Such public intimacy is developed within the domestic sphere of the family, café culture, and emergence of mass media, and Berlant argues that there is no clear division between public and private, individual and collective subjectivities, with such spaces always orientated towards, and formed within, a public audience. Berlant also, of course, builds on a long history of feminist theory [3], which has posited that the divide between the public and private realm helps to construct as well as reproduce hegemonic norms and structures such as, for example, the gendered division of labour within the domestic space. Berlant argues thus that far from there being a division between a public, instrumental space, and private, affective, space, the political sphere and public institutions can in fact be read as ‘institutions of intimacy’. It this space she terms the ‘intimate public sphere’, and it is through our ‘modes of attachment that [we] make… collective scenes intimate spaces’ (1998, 288). We can thus examine the ways that intimate attachments actually ‘make people public, producing personal identities and subjectivities’ through such public institutions.

Berlant further argues that we have become psychically attached to such a boundary, as it makes the world ‘intelligible’, and turns what is a ‘cluster of taxonomic associations into facts’ (1998, 283) and ultimately claims to stabilise what is inherently unstable. Therefore anything which disrupts such a binary between public and private, says Berlant, within our intimate public institutions, such as claims from minority groups such as feminist, antiracist or antihomophobic movements are ‘experienced as an irruption of the most sacred and rational forms of intimate intelligibility, a cancelling out of individual and collective destinies, an impediment to narrativity and to the future itself’ (1998,287). Such a sense of crisis is perhaps what we are currently witnessing within the US political arena.

Fuel to the fire

We can apply Berlant’s theory to perhaps help understand the tragic event in June 2016 in Orlando, where 49 people were killed and 53 injured in an attack on an LGBTQ club. It should be said that such attacks have a long history, and are not confined to the US, or merely a ‘current problem’. But by applying such a theory we can suggest that this community, defined as it was by multiple intersections of minority sexual, gender and racial and ethnic groupings, was making a claim to recognition, gathering within what I argue under Berlant’s theory is an ‘intimate public institution’, a modern form of Habermas’s café culture, in the form of a nightclub. It is an example of how the organization of intimate life within such an ‘intimate public’ institution can challenge and broaden previously normalized knowledge and practices surrounding gender and sexuality as ‘minority publics’. While the actual motives of the attacker are unclear and complex, the act of violence committed is perhaps an example of such ‘psychic irruption’ in its most extreme, horrific and destructive form. Donald Trump’s reaction to the event is one example of how it was experienced at the wider ‘intimate public’, political level. Instead of acknowledging it as part of an exposure of the affective tensions surrounding the policing of, blurring and disruption of the binary divisions of gender and sexuality, he obscured such issues to further his political goals, and in doing so helped to construct and reproduce an affective sense of ‘crisis’, and continued to exclude minorities.

He pledged to ‘protect the LGBTQ community from radical Islam’. Instead of denouncing homophobia and the persecution of sexual minorities, he turned it into an issue of national security and religion, Islamaphobia, homonationalism and terrorism. Indeed such claims were particularly misguided as the people he was saying he would ‘protect’ are the very ethnic groups he plans to exclude through a range of anti-immigrant policies that specifically target Latin American countries such as Mexico. Intersections with race were ignored by Trump and within most of the media coverage, which often failed to note that approximately 90% of the victims were Latinx or of Latinx descent, and it was a Latin-themed night. Statistics show that the majority of victims of violence within the LGBTQ community are those of colour. Thus the many anti-immigrant remarks that Trump has made in his campaign stand in contrast to his alleged support of such groups.

Trump then stated the solution would be to arm every person with a gun, which serves to both individualise the issue and deflect it towards gun control. But by doing so, he once more reinforces the division between collective, public and the individualised private sphere in– applying Berlant – an impossible desire to eliminate anxiety and enforce stability where there is none. Further, he then claims: ‘if we don’t act we aren’t going to have a country anymore’, a statement that calls into question the future of US society as a whole, and, again, evoking Berlant’s suggestion that the blurring of such boundaries within this intimate public space is felt psychically as a form of ‘impediment … to the future itself’. Thus Trump’s campaign, we can see in this example, deepens, constructs, reproduces and sustains such affective tensions.

The future is… Trump’s?

Indeed it is this affective desire for the protection of the fantasy of the future that Trump’s entire campaign slogan ‘Let’s make America great again’ has flourished on, exploited and exacerabated. Thus it is, perhaps, the emergence of the very forces Berlant outlines in the following extract, which has exacerbated such a sense of collective anxiety within the ‘intimate public sphere’, and been the vehicle by which Trump’s campaign has progressed:

‘When states, populations, or persons sense that their definition of the real is under threat; when the normative relays between personal and collective ethics become frayed, and exposed; when the traditional sites of pleasure and profit seem to get ‘taken away’ by the political actions of subordinated groups, a sense of anxiety will be pervasively felt about how to determine responsibility for the disruption of hegemonic comfort. This unease unsettles social and political relations between, within and among many people, nations and populations, especially formerly sovereign ones. Various kinds of hate crime, bitterness and “comedic” satire frequently ensue.’ (1998, 287)

In a way, the emergence of Trump’s politics on the mainstream political stage perhaps demonstrates that certain ‘hegemonic comforts’ have been successfully disrupted. But the desired outcome of such disruption is to widen inclusion and embrace diversity in modes of attachment, and so a populist shift is not a comforting one. Little comfort can be taken from the fact that Trump’s politics has so very effectively magnified and played on a sense of unease, rather than allowed the greater acceptance of fluidity and instability in ‘intimate public’ spheres. It may be that a defeat will mark a turn against such affective dissonance, and demonstrate that Trump’s rise to political power was only a brief part of the incohesive and continually shifting, contradictory ‘desires’ of intimacy that Berlant so eloquently describes. We have yet to see. But it is only by identifying and analysing the impact of such shifts within the hegemonic public sphere from an affective perspective that we can be fully aware of the consequences of further fueling such anxiety. All we know for sure is that in the political sphere of the US presidential elections, voters have much to contend with when they go to the polls on 8 November.

See also the second part of this post, which looks at Berlant’s theory in respect of the debate surrounding transgender rights and public bathrooms.

Kate Gilchrist is a first year PhD researcher in the LSE’s Media and Communications department, examining singledom and femininity. Kate completed an MSc in Gender at the LSE’s Gender Institute in 2014. As well as freelancing as a sub-editor and writer for a wide range of national and international magazines and journals, she has volunteered for several gender-rights based organisations in the UK, Central America and Asia.

Bad Behavior has blocked 488 access attempts in the last 7 days.