Debates around sexual violence often place consent – and, in particular, the lack of it – at the heart of their definitions. In popular discourse as well as in legal judgements, consent is the hinge around which a particular act is understood as ‘sex’ or, alternatively, as ‘violence.’ However, despite the simplicity and rigidity often attributed to consent as a dividing line, feminist activism and scholarship across multiple disciplines has revealed the murkiness, the slippages, and the politics involved in invoking a liberal notion of ‘consent’ in defining sex and violence – and, indeed, in distinguishing violence and non-violence more broadly. Some have argued, for example, that the coercive nature of particular contexts – such as war, or varying scales of poverty – negate the possibility that ‘true’ consent can exist, such that all sex under these conditions should be considered violence. Others have pointed to the paternalistic erasure of agency and the undertones of moral judgement entailed in denying the ability of particular subjects to consent to doing particular things with their bodies. Moreover, given that the lines between contexts of ‘coercion’ and contexts of ‘freedom’ and the positioning of different subjects within them are never fixed but always blurred and shifting, the process of drawing firm lines between the spaces of consent and of coercion will always be fraught and contested. And yet, we find ourselves compelled to draw such lines, and to draw them with force and with urgency, because their drawing is inescapable in relation to important questions of protection from bodily harm, of promotion of bodily autonomy, and of criminal liability.

Seeking a space in which to think through what is at stake in the politics of naming consent, violence, and sex, we – Harriet Gray and Maria Stern – held an interdisciplinary workshop at the University of Gothenburg, Sweden, on the 8th and 9th of June 2017.[i] The theme of the workshop was ‘Unpacking Consent: Making sense of sex, violence, and subjectivity.’ We invited scholars from around the world and across disparate disciplines to share their work and engage in debate. Our discussions at the workshop were challenging and enlightening, and opened many doors for future debate as well as identifying sticking points and difficulties. Many of the participants expressed deep reservations about the concept of consent, for a range of reasons. It relies upon a limited and limiting idea of liberal subjecthood which, in assuming an autonomous and rational decision-making subject, obscures the multiple ways in which subjects are interdependent, socially constituted, and embedded in a complex and fluid social context. It falls far short as a standard for identifying ethical sexual practice. Dominant ideas about consent claim to provide a universal framework, but in practice are insufficient for making sense of the complex intermeshed relationships between power, desire, and subjectivity in many social contexts. At the same time, however, participants found themselves time and time again drawn back to consent as a flawed yet inescapable necessity – for all its faults, it seems, we do not (yet?) have an alternative which enables us to move away from centring consent in dealing with questions of sex and violence.

One of the limitations in the debate which our discussions revealed was the tendency of scholars interested in questions of sexual violence and consent to engage mainly with other work from within their own disciplinary boundaries. Those of us working within legal studies, for example, might not engage fully with the rich body of critical work around consent and subjectivity. Equally, those of us working in sociology might have a limited understanding of legal principles and frameworks. Similarly, scholars of international relations often have only a limited grasp on the dynamic debates taking place in philosophy and in gender studies more broadly. In an effort to begin to overcome these limitations, several of the workshop’s attendees have come together to collate a collective bibliography which we hope will encourage greater interdisciplinary thinking and engagement and will provide a useful resource for researchers interested in this important topic. To ease readers in finding their way through the post, we have grouped texts together under section headings. These headings are a limited tool – in many cases, for example, particular texts could no doubt fit under two or more of the categories – for our purposes here, they should be read as nothing more than a crude navigational aid. In addition, this bibliography is of course far from exhaustive – and indeed, it is not intended to be seen as ‘finished.’ We welcome readers to add further references in the comments on this post.

Baker, Denis J. 2009. ‘The Moral Limits of Consent as a Defense in the Criminal Law’ New Criminal Law Review: An International and Interdisciplinary Journal 12(1): 93-121.

Cowan, Sharon. 2008. ‘The Trouble with Drink: Intoxication, incapacity and the evaporation of consent to sex’ Akron Law Review 41: 899.

Egan, Kelly. 2007. “Morality-Based Legislation is Alive and Well: Why the Law Permits Consent to Body Modification But Not Sadomasochistic Sex,” Albany Law Review 70: 1615-42.

MacKinnon, Catharine. 1983. “Feminism, Marxism, Method, and the State: Toward Feminist Jurisprudence.” Signs: Journal of Women in Culture and Society 8(4): 635-58.

MacKinnon, Catharine. 1989. Toward a Feminist Theory of State. Cambridge, MA: Harvard University Press. (In particular, the chapter “Rape: On Coercion and Consent.”)

Wallerstein, Shlomit. 2009 ‘A Drunken Consent is Still Consent’—Or is it? A Critical Analysis of the Law on a Drunken Consent to Sex following Bree.’ The Journal of Criminal Law 73(4): 318-344.

Fischel, Joseph J. 2016. Sex and Harm in the Age of Consent. Minneapolis: University of Minnesota Press.

Fischel, Joseph J. 2013. “Against Nature, against Consent: A Sexual Politics of Debility,” Differences: A Journal of Feminist Cultural Studies 24, 1: 55-103.

Rickert, Thomas Joseph. 2007. Acts of Enjoyment: Rhetoric, Žižek, and the return of the subject. University of Pittsburgh Press.

du Toit, Louise. 2009. A Philosophical Investigation of Rape: The Meaning and Unmaking of the Feminine Self. New York, NY: Routledge.

Sex and consent in the context of war and militarism

Halley, Janet. 2008. “Rape in Berlin: Reconsidering the criminalisation of rape in the international law of armed conflict.” Melbourne Journal of International Law 78.

Easton, Dossie, and Catherine A. Liszt. 2000. When someone you love is kinky. S.l. London: Greenery ; Turnaround.

Fowles, Stacey May. 2008. The Fantasy of Acceptable “Non-Consent”: Why the Female Sexual Submissive Scares Us (and Why She Shouldn’t). In Jaclyn Friedman and Jessica Valenti (eds.) Yes means yes: Visions of female sexual power and a world without rape. Berkeley, CA: Seal Press.

Pa, Monica. 2001. “Beyond the Pleasure Principle: The Criminalization of Consensual Sadomasochistic Sex.” Texas Journal of Women and the Law 11:51-92

Queen, Carol. 2009. Exhibitionism for the Shy. Gardena, CA: Down There Press.

[i] The workshop was funded by the the Swedish Research Council (grant number 2014-3519) and the Gothenburg Centre of Globalisation and Development. We would like to thank these funders for their generous support. 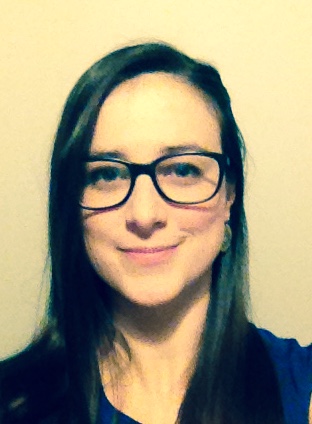 Bad Behavior has blocked 765 access attempts in the last 7 days.